5G is currently rolling out across Australia, with Telstra, Optus, and Vodafone each sending 5G sites live and offering 5G products and coverage. But while the next-generation mobile network has been hyped as a game-changer, you’d be forgiven if you’re not quite sure what all the fuss is about.

If you’re happy using existing 4G networks, you may be wondering just how 5G is better, and if you’ll even notice the differences between the two. Fortunately, we’ve answered some of your most-asked questions about 4G and 5G, covering everything from speeds to prices, to network safety. Read on for Canstar Blue’s simple guide to 4G vs. 5G in Australia.

The terms ‘4G’ and ‘5G’ refer to generations of mobile network technology. A ‘generation’ is a term that categorises major developments in how these mobile networks operate and transmit information, such as a move to a different frequency, a jump in speed, or a change in how that technology is used.

4G is the fourth generation of mobile network technology, the successor to 3G. Likewise, 5G refers to the fifth generation, and the next step up from 4G in terms of speed, performance, and applications in everyday life.

To sum up each generation so far:

How is 5G different from 4G?

The big differences between 4G and 5G are speed, latency, and bandwidth. Theoretically, 5G can reach speeds 20 times faster than 4G, although it’s likely to be a while before we see anything that impressive in Australia. 5G will send and receive data much faster, reduce lag on video calls and gaming, and allow more users to connect at once with less congestion – perfect for activities such as virtual reality, tele-medicine and tele-learning, and even self-driving cars. 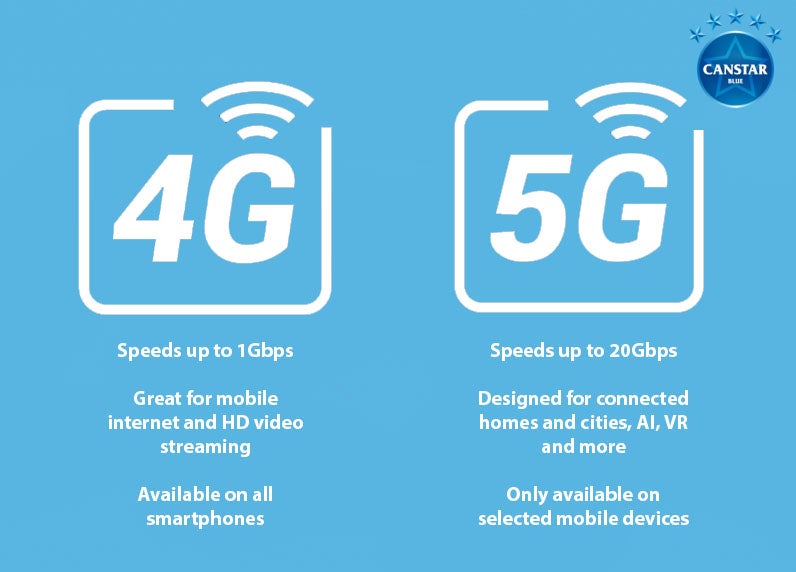 This is achieved through a combination of improved technology, updated infrastructure, and utilising new wireless frequencies. In Australia, the three mobile network providers – Telstra, Optus, and Vodafone – have each prepared for 5G by rolling out software and hardware updates, including upgrading existing mobile base stations. Currently, 5G is offered on the same mid-range radio frequencies as 3G and 4G (below 6 Gigahertz, or GHz), and network providers plan to re-purpose old and out-of-use 2G spectrum to further expand 5G coverage.

Eventually, 5G will also be launched on higher frequencies of between 30GHz and 300GHz, known as millimetre wave or ‘mmWave’. This will enable even faster speeds over shorter distances, so will be ideal in high-traffic areas such as central business districts and airports. While telcos are planning to trial mmWave this year, this frequency won’t be commercially available for quite some time, as the spectrum required won’t be auctioned off until 2021.

When mmWave does roll out, it may mean that telcos build more low-power small cells to support it. Despite what you may have heard, there won’t be 5G towers built on every street; instead, small cells with a short signal range may be deployed in densely populated or commercial areas to help boost speeds and capacity. This isn’t guaranteed, however, and will depend on how each provider’s 5G expansion progresses.

While 5G will outstrip 4G in terms of performance and speed, it’s not set to replace the fourth-generation network anytime soon. 4G will continue to operate in areas where 5G can’t reach or isn’t yet live, and both support and be enhanced by the 5G rollout. Even if your town or suburb isn’t covered by 5G, you may see improvements in your current 4G connection thanks to the 5G-ready upgrades your telco makes to its existing towers  and network infrastructure.

How much faster is 5G?

Currently, 4G mobile networks in Australia offer a maximum speed of around 1Gbps (one gigabit per second). You’re unlikely to see anything close to that in your day-to-day use, but 4G speeds do regularly outperform fixed-line broadband networks like the NBN.

According to research firm OpenSignal’s April 2020 report, the average 4G download speeds experienced for each of the three networks were:

Depending on your location and network, your real-world results could vary greatly. Canstar Blue tested Telstra and Optus’ respective 4G networks from the same Sydney location, with the following results:

5G is still in its infancy in Australia, and we don’t have much data on average speeds across capital cities. However, we do know that once the rollout is complete, it will be significantly faster than 4G.

Some speeds we’ve seen cited for Australian 5G networks so far include:

When will I get 5G in Australia?

Telstra and Optus are currently rolling out 5G coverage across all major Australian cities, and in March 2020 Vodafone began switching on 5G in areas on Western Sydney. It’s still early days, but coverage can be found in city CBDs, selected suburbs, and travel hubs such as airports.

To determine if 5G is available in your area, you’ll need to check Telstra, Optus and Vodafone’s 5G coverage maps, or contact your telco directly. One thing to remember is that these maps only indicate approximate coverage, and signal strength and speeds may vary; you may also find you can’t connect to 5G indoors, as maps reflect outdoor 5G availability.

If you are lucky enough to live or work in a 5G-ready area, you’ll still need a 5G-capable device in order to use the network. Your old iPhone or Galaxy handset simply won’t cut it, but luckily 5G phones and hubs are now available in Australia. 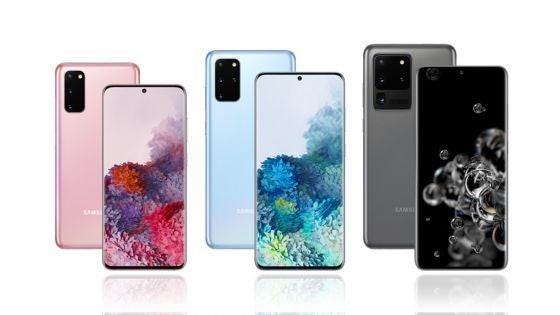 Which phones can use 5G?

All new smartphones are compatible with 4G and 3G technology, but only a small amount of models will work with 5G. If you’d like to try out your telco’s new 5G network, you’ll need a 5G-ready device in order to access the service.

There are currently more than half-a-dozen smartphones available in Australia that are 5G-capable. This means that if you live or work in an area covered by Telstra, Optus or Vodafone 5G, and buy a 5G device on a plan from that provider, you should be able to access 5G coverage.

While Apple hasn’t yet released a 5G-ready iPhone – that’s not expected to happen until late 2020 – Samsung, OPPO, Huawei and LG have all launched 5G smartphones.

5G-enabled phones that you can now buy on plans in Australia include:

You can read a bigger breakdown of each device in our 5G phones guide. All of the above phones are available on telco plans of 12, 24, or 36 months, as well as to buy outright from other retailers and pair with your choice of SIM-only mobile plan. Keep in mind that, although Woolworths Mobile does offer 5G-capable Samsung Galaxy phones, you won’t be yet be able to access 5G on a Woolworths Mobile plan.

The good news is that if you do buy a new 5G phone, you’ll still be able to use it with your telco’s 4G and 3G networks while you wait for 5G coverage. If you’re interested in picking up a 5G phone, we’ve provided some plan and price options below.

The following table shows a selection of published 24-month Telstra, Vodafone, Optus and Woolworths Mobile phone plans for the Samsung Galaxy S20 5G on Canstar Blue’s database, listed in order of cost, from the lowest to highest and then by data allowance, largest to smallest. Use our comparison tool to see plans from a range of other providers. This is a selection of products with links to a referral partner.

The following table shows a selection of published 24-month Telstra, Vodafone, Optus and Woolworths Mobile phone plans for the Samsung Galaxy S20+ 5G on Canstar Blue’s database, listed in order of cost, from the lowest to highest and then by data allowance, largest to smallest. Use our comparison tool to see plans from a range of other providers. This is a selection of products with links to a referral partner.

The following table shows a selection of published 24-month Telstra and Optus phone plans for the Samsung Galaxy A90 5G on Canstar Blue’s database, listed in order of cost, from the lowest to highest and then by data allowance, largest to smallest. Use our comparison tool to see plans from a range of other providers. This is a selection of products with links to a referral partner.

Can I get 5G broadband?

Aside from smartphones, 5G can also work as a mobile or wireless broadband connection. Currently, Telstra offers 5G mobile broadband coverage on the below mobile broadband plans, but you’ll need to pair the plan with Telstra’s HTC 5G Hub to use the network. More information on the HTC 5G Hub is available here.

Optus also offers a 5G home broadband plan to selected customers, featuring unlimited data and priced at $70 per month. We’ve covered this in a little more detail below.

If you’re interested in a 5G smartphone, you’ll currently be able to use it on your provider’s 5G network at no extra cost – there’s no plan price difference between 4G and 5G access on mobile plans from Telstra, Optus, or Vodafone.

In comparison, Vodafone CEO Iñaki Berroeta has stated that the company will not increase plan prices for 5G customers.

Optus hasn’t ruled out eventually separating 4G and 5G phone plans, but currently doesn’t charge extra to use its 5G network. The good news is that Optus does offer a highly competitive 5G home broadband plan to eligible customers, priced at just $70 per month for unlimited 5G data.

Optus 5G home broadband is designed to be used as a home internet solution, and works with a 5G-capable modem. Optus bundles its plan in with the Nokia FastMile 5G Gateway, and you can read more about the telco’s 5G broadband and mobile options here.

The following table shows selected published Optus 5G home broadband plans on Canstar Blue’s database, listed in order of cost, from the lowest to highest and then by data allowance, largest to smallest.

If you’ve never been concerned about 4G safety, there’s no need to panic over 5G. Both networks have been exhaustively tested by multiple independent safety organisations, including the World Health Organisation (WHO) and International Commission for Non Ionizing Radiation Protection (ICNIRP).

In Australia, standards for electromagnetic energy (EME) are set by the Australian Radiation Protection and Nuclear Safety Agency (ARPANSA), and tests show that EME levels for both 5G and 4G are generally 1,000 times lower than established safety limits – less than a microwave. The radiation emitted by mobile towers is very different to the ionising kind that can cause health impacts such as cancer, and so far there’s nothing to indicate that 5G isn’t safe.

More information about 5G safety, particularly in relation to the COVID-19 pandemic, is available here. 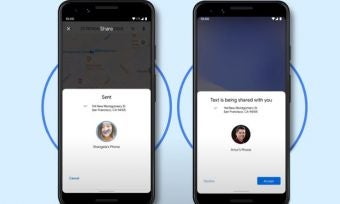