The OPPO Find X3 Pro is OPPO’s flagship smartphone of 2021, packed with some of the best technology the company has ever put in a phone. It’s a premium, high-end phone with a price to match, and delivers in every respect as a highly powerful smartphone. If you are comfortable paying $1,699 for a smartphone, this phone could easily be an iPhone or a Samsung replacement, writes Zac Kelly.

OPPO: The Apple and Samsung contender

Worldwide, we’ve become accustomed to the feud between Apple and Samsung, the two biggest smartphone manufacturers. These two companies manufacture the majority of the world’s phones, especially in the premium market. Often these giants go unchallenged, but there are definitely some competitors out there.

That’s where OPPO comes in. OPPO is a challenger brand from China, taking on both Apple and Samsung simultaneously. On one side, OPPO produces great, cheap phones, and on the other, OPPO also produces great premium phones. Integrated into all phones is OPPO’s signature ‘ColorOS’ Android-based operating system, which captures the simplicity of Apple’s iOS with the customisation Android phones provide.

This year, OPPO put out its new flagship phone, the OPPO Find X3 Pro, and it is brilliant. If you’re thinking about picking up an iPhone 12 Pro or a Samsung Galaxy S21+, consider this device as well. It’s powerful, has a beautiful display, and has a terrific camera lineup.

Here’s what you can expect from the OPPO Find X3 Pro:

Design and functionality: OPPO aces it

The OPPO Find X3 Pro is stylish on its own terms, adopting both a unique design compared to its predecessors and the other models in the X3 series (the Neo and the Lite). The camera bump doesn’t have its own bezel, unlike every other premium (or budget) phone these days – instead, OPPO has made the camera bump functionally a part of the casing on the back. It’s unique and sure looks different to its contemporaries, and the camera bump looks noticeably smaller than on other phones. The phone is available in two colours, which you can find above.

The phone fits into your hand nicely, although it might be a bit big for some users. At 6.7 inches in size with an 89.6% screen-to-body ratio, this is a big phone, weighing 193 grams. You might find yourself struggling to reach some buttons with a single hand on this phone, although that’s a small problem overall.

Fingerprint recognition is at the bottom of the screen and works almost instantly, as does facial recognition, which uses the selfie camera. Both of these are super fast, and I was very impressed. The AMOLED screen runs at 120hz – it’s a great-looking display with incredibly vibrant colours. OPPO’s ‘True Billion Colour Display’ really seems to shine, especially when watching videos. 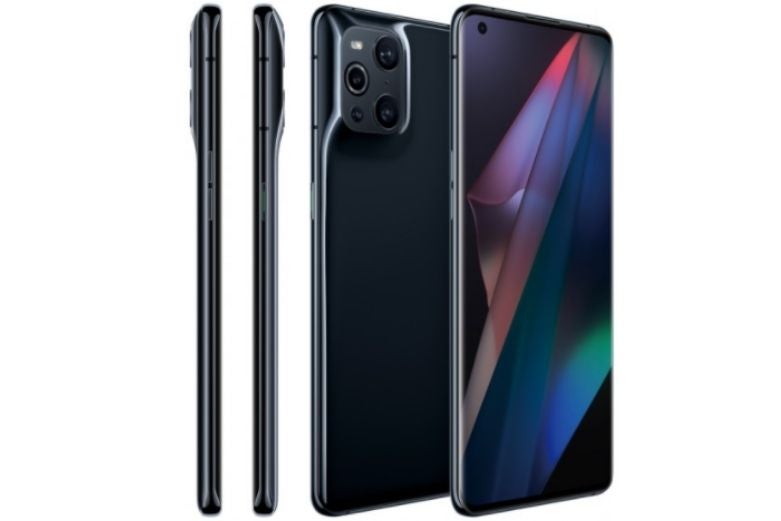 Performance: The power you expect from a premium phone

The OPPO Find X3 Pro is a phenomenally powerful phone, which you should absolutely expect from a $1,699 handset. The top of the line Snapdragon 888 processor and the Adreno 660 work together to produce a great performance, be it gaming, scrolling, swiping or watching Netflix.

This is also in part because of OPPO’s ColorOS, and how much it contributes to the experience. Often seen as an Android approach to an iOS design, ColorOS provides OPPO users with tremendous flexibility and customisation with their phone, allowing them to swap things up and change things around in a wide variety of ways. It’s incredible to see ColorOS shine on a device as powerful as the X3 Pro, and as an Apple user for the past 10 years, ColorOS made it very easy to switch over.

The only big performance problem I have with the X3 Pro is its battery – which is quite disappointing. The 4,500mAh battery crammed into this phone isn’t as powerful as you might think it is, and in using the phone day-to-day, I’ve found its battery life to be quite similar to that of my year-old iPhone 11. It’s perfectly fine for a casual user, just make sure you’re putting it on charge the night before a busy day.

OPPO has announced it will be releasing an adaptive refresh rate update for this phone soon, which will likely see an improvement for battery life – although, at the time of writing, your only options are 120Hz (impressive visuals with hungrier battery life) or 60Hz (alright visuals with less consuming battery life).

Disappointing as this is, I can forgive OPPO a little, as the company has put a fast charger in the box. OPPO’s SuperVOOC 2.0 fast charging technology is very impressive. I managed to watch my phone go from 40% to 100% in less than half an hour. At least you get this very impressive charger in the box, unlike Samsung and Apple, which have done away with in-box chargers completely. Having 256GB of storage is nice too, although expandable storage would have been nice to have as well.

All up, I’m very impressed with what OPPO has done with this phone. It’s easily a contender with the iPhone 12 Pro and the Samsung Galaxy S21+, and is well worth considering on the performance side of things.

The array of cameras on the X3 Pro offers some great photo potential. Everything you expect from a phone this powerful (and this expensive) can be found in the X3 Pro, although its camera zoom is less powerful than last years X2 Pro. 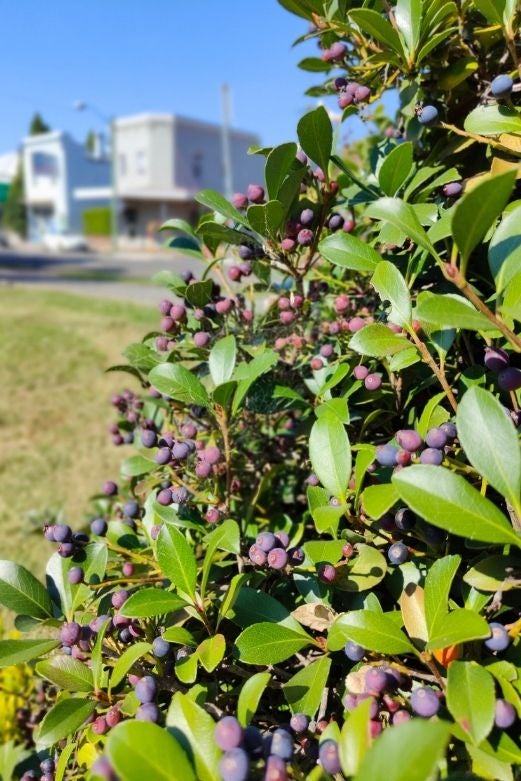 I’m no professional photographer, but what I will say about this phone is that colours look really good in its photos. The operating system in the camera app was also really easy to use, and has a wide variety of settings to use and customise. 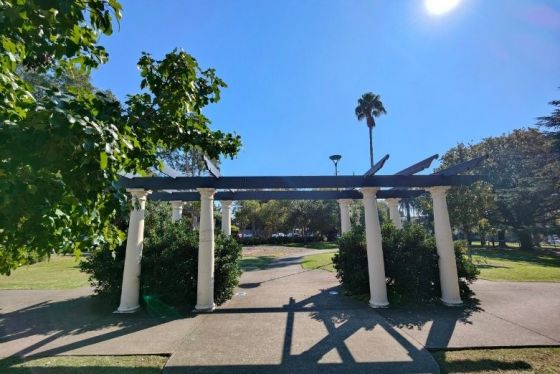 On the gimmick side of things, the OPPO Find X3 Pro includes a microscope. An actual, 2x zoom microscope. With this you can look at the finer details of all kinds of things and get some impressive, microscopic photographs. It’s a total gimmick, but at least it’s a gimmick you can pull out at a party and show people. 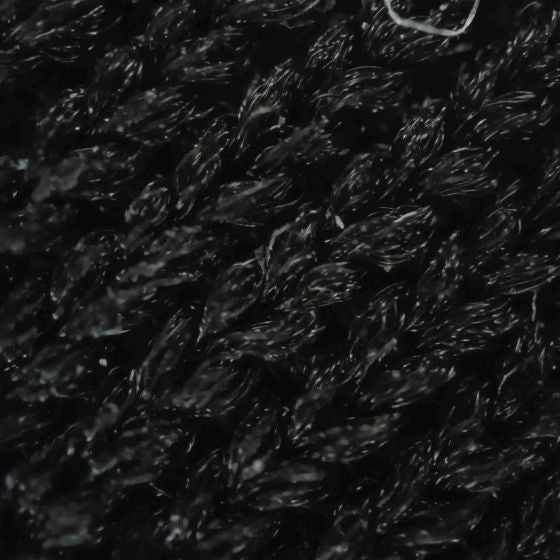 The OPPO Find X3 Pro is available from Telstra, Optus, Vodafone and Woolworths Mobile, along with a range of retailers, like JB Hi-Fi and the Good Guys. If you’re interested in picking the phone up on a plan, check out the plans in the table below. Alternatively, you can use our free phone plan comparison tool to show for a plan that works for you.

The following table shows selected published Telstra Upfront plans on Canstar Blue’s database, listed in order of cost, from the lowest to highest and then by data allowance, largest to smallest. Use our comparison tool to see plans from a range of other providers. This is a selection of products with links to a referral partner.

The following table shows selected published postpaid Optus plans on Canstar Blue’s database, listed in order of cost, from the lowest to highest and then by data allowance, largest to smallest. Use our comparison tool to see plans from a range of other providers. This is a selection of products that may have links to a referral partner.

The following table shows selected published postpaid Vodafone plans on Canstar Blue’s database, listed in order of cost, from the lowest to highest and then by data allowance, largest to smallest. Use our comparison tool to see plans from a range of other providers. This is a selection of products that may have links to a referral partner.

The following table shows selected published postpaid Woolworths Mobile plans on Canstar Blue’s database, listed in order of cost, from the lowest to highest and then by data allowance, largest to smallest. Use our comparison tool to see plans from a range of other providers. This is a selection of products that may have links to a referral partner.

Is the OPPO Find X3 Pro the right phone for me?

The OPPO Find X3 Pro is worth considering if you don’t mind spending a bit of money to get a really good phone. This Android phone is phenomenal and has me, someone who has used an iPhone for 10 years, considering it as my new phone. Battery woes aside, there’s so much good technology in this smartphone that it should easily be considered alongside the likes of Apple and Samsung – perhaps not in unit sales, but definitely in terms of performance.

Product used for review/testing was a free sample provided by OPPO.