You turn into the petrol station on your way home from work, thinking about what’s for dinner or the next episode of reality TV, and halfway through filling up you realise you’ve accidentally put the wrong fuel in the car. It’s a common mistake, and one that we’re all likely to do at some point in our lives, but will it spell the end for your car?

Find out what to do if you’ve put the wrong petrol in your car – and how to avoid doing so in the future – with this Canstar Blue guide. 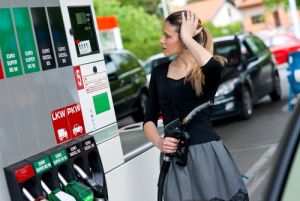 If you’ve just filled up at the bowser and realised your mistake, avoid starting the engine and contact your car manufacturer or a mechanic to help you. Running the engine may cause it to knock or ping, which is potentially damaging in the long run, although it’s ultimately up to which fuel type you’ve accidently put in. You may be able to get away with short journeys, but it’s best to avoid driving for the most part until you’re given the all clear or drain the fuel.

If you’ve been driving and realised that you’ve put the wrong fuel in, you can use an octane booster to help balance out the fuel in the tank, or look to use a fuel flusher to help clean the engine and wash out the old fuel. Both are available at auto stores, and can help mitigate further damage.

If you’ve put the wrong fuel in a newer car, you may be fine to keep driving, as some newer models have additional sensors that help auto-adjust the engine timing, allowing you to still use the fuel in the tank without causing too much havoc on the engine itself. However, it’s best to not always rely on this, as consistently using the wrong fuel type may cause a few headaches behind the wheel.

How does the wrong fuel damage my car?

To explain how the wrong fuel damages your car, you’ll first have to understand how each petrol type differs from each other.

The main difference between fuels is their octane rating, or Research Octane Number (RON). The octane rating relates to fuel’s resistance to burning too quickly inside the engine, with higher octane ratings running at higher compressions levels. Most car engines are tuned to run at certain levels, and as a result, need a minimum octane rating to run efficiently, and dipping below that could result in ‘knocking’, or the fuel combusting too soon. As a result, putting a fuel that has a lower octane rating to what your engine is used to may cause it to knock, which can damage the engine itself over time, as well as impacting your car’s performance when out on the road.

What happens when you put petrol in a diesel car?

While mixing up petrol may only briefly impact the performance of your car, mixing up petrol and diesel could spell the end for your engine. Diesel works on a very fine tolerance at high pressures, and if petrol is added into the mixture, the lubrication properties are reduced, which can damage the fuel pump, as well as the injectors and the engine.

If you realise that you’re putting petrol in your diesel car while still at the bowser, it’s recommended that you stop and call roadside assistance, or services like Wrong Fuel Rescue. Starting the engine will cause the fuel to circulate through the system, causing further contamination, so to keep damage to a minimum, stay away from the ignition.

If you don’t realise your mistake before you drive off, your car will let you know soon enough, as the engine will start making unusual noises. Quickly find a safe place to pull over and call for assistance. To rectify the situation, more often than not you’ll only need a fuel drain, but it’s recommended that you get your car checked out by a mechanic if you’ve driven any distance.

What happens when you put diesel in a petrol car? 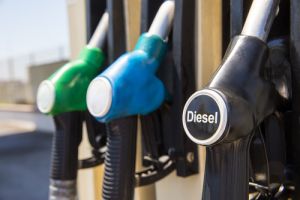 While you’ll suffer a similar fate if you fill your petrol car with diesel, you may struggle fitting the nozzle into the tank, as diesel nozzles are traditionally bigger than their petrol counterpart. If you do manage to wrangle the nozzle and fill up on diesel, you may damage the fuel injectors, particularly if you’ve started the engine and driven away. To rectify the situation, the same recommendations apply, including staying away from the ignition and calling roadside assistance.

Will my insurance cover putting the wrong fuel in?

Your insurance or car manufacturer warranty generally won’t cover putting the wrong fuel in your car and any subsequent damage, so it’s important to pay attention when filling up at the bowser to avoid any heartbreak.

How can I avoid putting the wrong fuel in my car?

Unfortunately for those who have already suffered from filling up with the wrong fuel, there’s no trick to avoiding the same problem in the future, with paying attention when you swing into the petrol station the only way to avoid ruining your car and your day. This advice is especially relevant to those who are driving a hire car, or have borrowed mum’s car to duck down to the shops, so always take a moment and be sure before you fill up.

It should also be noted that any damage done to your car as a result of putting the wrong fuel type in isn’t covered by warranty and your insurance may not help either, meaning it can really cost your back pocket. So, like any other time you get behind the wheel, it pays to stay alert.