Often referred to as ‘the World Game’, football – or soccer as it’s known in these parts – is a popular sport regardless of which country you find yourself in. Teams like Real Madrid, Manchester United and Bayern Munich are household names, with passionate fans around the globe. But if you’re a football fan living in Australia, chances are you’ve had to wake up extra early to catch the action, or simply settle for the post-game highlights. If you’re looking to stay up-to-date with the latest matches and goals from the best leagues around the world, Canstar Blue explains where to tune in, and what it will cost you.

Kayo has plenty of big competitions covered, including the best of the European and South American domestic leagues. Below is a list of football leagues and cup competitions Kayo offers broadcasts of:

While beIN SPORTS is available on its own, viewers can tune in through a Foxtel subscription, with both offering a variety of leagues to follow. Live and on-demand football coverage includes these leagues and cup competitions:

Foxtel’s Sports HD Bundle Pack – which also includes Foxtel Plus for other entertainment – costs $74 a month, but can be bundled with other packs if you want a break from sports, while a monthly beIN SPORTS subscription will set you back just under $20. You can also take your sports with you on the go with the Foxtel App, or enjoy it through beIN SPORTS CONNECT, meaning the final score won’t be spoiled before you get home. 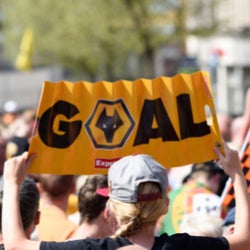 If you’re a fan of English football, chances are you’ve had to catch most of the games at the pub early in the morning. Thankfully, there are a number of other ways to watch the EPL action, so you can sleep in and still stay up to date with fixtures and results.

Offering live coverage and highlights across a variety of sporting codes, the Optus Sport Package comes free with Optus services and phone plans, or can be similarly purchased by non-Optus customers for a monthly $15 subscription. With the Optus Sports app, viewers can catch all the action from every EPL game live, with select games on demand and mini-highlights also available if you don’t have time to watch the full game.

In addition to paid-streaming services, there’s also a number of free-to-air options available to watch the beautiful game on, including SBS and ABC iview.

A free-to-air option, SBS used to be the go-to for free EPL action, but has been relegated from the league by Optus. However, football fans can still catch select matches from select leagues around the world, so if you love football for football’s sake, SBS may still have some legs to it.

ABC iview offers a number of live-streams and replay for the A-League, W-League and Australian International matches, although times and availability will be subject to your location and local TV guides, in addition to other broadcasting deals for international games. But if you’re looking to catch the local action for free, ABC iview may be the option for you.