While it’s hard to go past the thrills of the NBA, the local talent of Australian basketball is still a spectacle to behold, provided you get a chance to watch them! The NBL – National Basketball League – is the highest level of Australian basketball, and is a tournament that currently features 10 teams: nine Aussie teams and one from New Zealand.

But like many local sports, it can be a tough one to track down on the ol’ TV set, so where exactly can you catch your local basketball team in action? Find out where to watch the NBL in this Canstar Blue article.

How to Watch NBL 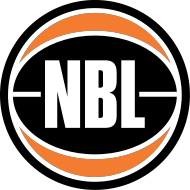 To catch an NBL game, you can tune into Kayo, ESPN on Foxtel, SBS Viceland and SBS On Demand, as well as directly through NBL TV and the NBL Twitch channel.

Kayo will showcase every match of the regular season and post-season both live and on-demand, with a number of extra features also available across the platform for basketball fans, including previews, interviews and highlights.

As with Kayo, ESPN will showcase all matches of the NBL season both live and on-demand, with multiple extras also available through Foxtel’s sport package, including post-game analysis and NBA matches.

The free-to-air option, SBS scored the rights to the NBL after Nine backed out of its agreement, and will showcase replays of all matches of the season through SBS Viceland and SBS On Demand. 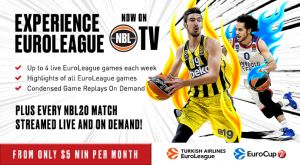 The official platform of the NBL, NBL TV offers full-match replays of every game in the NBL season, as well as 300+ hours of classic matches and exclusive content, all for free. You can sign up to NBL TV online to catch all these perks and more.

The NBL also has an official Twitch channel – NBL – which showcases matches live for free. You can also tune in from anywhere in the world for free, meaning if you’re overseas, you can still catch your team in action.

When does the NBL season start?

The NBL season tips off on Friday, December 3, 2021, where the Tasmania Jackjumpers and Brisbane Bullets will kickstart Australia and New Zealand’s premier basketball franchise.