The best-rated universities in Queensland

Although it’s most famous for its pristine beaches and tropical islands, Queensland is also home to some prestigious universities renowned for their academic reputation, cultural diversity and student experience. Queensland universities are known to focus on practical and applied teaching and so are often top-ranked in various listings for post-graduation employment outcomes.

When choosing a university, many prospective students look for a balance between those important employment outcomes and the quality of their university experience. More than half of the students surveyed by Canstar Blue said that their university degree was vital for their future career prospects (64%), while 51% said university was the best time of their life from a social perspective. It’s clear that where you choose to study matters.

That’s why Canstar Blue surveyed more than 300 current students and graduates of the past 10 years to find which universities they rated the best in Queensland. There are many university ratings out there, but we wanted to take a different approach by asking students to rate their university on a range of factors that were important to them, including how satisfied they were overall with their experience.

So, which are the highest-rated universities in Queensland for student satisfaction?

Which QLD universities were included in our 2021 ratings?

Here are the universities in Queensland that were included in Canstar Blue’s 2021 student satisfaction survey, listed below in alphabetical order. 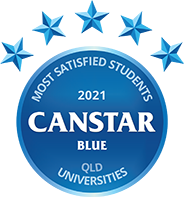 What is the Queensland University of Technology known for?

QUT is one of Australia’s leading public research universities and is well-known for its research programs, particularly in applied subjects relating to science and technology. It also offers dozens of scholarships in various fields, including opportunities for eligible students to apply for a Rhodes Scholarship to study at the University of Oxford. QUT is regarded as one of the best universities in Brisbane and also recognised as a top university for communication and media studies, nursing and art and design.

Does the Queensland University of Technology offer online learning?

The Queensland University of Technology offers online learning via QUT Online. Students have access to undergraduate and postgraduate online degrees in fields including health, education, communications and design, IT and planning and engineering, to name a few. QUT provides flexible online study options and levels including micro units just five weeks in duration, single units, graduate certificates, graduate diplomas and postgraduate qualifications including masters degrees. Students can apply to study at QUT Online by filling out an online application form or by speaking to a course consultant. 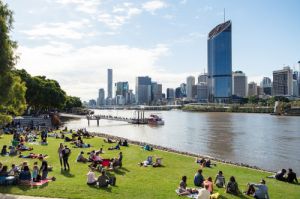 Interested in finding out how students rated other top universities from around Australia? Click on the links below to read more about the top-rated universities in the country.

How many universities are there in Queensland?

Queensland is home to 11 universities, with campuses in Brisbane, the Gold Coast and Sunshine Coast, as well as in regional centres. Several of these institutions, including the Queensland University of Technology, Bond University and the University of Queensland, have appeared in various world rankings, such as the QS World University Rankings and the Academic Ranking of World Universities (ARWU). The Sunshine State has other tertiary education providers, including Technical and Further Education (TAFE), JMC Academy, the Australian College of Rural and Remote Medicine and other vocational education and training providers.

‘QUT versus UQ’ is a longstanding debate among students and graduates in Queensland. Both are public research universities that are equally rated highly for their industry expertise and research portfolios. The Queensland University of Technology and the University of Queensland are also generally considered top-rated universities in Brisbane, with campuses also available in regional centres around Queensland. They both offer a wide range of education programs, including online courses, for undergraduate, postgraduate and research, including bachelor’s degrees, honours, masters by coursework, masters by research and PhDs.

The only major difference between the two institutions is perhaps in their perceived expertise in certain study disciplines. QUT has been recognised in world rankings for its transport and technology programs, nursing courses and communications and media studies. UQ is better known for academic areas such as business, economics and law, engineering, social and health sciences and information technology. The University of Queensland was also ranked among the world’s top 50 universities in the QS World University Rankings.

What is the best-rated university in Queensland? 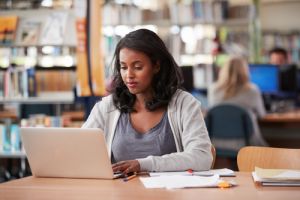 Our university ratings saw Queensland University of Technology place number one for its quality of education, learning resources, student support available, teaching staff, career opportunities and prospects after graduation, campus amenities, social aspects and for overall student satisfaction. QUT is also one of the best-rated universities in Brisbane, according to our survey.