Blanco is one of the major providers of home appliances and electronics, both domestically and worldwide. Its aim, the company says, is to deliver the best in European styling and quality German craftsmanship with products that have outstanding form, function, innovation and precision. This mission statement is underpinned by its four key value of innovation, design, quality and customer focus. But how does all this talk translate into your next oven? Canstar Blue digs into the detail in this review of Blanco ovens.

What ovens does Blanco offer?

According to Blanco’s website, there are 16 different ovens for sale in Australia. This is a good amount as it strikes a reasonable balance between having too many – which means deciding between them just becomes overly confusing – and still having a good range to choose from, with ovens left to stand out because of their respective features.

These 16 Blanco ovens are separated into two different categories:

Let’s look at each category closely and try to identify which ovens are going to offer the best value. 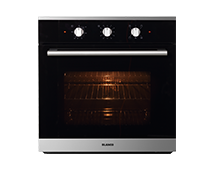 The majority of Blanco’s ovens belong here, with 15 of the 16 oven selections being single models. Single ovens can be built-in or build-under, and have just one compartment. This type of oven is ideal if you’re short on space or only need a small oven.

The key features associated with Blanco ovens are as follows:

As you can see, there are lots of impressive features here, which certainly supports Blanco’s mission statement about innovation! Fear not though, because not every oven has this many features. We have separated each of Blanco’s single ovens into two separate tables based on their price to make it easier on your eyes.

As you can see, Blanco’s premium range of ovens doesn’t come cheap, but its top models certainly pack enough features that you should have confidence you’ve getting value for money. Nevertheless, if you want something a little more modest and less expensive, Blanco also offers a solid range of cheaper ovens.

When comparing Blanco’s cheaper ovens, it’s apparent that there isn’t much variation in their features. So you might think there is little reason to go from the $699 version to the $899 one since they both look fairly even. However, once you dive into the detail, you will find a few distinct differences between these cheaper models, including the BOSE65M model featured in the following video:

Upwards of $1,000, things get a little more interesting. The more advanced models like the $2,899 BOSE714PTX oven contain a host of innovative features, such as night mode and heat boost, which both contribute to overall energy efficiency. By looking at the product descriptions, you can also see that the cheaper versions only have five functions, whereas the more expensive ones have up to 14. This means that you can select certain modes of cooking depending on what you’re putting in the oven, and it will cook it for you without requiring any intervention. Overall, the key difference between the cheap and more expensive Blanco single ovens is the presence of additional functions and features. As with any household appliances, you get what you pay for in the features department. 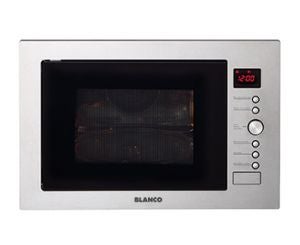 Blanco’s single microwave oven is the BM32CX, which is a 32 litre, fully built-in convection microwave with 10 autocook options. This oven costs $649* and has the following distinguishable features:

Now that we’ve had a look at each of Blanco’s ovens, it’s time to decide if they are worth the money.

When it comes to single ovens, Blanco has a superb range available. Its models are not too expensive compared to what you would find from the likes of Miele or Bosch for example, costing no more than $2,900 at most, which isn’t too bad by oven standards.

Innovation is a key component of Blanco’s ovens – there are no boring ovens around here – and it’s something that really sets the brand apart from competitors. For example, the BOSE714PTX model has a total of seven additional features, some of which like PyroVari and QuartzClean are unique to Blanco. Other features like Heat Boost and Night Mode might save you money down the line, so if you’re looking for an oven that has a host of features aimed at making your life a little easier, and you aren’t abject to spending a bit extra for quality, then Blanco single ovens might definitely be worth checking out.

It’s a little harder to determine the answer to this question for the steam and microwave ovens, since there isn’t much of a sample size to draw from. For a better comparison, you should compare these two products with other market leaders in steam and microwave ovens, such as Westinghouse and LG. The Blanco microwave oven already comes with a host of different features and only costs $650, so on that basis it seems like it could be value for money. It’s just that the lack of range could hurt them with regards to other providers. Consumer reviews have it on an average score online, but again, there are only a few examples to infer this from.

What do customers think about Blanco Ovens?

In 2019, Australian customers gave Blanco 3 out of 5 stars for overall customer satisfaction for ovens.