Australians love a good trip to Kmart. When you’re not tempted by the cheap and cutesy homewares, chances are you’ll tempted into buying some of the cheap, nifty home appliances. Kmart definitely aren’t silly – the way they’ve transformed themselves in recent years has been impressive. They offer everyday low prices on everything in-store, and to great effect. Their blenders are not immune, with a range that is sizeable and reasonably priced. But how do they really stack up when the serious blending begins? Compare the range with Canstar Blue.

What’s in the range of Kmart’s blenders?

Kmart offers a good-sized range of blenders with an attractive price tag. Let’s break them down with their prices below:

Compared to other companies, Kmart has an extremely cheap array of blenders. Though, it’s about more than dollars and cents – it’s what’s under the hood that counts. 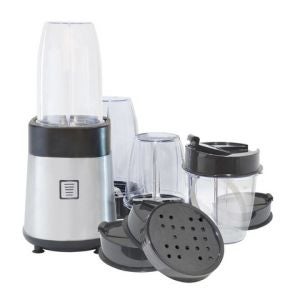 Modelling itself after the various on-trend ‘Nutri’ blenders, the Pro 1000 packs a wallop for the price. Seriously, in this price range with other companies, you’d be lucky to get 500 watts of power. With this model you get 1000w and a range of accessories to make nutritional blending as pain free as possible:

For $49, it’d be an injustice to not try out the Nutritional Pro and see how it stacks up with the oft more expensive blenders of the same ilk. It’s a no-gimmick blender that packs some heat under its hood. 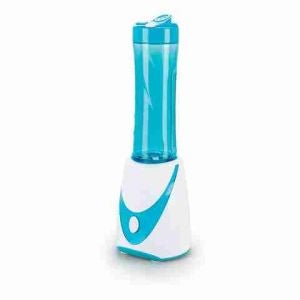 Coming in at the ‘cheap and cheerful’ end of Kmart’s range of blenders is the Drink Bottle blender. Tapping into the trend of “2Go” blenders, Kmart’s offering here may surprise you with what it can offer you. With a small footprint, you’ll barely notice it on your kitchen counter, but it features:

This blender is cheaper than breakfast at a café, and probably makes more nutritional food too. For $15 you get a small, no frills blender that’s great for making a smoothie in the morning. It won’t take up much space on your countertop, so it’s a great little companion at breakfast time.

Other blenders in the Homemaker lineup

If a 1000w ‘Nutri’ blender isn’t your thing, and a $15 cheap and cheerful drink bottle blender isn’t wowing you, then perhaps consider Kmart’s mid-sized blenders. Overall, they’re at a price low enough to go bananas at Kmart.

For the price, Homemaker blenders cannot be beaten. The motors included aren’t overly impressive, but aren’t inadequate by a long shot. The digital blender packs a lot in for the price, and has features that other brands have on their blenders for much more money. These are great budget options for some lighter blending or for families who aren’t obsessively blending tough vegies every day.

How do Kmart blenders stack up?

The most attractive feature of Kmart’s Homemaker blender range is the price of all six models. While they don’t offer anything particularly exciting or feature-packed – and you can’t really expect that at this price range – they do offer decent no-frills blending.

At such small price differences, our pick would be the Nutritional Pro 1000. Or, if you’re looking merely for on-the-go smoothies, then it’s hard to look past the $15 drink bottle blender. At less than the price of two beers in a bar, you can be on your way to making healthy beverages sooner. All in all, Kmart’s blenders are no frills and low on gimmicky features, but that translates to giving you a better price – prices that are sure to suit almost everyone.

*Prices taken from respective retailer, correct as of January, 2017

What do customers think about Kmart Blenders?

In 2019, Australian customers gave Kmart 4 out of 5 stars for overall customer satisfaction for blenders.