If your streaming and social media habits see your mobile data frequently pushed to its limit, Vodafone has a solution.

The telco has launched four new, optional data-free ‘passes’, designed to give customers unmetered access to their favourite apps and streaming services. Add a pass to your plan, and all included apps can then be used without counting against your monthly data allowance.

It’s said more partners may be added to Vodafone’s passes in the future, but there are already a few notable exceptions: Apple Music and YouTube are currently excluded, as well as popular chat apps such as WeChat and Line.

To add a pass, you’ll need to be on a qualifying Vodafone Red plan. These plans include the $35, $45, $55, and $65 options on Vodafone’s Red postpaid phone and SIM-only plans, for both monthly and contract customers.

As Vodafone’s Red Plus plans already feature unlimited data (albeit not at full speed), passes aren’t available for these plans.

As with any telco offer, Vodafone’s new data-free passes do come with terms and conditions. If you’re adding a streaming pass to your plan, your speeds for all included apps will be limited to 1.5Mbps. While this means that you won’t be watching Netflix in ultra-HD, it’s more than fast enough for most mobile video use.

You’ll also need to set up your own subscription to services such as Netflix, Stan, Spotify and Amazon Prime. These, unfortunately, aren’t included free with your Vodafone pass.

Passes can’t be shared between plans, used when roaming overseas, or used when tethering your device. Your unmetered data may also not apply to every aspect of usage within an included app; for example, the music itself on Spotify is data-free, but third-party ads, album artwork and links to external sites may not be.

The good news is that Vodafone will allocate an extra 500MB of data per pass to cover excluded in-app usage. If you do use up this free 500MB, all further excluded use will be taken from your plan’s regular data allowance.

Are Vodafone Passes worth it?

Depending on your current plan – and the apps you most frequently use – this could be a good way to avoid excess data charges. However, Vodafone isn’t the only telco to offer unmetered streaming from selected services.

For existing Vodafone Red customers, it may make more sense to simply move to an unlimited Red Plus plan, rather than add extra passes each month. If you’re already on a $45 plan, you can upgrade to unlimited 1.5Mbps data (plus a generous high-speed data allowance) for $55 each month; $30 cheaper than adding all four passes to your plan.

Of course, if you’re already on a low-cost plan and just want to add a single pass to cover your most-used apps (or as backup on data-heavy months), you now have an extra option for customising your Vodafone service. All of Vodafone’s passes are available now; to buy, simply log in to your My Vodafone account. 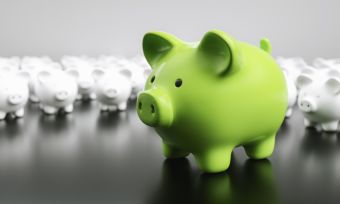