CMobile might not be the biggest name in the Aussie telco game, but as a company with an emphasis on providing easy-to-understand mobile plans, you might find this little telco has the right deal for you.

Unlike many of the other mobile virtual network operators (MVNOs) which use only one network for cover, CMobile operates through two networks, with plans on both the Telstra 3G and 4G networks and Vodafone 4G/LTE network. This gives customers more choice over which network you would prefer to get your coverage through.

The telco provides a range of SIM-only postpaid plans, a selection of mobile data plans and even a few affordable mobile phone handsets. CMobile is Australian owned and operated and aims to provide great customer service for its simple and straightforward plans. But just how does CMobile’s postpaid plans stack up when it comes to value for money?

How does CMobile compare to other postpaid providers?

CMobile plans at a glance

CMobile offers SIM-only postpaid plans on no lock-in contracts over monthly cycles, with all but one plan running as month-to-month plans. You can choose between the Red plans which operate on the Vodafone 4G/LTE network, or the Blue plans which run on the Telstra 3G and 4G networks. Excluding the Red Annual plan and the Red $5 plan, CMobile plans include unlimited standard national calls, SMS and MMS, with data inclusions starting at 1GB and going up to 100GB.

What does CMobile offer?

If you’re after simple, straightforward value for use in Australia, CMobile could be a good option for you. You won’t find any entertainment extras included on the plans and there is a small setup fee you’ll pay upfront. Both the Red and Blue plans include charges for excess data but how much you’ll pay and the data units you’re charged for, vary between the plans. If you opt for the more top-level Blue plans, you’ll get unlimited international call inclusions to 10 countries, including China, Singapore, New Zealand, the UK and USA.

CMobile is one of the few Aussie telcos (including Southern Phone and Think Mobile) to operate as a MVNO on more than one network. The advantage to this is that it puts more choice in the hands of consumers, especially as the coverage varies from provider to provider.

The Blue plans operate on the Telstra 3G and 4G networks, which currently covers over 99% of the Australian population. Red plans operate on the Vodafone 4G/LTE network, with cover reaching over 22 million Australians. Both Telstra and Vodafone are further expanding and improving coverage throughout Australia, so you might soon have access or improved cover in your area.

The included value and charges varies between the Blue and Red plans, however for the standard month-to-month options, unlimited standard national calls and SMS are included.

Designed for casual phone users, the Red PAYG Annual Plan requires you to pay $50 upfront as credit for calls, text and data, which is valid for 12 months. If you use up the $50 credit, you’ll be charged each month for what you use, with reasonably cheap rates for calls and SMS. This plan is especially suitable for seniors and light phone users. If you’re not interested in paying on a yearly basis, CMobile offers the Red $5 plan, which operates similarly, except on a month-to-month basis. Both plans operate on the Vodafone network.

If you’re after Vodafone cover, you’ll have a selection of four one-month Red plans to choose from. All of these postpaid plans include unlimited standard national calls, SMS and MMS with the increasing price points reflected in the data allowance. The lowest-level plan starts at $9.90 per month and includes 1GB of data. For $14.90 per month, you’ll get 2GB of data, while $24.90 per month will get you 10GB of data. The top-level plan gives you 20GB of data for $39.90 per month.

Prefer the Telstra network? There is much more selection on CMobile’s Blue plans with 12 different plans to choose from, which include unlimited standard national calls, SMS and MMS. The lowest plan is $10 per month with 1GB of data included, and the largest data plan is $65 for 100GB data per month. The $25 plan and upwards include unlimited international calls to 10 select countries.

Need some help with your CMobile plan or service? The telco offers a few contact and support options, including:

How does CMobile compare?

Is CMobile a good deal?

CMobile does have a lot of choice if you’re looking at postpaid phone plans with no lock-in contracts, with a total of 15 plans to choose from. The telco also provides a good option for seniors and light phone users with the Red Annual pay-as-you-go plan. If you don’t use or need much call, SMS or data inclusions, paying $50 upfront for credit to use over 12 months might be one of the most affordable options for you.

Having unlimited calls, SMS and MMS across all one-month plans is a big plus and the data inclusions are reasonably generous for the price. If you have friends and family in the 10 select countries, it’s also handy to have access to unlimited international calls.

Having a selection of plans across two networks is a big tick when it comes to giving consumers more choice. CMobile does also emphasise its dedication to customer service with Australian-based customer support. If you’re not big on huge data inclusions and flashy extras, you might want to keep CMobile’s postpaid plans as an option when comparing the right mobile phone plans for your needs. 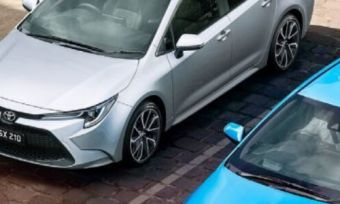 How to watch Modern Family in Australia