Google’s Pixel phones have always been a bit of an outlier in the smartphone world. The clean Android interface, prompt software updates and great camera have made it a firm favourite amongst the Android faithful but the poor battery life of the Pixel 4 and underwhelming performance of the Pixel 3a meant that it never captured the attention of mainstream consumers, writes Krishan Sharma.

Google’s latest effort, the Pixel 4a, changes all that by building on the strengths of past Pixel phones while also addressing their shortcomings at a price point of just $599. Although it isn’t perfect, the Pixel 4a outclasses every other smartphone within its price range and even manages to trade blows with more expensive rivals.

The Pixel 4a sports a mid-range processor in the form of a Qualcomm 730G chipset with 6GB of RAM and 128GB of internal storage. There’s no microSD card slot for expandable storage but you do get 100GB of free Google One storage for three months.

Unlike its predecessor, the Pixel 4a comes in only one colour, the appropriately named ‘just black’. The Pixel 4a is understated in its design with a plain polycarbonate back that mightn’t look as premium as some other phones, but it does hide fingerprints and is also less fragile, negating the need for a case.

The grippy texture on the back, coupled with the overall compact size, makes the Pixel 4a very comfortable to operate with one hand which is rare in the age of large and unwieldy slippery glass back phones. Sadly, Google has omitted face unlock entirely in favour of a fingerprint sensor located on the back of the handset.

The Pixel 4a comes with an 18w fast charger but there’s no wireless charging or IP rating for waterproofing. You do, however, get a headphone jack in addition to stereo speakers, which while not the loudest, sounds better than the single firing speakers normally found at this price point.

There’s also dual-SIM support so you can connect to two different carriers with one physical SIM card and one eSIM.

The 5.81-inch OLED display is sharp and well calibrated and comes with the obligatory hole punch camera in the left hand corner. However, I found the display to be very reflective and a bit too dim under direct sunlight. I also came across a bug with the auto-brightness where it would shift dramatically in unchanging light, which I expect will be fixed in a future firmware update, so I ended up leaving it off for now. 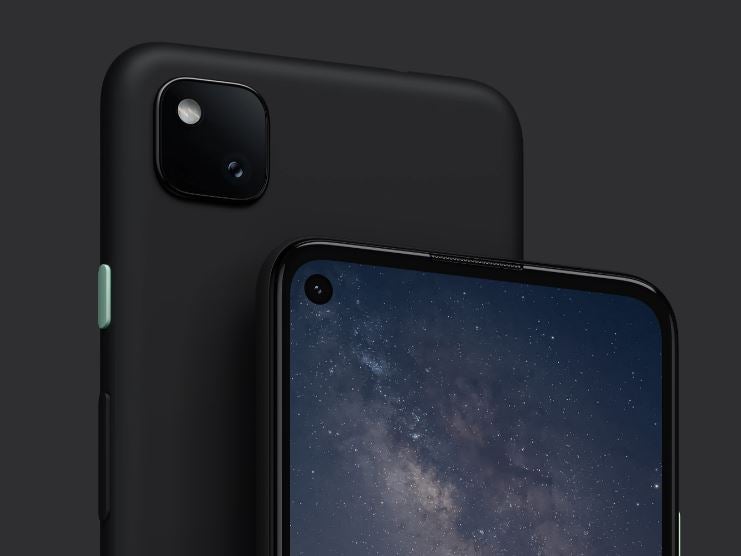 Pixel 4a runs Android 10 and will be the first handset to get Android 11 later this year. A key selling point of Pixel phones is the promise of three years of OS upgrades and security updates, which is unheard of at this price point. This means that at the very least, the Pixel 4a will receive Android 13 and will likely end up with Android 14 as well.

The other benefit of using a Pixel phone is you get a stock Android experience devoid of manufacturer bloatware and the same rings true for the 4a with a responsive software experience all round. Coming across from a top tier premium smartphone like the Find X2 Pro from Oppo, I immediately felt the absence of a faster refresh rate display on the Pixel 4a where general day-to-day use felt a bit sluggish by comparison. That’s an unfair comparison though and if you’re coming across from another mid-range or budget smartphone, then the Pixel 4a will be a noticeable step up in performance.

Google Assistant in particular feels more responsive to use than on other handsets and is integrated more seamlessly with a few new perks for Pixel owners such as having the Assistant transcribe conversations and meetings for you (via Google’s Recorder app) which it does entirely on-device and without the need for an internet connection. Transcription accuracy is better than a number of other apps I’ve tried in the past so long as the pronunciation is reasonably clear though it does struggle with accents and jargon.

You can also live caption phone calls, video calls and calls made through apps such as Facebook Messenger. This worked surprisingly well and could be useful as an accessibility feature for the hearing impaired. 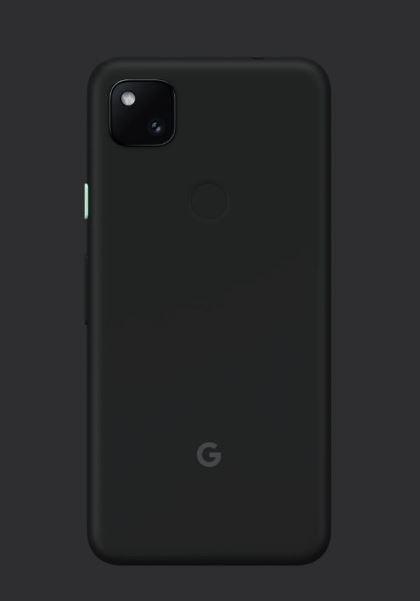 At 3,140mAh, the Pixel 4a’s battery might not seem like much but the combination of driving a smaller display with Google’s Adaptive Battery Technology, which automatically reduces power to the apps you rarely use, I was regularly getting through a full day of average use (4-5 hours of screen on time) with around 20 percent charge left in the tank.

A nice touch is that the battery percentage icon is replaced with an estimated time of when the handset will run out of juice whenever you swipe down the notification shade, giving you a better idea of when you should plug it in for a quick charge.

Fantastic camera for the money

Google has been using the very same 12.2MP IMX363 Sony sensor since 2018’s Pixel 3 but once again the company has proven that aging camera sensors can still produce fantastic photos with the right intelligence behind them (though it leaves me to wonder what the company could do with more powerful sensors).

Smartphones in this price range are often guilty of oversaturating and over-processing images while falling apart in low light conditions but the Pixel 4a produces impressive results with just about any type of lighting. Colour and contrast appear more natural and the phone almost always nails the dynamic range of even the most challenging scenes, making the overall image more impactful to the eye.

Having just a single camera means there’s no ultrawide or optical camera though there is a digital zoom of up to 7x that performs best in terms of clarity at up to 3x digital zoom.

Unique to the Pixel 4a is the ability to add background blur to any photo stored on Google Photos even if it was taken years ago on a different device and it worked effortlessly in my testing.

Astrophotography, which originally debuted on 2019’s Pixel 4, works just as well on the 4a provided that you have a steady surface or tripod on hand and a bit of patience. Pointing the camera at the night sky will automatically switch into astrophotography mode capable of capturing impressive looking images of the night sky including stars, planets and even galaxies through a combination of an extremely long exposure time of up to five minutes and some software magic.

For the best results, you need to be in a really dark area free from light pollution but I was still able to capture some starry skies within my residential area.

Panorama mode, where the camera will take multiple shots across a scene and stitch them together to produce one really wide shot, is the weakest aspect of the phone with heavy compression leading to noisy images and visible seams.

Video recording isn’t a strong point of the Pixel 4a either. Despite having excellent stabilisation and good colour reproduction, the impeccable dynamic range that the Pixel 4a displays in stills is inconsistent on the video side and there’s also much more visible noise in anything but ideal lighting conditions.

Overall the Pixel 4a is a camera phone perfect for beginners since it takes very little effort to produce a good looking photo in many scenarios. The camera interface is clean and simple and it will automatically prompt you to use other modes based on what you’re pointing the camera at to get the best possible shot.

If you’re after an affordable smartphone with the best possible camera and guaranteed software updates, the Pixel 4a won’t disappoint.

The Google Pixel 4a is now available for pre-order in Australia on the Google Store and at JB Hi Fi, Vodafone and Harvey Norman for $599. It will be on-sale online from September 10 at those partners and Officeworks, and in store from mid-October.

A 5G variant of the Pixel 4a will be released later this year at a starting price of $799.

Here is a selection of prepaid plans from Canstar Blue’s database for $40 or less, listed in order of standard cost, lowest to highest, then by standard data allowance, largest to smallest. If you want to see a wider range of plans from other providers our phone plan comparison tool can help. This table includes products with links to referral partners.

Here is a selection of postpaid plans from Canstar Blue’s database for $40 or less, listed in order of standard cost, lowest to highest, then by standard data allowance, largest to smallest. If you want to see a wider range of plans from other providers our phone plan comparison tool can help. This table includes products with links to referral partners.