If you’re an Australian senior or pensioner adjusting to a smaller income, or you’re simply looking to save yourself a few bucks, an easy way to free up some room in the budget is to take a fresh look at your mobile phone plan. Our research indicates that Aussies are paying around $30 a month for their postpaid SIM-only deal, and over $70 if they are repaying a phone as well.

Chances are if you haven’t taken a look at your phone plan lately, you could be paying too much. Let’s take a look at some of the best prepaid, postpaid and phone on a plan deals that could be suitable phone plans for seniors and pensioners in Australia. In this guide, we will cover:

SIM-only phone plans for under $30 — a quick summary

Here is a selection of postpaid plans from Canstar Blue’s database for $30 or less, listed in order of standard cost, lowest to highest, then by data allowance, largest to smallest. Use our comparison tool to see a wide range of plans from other providers. This table includes products with links to referral partners.

Here is a selection of prepaid plans from Canstar Blue’s database for $30 or less, listed in order of standard cost, lowest to highest, then by data allowance, largest to smallest. Use our comparison tool to see a wide range of plans from other providers. This table includes products with links to referral partners.

What are my phone options if I’m a senior or pensioner? 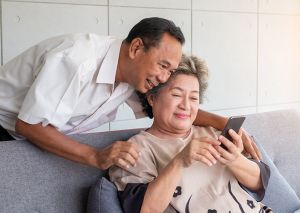 If you’re after a regular phone plan, unlimited calls and texts plus one gigabyte (1GB) of data is often available for less than $10 a month and you can even pick up phone plans without data. Pay-as-you-go options can offer cheap rates with a 365-day expiry, which can be a good plan for light users who like the freedom to recharge when they please. You simply pay for what you use, as you use it — calls are usually charged per minute, texts per message sent, and data use is charged per kilobyte (KB) or megabyte (MB). If you don’t use much data, this can also be a good option.

Whatever you’re after, there are lots of options to choose from and comparing phone plans is a great place to start. It often pays to shop around to find the best deal for you, with some plans available to buy online only and others have SIM cards available in stores such as Coles, Woolworths, 7-Eleven, ALDI.

What should you look for in a good phone plan for seniors?

Bring-your-own-phone plans for seniors and pensioners from Telstra, Optus and Vodafone

If you prefer to stick with the big names you already know, and have your own phone that you’d like to keep using —or just want to purchase a cheap smartphone without being locked into a contract— you can sign up for a SIM-only plan from Telstra, Optus or Vodafone. This means that you’ll get a SIM card to insert in your phone, which will connect you to the network and your plan. All three telcos now only offer postpaid plans on a month-to-month basis, so you’re free to switch between plans without being locked in long term.

Here are some of the cheaper options available from each provider, some of which may feature referral links to the retailer’s website. Keep in mind that you can get cheaper options by going with less well-known telcos, such as those listed further down this page.

For less than $20 these days many providers manage to pack quite a lot in with 1GB of data can be found easily, while unlimited calls and texts are standard across most phone plans. Keep in mind that prepaid plans run on different expiry periods, which can vary from telco to telco. Some of the cheapest plans might only be a 7 or 10-day expiry period, which means you’ll need to recharge several times each month. Look for plans with a 28 or 30-day expiry period, or even long-term plans such as six months or 12-month plans.

No matter what you’re after or where you live, there is likely a competitive SIM card phone plan in the local Coles, Woolies, or 7-Eleven. This makes it easy to purchase and plans are easy to recharge. Unfortunately, it can be a hard task finding prepaid plans with just calls and texts (no data) these days, but with unlimited plans costing as little as $10 these days, having that little bit of data can still come in handy.

The following table includes a selection of prepaid plans from Canstar Blue’s database for $30 or less, listed in order of standard cost, lowest to highest, then by data allowance, largest to smallest. Use our comparison tool to see a wide range of plans from other providers. This table includes products with links to referral partners.

If you prefer to pay a bill at the end of the month, rather than recharging and tracking your usage, postpaid phone plans are the way to go. The only thing to look out for is going over your data inclusions as you’ll most likely be charged for excess data use. However, some telcos don’t charge excess data, so they’ll either restrict or slow your data until the next billing period unless you purchase a data top up.

The following table includes a selection of postpaid plans from Canstar Blue’s database for $30 or less, listed in order of standard cost, lowest to highest, then by data allowance, largest to smallest. Use our comparison tool to see a wide range of plans from other providers. This table includes products with links to referral partners.

If you’re not a heavy user and don’t want to recharge every month, it can be tempting to hop onto a long-expiry plan, commonly labelled ‘pay as you go’ or ‘PAYG’ plans. These plans often don’t expire for 60 days or more, with some lasting an entire year. This enables you to add credit as you see fit, with cheap rates on offer.

All in all, the bigger players aren’t the only players in the long life game. Other providers such as ALDI Mobile and Amaysim also offer competitive rates. With some telcos you’ll have to watch out for hefty data charges — 15c/mb may not seem like much, but can certainly add up.

While many seniors and pensioners will be looking for a cheap and cheerful prepaid option, you may be more interested in getting your hands on a shiny new smartphone, such as one of the newer 2021 iPhone 13 series phones. While you can buy the phone outright and take your pick of SIM-only deals, you can also sign up to a plan whereby you can pay off the cost over 12, 24 or 36 months. Generally the cheapest plans cost about $40, but device repayments are an additional cost, and can make the total plan repayment every month cost in excess of $80 and even well over $100 per month!

You’ll only be able to pick up an iPhone plan from Telstra, Optus and Vodafone. The following table includes a selection of published 24-month plans for the 128GB iPhone 13 Mini on Canstar Blue’s database, listed in order of standard cost from lowest to highest and then by data allowance, largest to smallest. Use our comparison tool to see plans from a range of providers. This table includes products with links to a referral partner.

If you’re a Seniors card holder, you may be eligible for discounted rates on your mobile service. Several of Australia’s biggest mobile providers offer reduced fees for seniors, including:

Canstar Blue are committed to helping Australian’s of all ages find the best mobile plan for their needs. Our comprehensive consumer research provides ample information for making the right purchase decision. If you think you can find a better phone plan for yourself, compare mobile plans from 35 provides in minutes with Canstar Blue.