UPDATE: As of 2019, TPG has cancelled plans to build and operate its own 4G mobile network, citing issues caused by the ‘Huawei ban’ implemented in 2018. Since then, TPG has merged with fellow telco giant Vodafone, with the deal made official in July 2020.

You may have heard the news – internet and phone service provider TPG is building its own network infrastructure. When completed, TPG will be the fourth network operator in Australia, sitting alongside Vodafone, Optus and Telstra. So, what does this mean for Aussie consumers, and will TPG’s network be up to scratch? Find out more below.

TPG is seemingly doing everything it can to get customers on the brand. Currently, it offers cheap plans over the Vodafone network. It’s expected that existing TPG customers will be offered the choice to migrate over to the new TPG network once it becomes available.

While there is little pricing information out there right now for TPG’s own-network mobile phone plans, customers should be able to expect similar value given that TPG has very much positioned itself towards the budget end of telco town.

It is reported that as an introductory offer, TPG will offer $0 for unlimited data, which will then rise to $9.99 a month. This is still very cheap – probably as an incentive for customers for sacrificing traditional calls & SMS and to lure customers away from other providers. 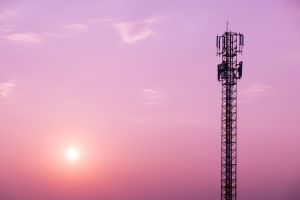 TPG currently uses the Vodafone network, but that is about to change. The company announced in May 2018 that it will initially launch its network as a data-only service, primarily focused on the capital cities and covering around 80% of Australians. This means customers can talk through Facebook Messenger, Whatsapp and more, but won’t be able to make a traditional voice call or SMS.

Nevertheless, for now, users with TPG are stuck on the Vodafone network, and coverage is identical to that of Vodafone’s – you can see the coverage checker here.

This is what the four big telcos say with regards to the percentage of Aussies their respective networks (will) reach:

TPG has announced that initially its own network will be data-only, servicing capital cities and using small-cell technology. This already puts it behind the other three network providers in Australia – Vodafone, Telstra and Optus.

As for pricing, TPG looks to undercut these three by quite a margin, set to offer a $9.99 unlimited deal but without voice or SMS. The other three tend to be pretty neck-and-neck, especially in the 12-month SIM-only space.

Is the TPG network going to be a good deal?

There is much speculation about what Australia’s fourth network is going to do for the mobile market. More competition can only be a good thing, right? Depends who you ask.

There remains a lot to be seen about the mysterious new TPG network. However, with a small leakage of information, there is a growing amount of hype. If TPG’s current prepaid plans are anything to go by, we could be in for a treat.