Documentaries is an area where Netflix has really found its niche. It seems like ever month or so, Netflix has that new great doco that everyone is talking about and much of it has become real must-see viewing. While Netflix does produce a lot of documentary content, there are plenty of documentaries from other production companies too and covering a range of topics from crime to music and everything in between. Let’s take a look at some of the best documentaries available on Netflix in Australia.

What are the best documentaries on Netflix?

While everyone has different interests and tastes, below we’ve put together a selection of docos across a range of topics to get you started on your documentary-watching binge.

The Last Dance is a 10-part docu-series chronicling the Chicago Bulls, specifically the career of basketball legend Michael Jordan, during the 1997-1998 NBA season. The season, dubbed ‘the last dance’ by coach Phil Jackson was one of many lasts; Jordan’s last season with the team, Jackson’s last season as coach, the last year of Scottie Pippen’s contract, and the last time that the Chicago Bulls have won an NBA championship. All ten episodes are out on Netflix, so watch them one-by-one or attempt to binge them all in one sitting. Either way, it’ll have you wishing the iconic team was still together (and that you could hit the town with 90’s Dennis Rodman).

This chilling movie-length doco chronicles ‘Athlete A’ and the other 300+ female American gymnasts who survived sexual abuse from team doctor Larry Nassar. The documentary also showcases the reporters from The Indianapolis Star who broke the story and the lengths USAG went to cover it up. Maggie Nicholas is ‘Athlete A’: a promising young gymnast who failed to make the 2016 Olympic team for being the first to speak out against Nassar’s abuse. The doco follows both Nicholas’ time competing at an elite level and the toxic environment created by USAG and the reporters who worked around the clock to bring a monster to justice.

Ever heard of Henry Lee Lucas? He was once America’s most prolific serial killer, having confessed to hundreds and even thousands of murders across the entire country. There’s only one problem. For many of these confessions and cases, there was ample evidence that it was impossible for Henry to be the murderer especially when there was solid evidence he was somewhere else in the country at that time. So, why would he confess to crimes he didn’t commit?

The Confession Killer is a five-part docuseries about Henry Lee Lucas, his confessions, the cover-ups and the whole bizarre story from his initial arrest right through to the aftermath of his death. If you don’t know much or anything about Henry Lee Lucas, you’ll be glued to your screen as the whole story with its twists and turns unravels before you.

He was one of the most well-known names of the civil rights movement in the USA during the 1960s until his assassination at an event in Manhattan. While three men were arrested and convicted of murder, there was much more to this case than meets the eye.

This six-part docuseries explores the murder of Malcolm X, which occurred less than a year after his departure from the African-American political and religious movement, the ‘Nation of Islam’, and delves into the possibilities and theories that there may have been a more to this case than meets the eye and even a big cover up. If you’ve got a particular interest in the Civil Rights Movement or modern American history, this doco is definitely one to add to your watch list.

The documentary as controversial as the subject matter, Miss Americana is Taylor Swift’s story as told by Taylor Swift and directed by Lana Wilson. It follows the life of Taylor Swift over the course of several years with footage from interviews, flashbacks, studio footage, concert footage, home movies and more. This doco covers some of the most pivotal moments in Swift’s career, including the making of the Reputation and Lover albums, battles with an eating disorder, issues with the media, other personal struggles and her very public sexual assault trial.

Whether you love or hate Tay Tay, there’s no denying she’s one of the biggest and most influential female musicians over the past 10 or so years. There have been plenty of ups and downs and this critically-acclaimed documentary explores it all. While it’s been criticised by some as a very cleverly veiled attempt at ‘brand management’, it’s still her story in her words and makes for some compelling viewing.

Pandemic: How to Prevent an Outbreak

While the release of this documentary series is eerily timed amidst the global coronavirus outbreak, Pandemic is a six-part series taking a look at what it takes to battle a viral outbreak. You’ll see what health care workers around the world are up against when it comes to stopping the spread of illnesses such as influenza, including the rise in misinformation and funding cuts. If you’re curious about what its actually like to battle a pandemic, this docuseries could be the perfect viewing while you’re quarantined. If you’re prone to panic, you might want to give this one a miss.

A true-crime documentary with an unusual title, Don’t F**k with Cats is a three-part series covering the investigation, manhunt and eventual arrest and conviction of Luka Rocco Magnotta. What’s interesting about this case is that while Magnotta was eventually arrested for and found guilty of the murder of Jun Lin (a Chinese international student studying in Canada), it’s his involvement in a video depicting animal cruelty that set a bunch of internet sleuths on the case of discovering his identity. If you’ve got an interest in true-crime, this mini series might be worth a watch.

Conversations with a killer: The Ted Bundy Tapes

One of the most recognisable serial killers in the world, Ted Bundy was one of the most intriguing murderers in US history. Conversations with a Killer: The Ted Bundy Tapes was one of the most-talked about documentaries when it was first released on Netflix. While this is a chilling documentary to watch, it’s a fascinating look at this notorious killer who used his charm and good looks to convince many people (sadly, to their detriment) that he was a nice and harmless guy. If you’re not too familiar with the whole circus that revolved around Ted Bundy, the televised trial and eventual confessions, this four-part documentary series gives some interested insight into one of the worst serial killers in the past 50 years.

Homecoming: A Film By Beyoncé

Consider yourself a part of the Beyhive? This Netflix-exclusive documentary film provides an intimate and in-depth look at Beyoncé’s iconic performance at Coachella Music Festival in 2018. This documentary was nominated for and won a string of awards, and is considered to be one of the best Netflix original productions out there. This doco is so much more than a music documentary and whether you’re a Beyoncé fan or not, it’s definitely one to add to your watch list.

While this documentary isn’t a Netflix original, it was one of the biggest documentaries to be released in the past couple of years. Surviving R Kelly tells the story of the victims of sexual abuse at the hands of Grammy-award winning artist, R Kelly. You’ll find six episodes of the first season available for streaming, and while its uncomfortable viewing, this documentary had a much bigger flow-on effect after it aired, with several high-profile artists and past collaborators removing these works from streaming services.

It’s amazing that in this day and age a first world country can have a town that does not have access to clean drinking water, and yet here we are. In Flint, Michigan it’s a very real probability that if you drink the town water you will get sick. That’s because the water supply is laden with heavy metal neurotoxins. This is just one of the issues straining an already-strained police department, and this documentary series details exactly that.

Since General Motors pulled out of the town close to Detroit, Flint has been on the decline. Crime, tension, anti-cop sentiments, murders and gang crime all plague the city. The police department is comically short-staffed and underfunded so the best they can do is put sand over the proverbial fire and hope to see through another day.

Ken Burns has done it again. Arguably the master of huge, ‘epic’ documentaries in the truest sense of the word, the Vietnam War is not light viewing. It’s ten episodes, with about 80-100 minutes per episode. It’s a slog, but it’s worth it. The documentary series takes you through from the post-World War II era through to the end of the Vietnam war. It’s virtually impossible to get a grasp of the entire scope of the war in a show, but Ken Burns probably gets there.

The Vietnam War docu-series will leave you in awe: both of the raw footage on-screen, and of the stuff ups and arrogance of the American-backed South Vietnamese forces. If communism wasn’t such a factor, you’d have to wonder what side the American and Australian populace would have backed. 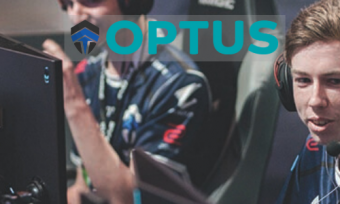