The National Broadband Network (NBN) is nearing completion, and should be 93% rolled out by the end of 2020, according to NBN Co. With Fibre to the Node NBN connections being the most common across the country, there’s a lot of technology out there that isn’t as widely used, but is still part of the story. One of these technologies is Fibre to the Curb, but how does it rate compared to the other NBN types being used?

What is Fibre to the Curb?

‘FTTC’ stands for Fibre to the Curb, and is faster than FTTN. It uses the same technology as Fibre to the Node, except that it utilises it in a much smarter way. Instead of providing internet to a large area through a distribution node, FTTC travels fibre between the NBN and a distribution point, which is located on the curb of a street, and provides NBN to the street through copper wiring. Providing NBN to the street, rather than to a large area, allows for much faster internet without disturbance from your neighbours.

When Fibre to the Premises was discontinued as the standard NBN type, FTTN was brought in to be a cheaper, easier rollout replacement. The main criticism of FTTN was that it’s noticeably slower than FTTP because of its reliance on copper wiring over long distances. FTTC is in many ways a compromise between the two technologies, in that it uses fibre to connect to streets, rather than to entire suburbs or directly to the door.

How much do Fibre to the Curb plans cost?

You can pick up an unlimited data plan with Fibre to the Curb internet for as little as $44.90 a month on the slowest NBN speed tier. Data-capped plans are usually cheaper, but they’re not guaranteed to be so. Most providers have no additional charge on Fibre to the Curb plans, with plans usually ideal for all connection types.

You should be able to connect to the four main NBN speed tiers through most providers on Fibre to the Curb, bar some exceptions like Telstra which only offers NBN 100 to FTTP and Hybrid Fibre Coaxial (HFC) customers. Unfortunately, you won’t be able to get NBN 250 or NBN 1000 on FTTC: these ultra-fast speeds are only possible with FTTP or HFC NBN. If you’d like to compare prices from across the four major speed tiers, see the table below.

What do I need for FTTC NBN?

If you’re connecting to a Fibre to the Curb connection, you’ll need several key things. You’ll need a telephone wall socket, two Ethernet cables, your modem-router and an NBN connection box. The NBN connection box is one of the key markers of your connection to the network, as it’s a modem-like object that connects directly to your phone socket. The connection box itself doesn’t belong to the occupant of the house and instead belongs to the wide NBN network, so make sure you take care of it.

When your place is NBN ready, you’ll be issued this NBN connection box. It needs its own power supply, so connect it to the wall. It’ll also connect directly to your modem with an Ethernet cable. Keep in mind that once NBN is connected to your home, you’ll have up to 18 months to switch to an NBN plan before you lose your ADSL connection. Switching to the NBN network is free.

How fast is Fibre to the Curb NBN?

Fibre to the Curb NBN is capable of reaching download speeds up to 100Mbps, although real world results will vary. Fibre to the Curb is faster than FTTN, and is very similar to Fibre to the Building (FTTB), but slower than HFC and FTTP. The fastest speed tier Fibre to the Curb connections can get is NBN 100, which maxes out theoretical speeds at 100Mbps. An NBN 100 plan will likely set you back around the $90 mark, but some plans go up to $100 or more.

When you’re shopping for a plan, make sure you take note of the Typical Evening Speed. Every provider has a different evening average speed report, and this indicates how fast you can expect your internet to be between the peak hours of 7pm and 11pm.

There’s heaps of other types of NBN around, some slower and some faster. Here are the six others.

Should I worry about my FTTC connection?

If you’re not happy with your FTTC connection, there’s always the option of upgrading to Fibre to the Premises through the Technology Choice Program, however this will usually cost a lot of money. That said, Fibre to the Curb isn’t a slow connection, and at the slowest speed tier it should still out-perform any old ADSL connection. There is still a lot you can do to make your internet as fast as possible.

You can read more about this here 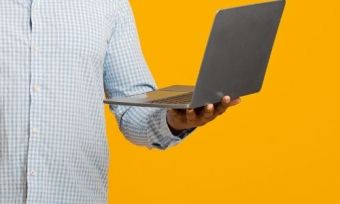 Millions of households to get major upgrades to their NBN connections