We’ve all been there before – desperate looking for something to watch, you scroll through the movies on Netflix Australia in order to fulfill your need for entertainment, but you just can’t quite find a movie that takes your fancy. You don’t need a masterpiece; you just want a movie that will keep you mildly entertained for a couple of hours in the evening.

While these may not necessarily be the worst movies on Netflix, they are definitely not the best. So the next time you find yourself frustratingly flicking through the Netflix Australia catalogue looking for something to pass the time, consider my top 10 terrible, but must watch movies, writes Simon Downes.

Like a few movies on this list, Circle has that sort of end-of-the-world, all-is-lost feel to it, but the entire plot is played out in a single room where dozens of ‘earthlings’ (hint towards a bit of extraterrestrial action there) are put through their paces in a game of life or death. Literally. Not much more can be said without spoiling the movie. You could call it a psychological thriller, but however you categorise the movie, it will keep you hooked right up to a dramatic conclusion. This is the perfect mediocre movie to keep you entertained on a Sunday night.

Not to be confused with the much less gruesome Disney story of the same name, Frozen is about a group of young skiers who somehow manage to get stuck on a chairlift over a long weekend. They’re freezing cold and desperate to get down. What could go wrong? While this movie does have some rather gruesome moments (it is definitely not for the squeamish), you might not even notice any of them due to your attention being focused on the mediocre acting and even worse dialogue. If you like movies with idiotic main characters however, then this one is certainly for you!

Probably the simplest movie in this list, or indeed cinema in general: giant robots punching giant monsters. That’s basically it, for 90 minutes. It goes for style over substance, but you don’t watch a movie like this to think. You watch it to be entertained, and entertainment is delivered in droves by Pacific Rim, as you get to become 10 years old again and marvel at the CGI masterpiece on your screen. Just make sure you shut your brain off before watching it.

Imagine the worst, most badly acted murder mystery you can imagine, and Liars All beats it hands down. This is the sort of movie that leaves you questioning whether you watch too much Netflix. But that said, it’s a good movie to pass the time. Basically, a game of truth or dare goes a bit nuts and a girl ends up being shot dead. Did this guy do it, or did that guy do it? Or maybe she actually shot herself. Genius. Sort of. The movie currently sits at a 4.3 rating on IMDB, which is absolutely abysmal, but this movie is firmly in the category of ‘so bad it’s good’.

This is one for fans of movies that involve plane crashes and rather predictable twists. Starring a young Anne Hathaway before she went on to make some good films, Passengers is all about the survivors of a plane crash who struggle to cope with life after the disaster. They also can’t agree on what happened in the final moments before the crash. What’s going on?

This is another one from the category of completely stupid, yet actually quite entertaining movies. For some reason you’re never really sure about, twin brothers (born seconds apart, get it) have some crazy supernatural powers and decide to wreak havoc on their school and classmates. Why wouldn’t you? But where are their parents in all of this? With a run-time of just under one and a half hours, you can easily afford to watch and find out.

If you like the idea of a movie that involves the hero needing to kill a bunch of his own family members to save one cursed little girl, then The Chosen is a must watch. That’s pretty much all you need to know. It’s a low-budget horror film that stars a YouTube personality instead of a trained actor, so don’t expect any Oscar-worthy performances from this one. Reviewers call the film ‘not that bad’, so make of that what you will. It was an enjoyable experience, and while being far from the best movie on Netflix, it is certainly not the worst.

A bunch of people have survived a nuclear war, but now their biggest challenge is surviving each other. With a limited supply of food and water, you can pretty much guess how this one goes. The Divide is currently sitting at a meager 26% on rotten tomatoes, and is quite a violent film, so be wary of this one if that isn’t your thing. It’s the sort of movie you’ve probably seen a dozen times, but it’s enjoyable nonetheless.

This is another one that fits into the ‘so bad that it’s good’ category, Catwoman, starring Halle Berry, is considered to be one of, if the not the worst superhero movie of all time, made at a time when superhero movies were entering a golden age. In this film, Halle Berry gets cat-like powers by literally getting breathed on by some kind of magic cat. Yep. It doesn’t really get any better after this, and goes on to feature the single worst scene in movie history. But don’t be put off by this description of it. On the contrary, you have to see it even more now, so you can wonder how on earth this abomination got made. It received a grand total of 7 golden raspberry nominations, which are basically the Oscars for garbage movies.

Another movie with a post-apocalyptic theme to it (why are there so many of these?), The Road is about as gritty and depressing as they come. Viggo Mortensen of The Lord of the Rings trilogy stars as a father who, along with his son, must battle the elements and the blood-thirsty natives of their recently messed-up world in search of a better future. It’s not the best movie in its genre, but it’s gripping nonetheless.

Of course there are two terrible movies for every good one, so there are plenty of others on Netflix that might be more your style. You can see our guide to the best shows and movies on Netflix via these links.

What’s your favourite terrible Netflix movie? Tell us on Facebook. 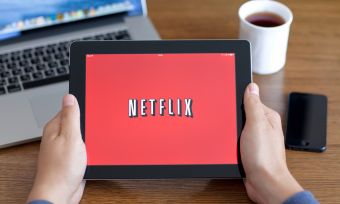