Vodafone has announced that it will launch its own media streaming device, as well as provide free Netflix on some NBN plans.

One of Australia’s three mobile phone carriers – as well as a burgeoning internet provider – Vodafone will launch an Android-powered TV box called ‘Vodafone TV’. Customers who sign up to selected NBN plans will also get included Netflix for a year.

The Vodafone TV device is reported to cost $120 and will compete with the likes of Telstra TV and Fetch. Users are also able to bundle in the device for $5 extra per month on their Vodafone broadband plan.

Vodafone TV will be $70 less than the Telstra TV 2 box, $20 dearer than the Foxtel Now device and will operate on an open Android platform. This means that users have the freedom to add the apps they like through the Google Play store and that Vodafone has no ties to any particular third parties.

The box is compatible with free-to-air TV and comes with a remote with ‘one-button’ access to Netflix and YouTube.

“We’re not going to maintain the status quo by buying up content rights and building walls around it… we don’t think it’s fair that Australians are being locked out of access to content they want to watch,” said Ben McIntosh, Vodafone’s Consumer Business Unit Director.

On Netflix and the new plans, Mr McIntosh said: “Australians want fast and reliable broadband with the freedom to watch the content they love when they want. This is exactly what Vodafone is fighting for.”

Vodafone TV will be available for purchase from the middle of April. The teclo has specified that the Vodafone TV box will work with or without a Vodafone broadband plan.

One streaming box to rule them all? The @VodafoneAU streaming box sounds really promising. All the benefits of the Foxtel Now box (minus Foxtel) with none of its hardware (cannot support general Netflix build) & software limitations. https://t.co/Vit3xIpGNt

Since when does Vodafone have NBN plans?

Vodafone launched NBN plans in late 2017 and currently offers unlimited data from $70 a month. More expensive plans get faster speeds and will now also get included Netflix for a year.

Currently, Vodafone NBN is only available to Sydney and Melbourne residents, but the telco giant has announced that it will expand to Brisbane, Gold Coast, Adelaide, Perth and Tasmania from April.

NBN customers also receive a 4G backup function in their router to step in, in case any NBN dropouts occur. Vodafone General Manager Matthew Lobb said this has been met with praise from consumers.

“What’s been great is that it’s been a really powerful tool for when there’s a fault on a customer’s NBN line we’ve made sure the device automatically moves onto our 4G network as a backup. That allows us to proactively get in touch with NBN and get in touch with the customer to work on the fault and in the meantime customers have kept their connection,” Mr Lobb said. 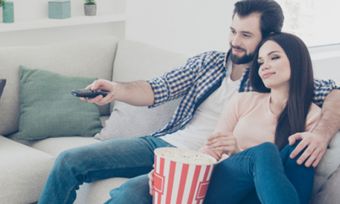