Electricity and gas retailer Alinta Energy will compensate thousands of customers after being judged by the consumer watchdog to have made misleading price comparisons in its advertising.

The ACCC says the advertisements were in breach of the Australian Consumer Law. The comparison was deemed misleading as it gave a false impression of Alinta’s electricity price reduction, which for standing tariff rates was 1.8 per cent, not 2.8 per cent as advertised.

“Alinta’s conduct prevented customers from making informed choices about which electricity retailer best suited their needs. Businesses must not mislead consumers in advertisements comparing their prices or services to those offered by competitors,” ACCC Acting Chair Delia Rickard said.

“Following ACCC action, Alinta will contact all affected Victorian customers to advise that they will honour the advertised price reduction for customers who wish to continue with their plan.”

Alinta’s commitment to honour the 2.8 per cent tariff price reduction will be provided through credits backdated from 12 January 2018 until 11 July 2018, and also through adjusted rates which will apply from 12 July for the next six months.

As a result of the investigation, Alinta immediately ceased the advertising campaign, the ACCC reported.

Alinta is also said to have implemented a review of its advertising processes and conducted refresher training in the Australian Consumer Law for relevant staff.

The retailer says the error occurred when an average tariff reduction figure was reviewed and found to be one per cent lower than the 2.8 per cent average reduction that was communicated during this period, and that it proactively raised this with the ACCC.

Alinta Energy’s Executive Director of Retail Markets, Jim Galvin, said: “We apologise to those customers who were affected. We remain absolutely committed to making energy more affordable for you, and recognise our communication should have been clearer and error-free.”

While the credits will be automatically applied for affected customers, anyone with questions can call Alinta Energy on 133 702.

Alinta Energy is not the first power retailer to find itself in hot water with the consumer watchdog in recent years. From sales tactics to discounts and terms and conditions, the industry regulators have called out other companies when they have been deemed to have made misleading representations.

Simply Energy was fined more than $20,000 in 2015 for misleading door to door sales conduct that saw households told there was an ‘urgent problem’ or ‘something wrong’ with their existing electricity supply in order to get them to switch providers.

Origin and EnergyAustralia have also been slapped with significant fines for some sales tactics in recent years. In some cases, it involved third party sales partners.

Simply Energy was also fined $60,000 by the Australian Energy Regulator (AER) in 2017 after being judged to have breached the National Energy Retail Law by failing to obtain explicit informed consent before entering customers into new contracts. Affected customers included residents of a nursing home and a retirement village.

Another high-profile case saw Momentum Energy’s parent company Hydro Tasmania fined more than $50,000 for running an advertising campaign that claimed its electricity was generated from “thin air and fresh water” when the renewable energy generated by Hydro Tasmania was fed into the national grid and distributed to all retailers. 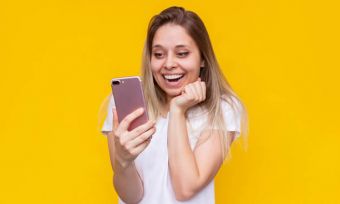