If you’re a sports fanatic living in Australia, no doubt you’ve already heard of Kayo, the ‘Netflix of Sports’ that allows Aussie fans to tune into their favourite sports from around the globe without having to wake up early to catch all the action live.

For the more casual sports fan, or those living under a rock during the off-season, Kayo is a streaming service that allows you to tune into over 15,000 hours of on-demand sports content, from the NFL to the AFL, all the way to MMA and even sailing, making it a great option if you follow a particular sport, or multiple sports and leagues. But what exactly do you get with your Kayo subscription? Canstar Blue looks at what sports, leagues and competitions you can watch on Kayo in 2021, and whether it’s worth taking up a subscription.

Kayo is home to a large range of sports and events, the most notable of which are as follows. Hit the links below to jump to details on your favourite sport, or to try something different:

What American Football games are on Kayo? 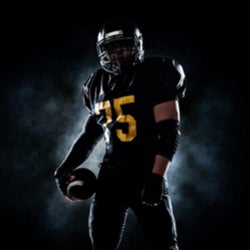 For gridiron fans, Kayo has both live coverage and on-demand replays to help you catch every snap, blitz and touchdown of both the NFL and NCAA College Football seasons. If you like the analytic side of football, Kayo’s coverage also includes talk shows to help you stay up to date with the latest news and trades.

What AFL games are on Kayo?

If AFL is your cup of tea, Kayo has you covered from the first whistle to the final siren in both the men’s and women’s competitions. While you may have to settle for delayed coverage for the big game, Kayo still has plenty to keep you glued to your seat.

What baseball games are on Kayo? 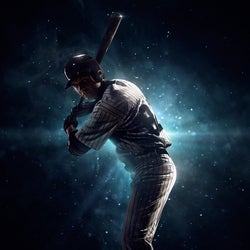 If America’s pastime is also your pastime, then Kayo may be worth tuning into for all your Major League Baseball action. Including live coverage and replays of four regular season games per week, Kayo coverage also includes the post-season and World Series. If you want to stay up to date with all MLB news, Kayo’s coverage also includes the MLB Strike Zone talk show. If you’re after something more local, Kayo also has select coverage of ABL games.

What basketball games are on Kayo?

If ‘shooting hoops’ is your sport of choice, Kayo has you covered in a full court press, with coverage of the NBA and NBL games all year round. Including seven regular season NBA games every week – along with select coverage of the Finals – Kayo also utilises ESPN’s coverage of the WNBA, which includes regular season games, as well as the postseason. The biggest games of the college season are also covered, including March Madness and the All-Star events. If you’re looking for the local competition, Kayo covers all games of the NBL and WNBL seasons.

What boxing & MMA fights are on Kayo? 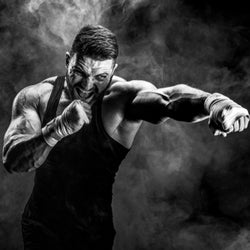 Kayo has a number of fights on the cards, including both boxing and Mixed Martial Arts. Previous fights have included the Super Middleweight Bout and IBF Junior Lightweight Title, with UFC fights and prelims also available. Coverage will be announced when the fights are decided, so be sure to keep an eye out if you’re keen to catch one in particular, with Kayo also expanding into the Pay-Per-View market through Main Event.

What cricket matches are on Kayo?

Whether you’re a fan of the short-form of the game, or don’t mind tuning into the full five days of a test match, Kayo has plenty of options for you to tune into. With live coverage and replays available for the local Australian league, or international games – including every game of the Cricket World Cup – Kayo has the full summer of cricket sorted, regardless of which team you support.

What cycling events are on Kayo?

For those a fan of two-wheels, Kayo has plenty of races to keep you entertained, whether you prefer open road races or the intensity of the velodrome. Kayo’s cycling coverage includes select races from the Asia, Europe and World Tours.

What darts competitions are on Kayo? 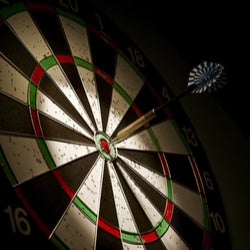 If you’re big on darts, then Kayo may have just hit a bullseye, offering both live coverage and on-demand replays of every game of multiple championships, including the Premier League and World Cup.

What eSports events are on Kayo?

A relatively new entry into the world of sport, eSports have garnered huge interest from gamers around the world. Swapping strength and agility for dexterity and focus, these eSport athletes are building an incredible atmosphere for sports fans, and Kayo gives you unprecedented access to a handful of events.

What Extreme Sports matches are on Kayo?

For the thrillseekers out there, Kayo has you covered all year-round with X Games action. Whether you’re a fan of two-wheels, four-wheels, or no-wheels, you can find it on Kayo.

What field hockey & ice hockey games are on Kayo? 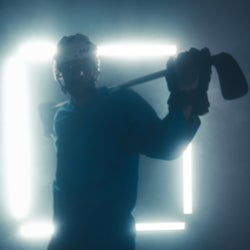 Regardless of whether you prefer it on ice, or on the field, if hockey is your thing, Kayo has plenty of action to keep up with both the Australian league and overseas competitions. With live coverage and on-demand replays for all Australian Internationals – including the Kookaburras and Hockeyroos – Kayo additionally has regular season and post season NHL action.

What football matches are on Kayo? 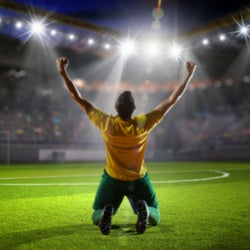 With live coverage and on-demand replays available for leagues around the world, football (or soccer) fans have plenty to keep them occupied. With Australian internationals available year round, including World Cup qualifiers for the Socceroos and Matildas, Aussie fans can keep an eye on both local competitions and overseas leagues, including the Spanish, Italian and German leagues.

What golf tournaments are on Kayo?

If golf is your way of relaxing on the weekend, then Kayo may be the best place to catch all the action of the big tournaments across the globe. With live coverage available for all tournaments, plus on-demand replays available for most, Kayo may be a good bet if you’re looking for the highlights, or all 18-holes.

What horse racing events are on Kayo?

For all your fillies, mares, stallions and geldings, Kayo has you covered. Year-round horse racing is readily available through Racing.com, so saddle up with both live and on-demand race coverage.

What motorsport events are on Kayo? 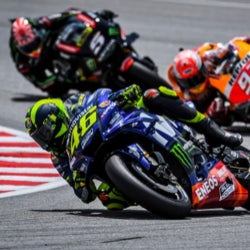 If you feel the need for speed, Kayo has plenty of options for you to strap yourself in for, whether you prefer two wheels or four. With practices, qualifying sessions and races both live and on-demand across most race types, fans can enjoy until the checkered flag is waved.

What rugby league games are on Kayo?

If you’re big on rugby league, whether it’s the NRL or the UK Super League, Kayo has coverage for both, including live and on-demand replays. With rugby coverage including Australian test matches, delayed coverage of the NRL Grand Final and State of Origin series, as well as selected games of the Intrust leagues, your season of footy is sorted with Kayo.

What rugby union games are on Kayo? 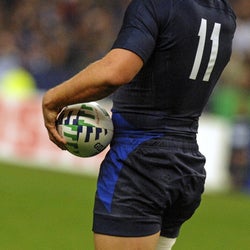 If rugby union is more your style, Kayo has plenty of games and leagues available. With live coverage and on-demand replays of select competitions and grades, Kayo can help you capture every tackle, line break and try.

What sailing events are on Kayo?

It’s high-tide for sailing fans at Kayo. With the Sail GP and America’s Cup available live and on-demand, there’s no reason why Kayo shouldn’t be an anchor for any avid sailors.

What surfing events are on Kayo?

Join the wave this surf season with the world’s most prodigious boarders in the World Surf League. Catch the literal highs and lows as top surfers such as Kelly Slater, John John Florence, and Australia’s own Ryan Callinan traverse dumping waves around the world, live and on-demand from Kayo.

What tennis events are on Kayo? 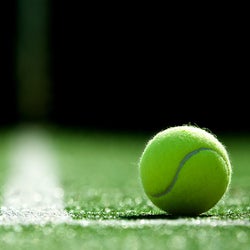 With live coverage and replays available across major tournaments and events, you can tune in to watch your favourite players on the biggest stages world tennis has to offer. With men’s, women’s and doubles coverage available with Kayo, you’ll almost have more games to watch than you can swing at.

What other sports can I watch on Kayo?

If you’re a sports fan through and through, or you don’t mind picking up a new hobby, Kayo has plenty of other sports and events available in its coverage. Whether you’re looking to catch flights, waves, or even the latest e-sports, Kayo has plenty to tune in for.

How much does Kayo cost?

Kayo currently has two plans available for sports fans to choose from, including the $25 Basic plan and a $35 Premium plan. Each plan is a monthly subscription, although you can cancel your subscription at any time. Sign up is available via Kayo’s website, with a 14-day free-trial available for new customers.

The main difference between the two plans is how many screens you can watch sport on, with the $25 plan allowing you to stream on two screens, while the $35 option allows for three screens to stream at once, allowing you to keep up with all your favourite teams.

What else is included in my Kayo subscription?

In addition to sports coverage, Kayo has a number of handy features that may help make each victory that much sweeter. HD streaming is available (if you have the bandwidth), as is ‘Key Moments’ or ‘Kayo Minis’, which give you a condensed highlight reel for those who don’t have the time to catch the full game. Kayo also includes a variety of shows and documentaries if your team isn’t playing, or you’re looking to get the inside scoop of what’s happening if your league.

‘SplitView’ is also available, which allows you to watch up to four videos on the same screen at once, which means you can watch multiple games or view the same game from different camera angles. Or if you haven’t had a chance to watch the game, you can utilise the ‘No Spoilers’ setting, which hides the final result until you’re mentally prepared to see if your team has got one up over the competition.

How can I watch on Kayo?

Kayo is available on a number of supported devices, and is compatible with your laptop, phone, tablet and TV, with an app available via the App Store and Google Play, making it easy to catch your favourite team while on the go, although Kayo offers a list of supported devices on its website for you to check before the big game comes around.

Score a free month of NBN with Belong