Imagine if we were still living without electricity – where something like washing clothes meant agony, and it was something that took all day. Electricity has become such a big part of our lives that we can’t imagine life without it… until the electricity bill comes around. With electricity seemingly costing more and more every year, it’s only natural to want to assume the life of a hermit and do away with electricity for good. Regardless of how careful we think we might be, sooner or later we all receive the bill that’s higher than expected. It’s known as ‘bill shock’ and it can sting.

Why is my electricity bill so high?

So, why is your electricity bill more expensive than expected? We take a look at the likely reasons. You might want to think it’s just a mistake from your retailer, but unfortunately it almost certainly won’t be.

Standby power consumption or a ‘phantom load’ is a silent energy sucker. Why would you want to use electricity for something you’re not actually using? If you’re looking at cutting standby power costs, look no further than your living room where home entertainment devices are frequently left on standby mode. While individually these devices don’t contribute much, when they team up you could quickly see the power use increase. The South Australian Government has calculated that each watt of standby power can contribute $2.89 to your annual electricity costs if left unchecked. That could turn out to be a huge chunk of change. Here are some common devices and their standby power use:

Switch these appliances off at the wall, or better yet install a smart power board – the device will cut power to a certain device when it senses it’s on standby mode, but will leave other active devices untouched. These regularly cost around $100. It seems expensive but when you consider that up to $2.89 can be saved per watt per year, the price of a smart power board will quickly pay for itself.

While a single light bulb might not use much electricity, it all adds up. As the nights become longer in the winter months, you will likely end up using your lights for longer, adding to the energy bill. Incandescent light bulbs – though aesthetically pleasing – are notorious for being one of the more energy-sucking bulbs around. They rely on dinosaur technology, and other bulbs such as CFL and LED types can cost as little as one-fifth in energy use versus an incandescent bulb.

Switch out your incandescent bulbs for CFL or LED ones. LED light bulbs are generally more expensive, around $10 or more per bulb, but offer superior energy savings. CFL bulbs are barely more expensive than incandescent ones but are slightly less efficient than LEDs. Investing a little more the next time you go light bulb shopping could trim the fat on your next electricity bill. 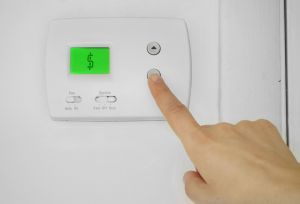 For many of us it’s a no brainer that air conditioners and heaters are notorious as energy suckers. Many of us count on our cooling and heating systems in peak seasons. If you’re running your appliance for too long, or it’s operating in a non-insulated or large area, it will not run inefficiently and it will quickly run up your energy bill. Even the more efficient air conditioners can cost upwards of 40c an hour to run – likewise for heaters, or air conditioners used for heating. If an air conditioner is used a room too large for its capacity, then you’re essentially burning money for little benefit.

You might not be aware that your energy provider may charge a different tariff rate per kWh in peak times. Usually this can differ by 10c per kWh or more compared to off-peak times. Compare the table from Origin Energy detailing costs for Queensland customers on ‘Tariff 12’. It details how Origin charges per kWh in different times of the day and week:

Customers must be aware of their tariff structure to properly monitor their energy expenses. If you’re on a time of use tariff, ensure that you minimise use of energy-draining appliances in peak times. Say you use a washing machine that uses 300kWh per year. In peak times this could cost over $100 a year in electricity, versus just under $55 in weekend/weekday off-peak times. Being mindful of peak/off-peak times could see you save nearly 50 per cent in a year. Of course, your individual tariff structures may vary!

Some power plans come with an ‘energy allowance’ for which a certain rate is charged. If this is exceeded, customers are charged a higher rate for usage beyond their allowance. Unless your home has a smart meter installed, someone from your distributor will need to physically check your electricity meter. If it’s inaccessible they may estimate your usage. An estimate is indicated by an ‘E’ next to your meter reading. Many retailers simply take estimated readings and later send settlement figures. Sound annoying? You’re right, but there is a workaround.

To eliminate guesswork, installing a smart meter could be beneficial for both you and the energy company you’re with. A smart meter records your energy use in half-hour blocks, for more accurate reporting. If you’re in Victoria then chances are you already have a smart meter, as government policy from 2013 stated that electricity providers must rollout smart meters to all homes.

What can I do to save money on my power bill?

When it comes to electricity, being diligent pays off. If your bill is higher than expected, stop and think about what has been different over that payment cycle. If you need a hand managing your electricity usage, there are plenty of new smart technologies which help monitor usage and reduce standby usage.

If all else fails, give your energy provider a call and ask them if there has been a change to rates or if you’ve lost a particular discount for some reason – If this achieves nothing, then perhaps it’s time to compare energy providers and consider a switch. 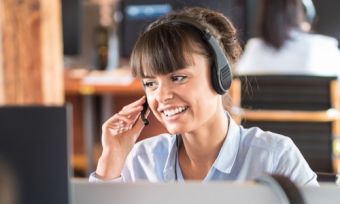 Who Is My Energy Distributor?