Start your engines supercar fans, the 2019 Virgin Australia Supercars Championship is about to get underway! With races stretching from February all the way through to November – including the Melbourne 400, Phillip Island SuperSprint, Gold Coast 600 and the Bathurst 1000 – rev-heads have plenty to look forward to. But where can you tune into for every twist, turn and pitstop? Canstar Blue looks at where you can access live races, replays and extras throughout the Supercar season.

Sports streaming service Kayo offers live coverage and replays of every practice, qualifying session and race, making it ideal for those who don’t want to miss a single second of supercars action this year. Kayo has also announced that its coverage will include new feature RaceView, which includes three different camera modes. ‘Co-Pilot View’ will put you in the car, while ‘Heli View’ gives you a bird’s eye view of the race, with a ‘Race Centre’ keeping you up to date with the leaderboard and driver stats. You’ll even be able to keep an eye on all three cameras at once thanks to the SplitView feature, meaning you won’t miss any of the big moments.

If the Supercars and RaceView aren’t enough to keep you glued to the couch, Kayo also has coverage of F1, Formula E Championship and the MotoGP, with the Red Bull Air Race also available for those looking for an adrenaline rush. 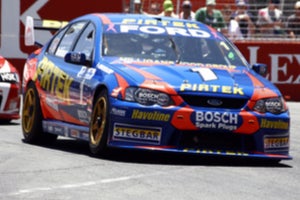 Broadcasting on Channel 506, Foxtel shows every single practice, qualifying session and race live or on-demand, making it a handy option for those on the go, as well as those who set time aside for the race. In addition to the Supercars, Foxtel provides a number of other racing programs and channels, whether you prefer two wheels, four wheels or even horses.

A welcome free-to-air option, Channel 10 has secured part of the coverage for the upcoming Supercar Championship, offering fans seven live races, with the rest available for delayed viewing on TenPlay, the TV network’s streaming platform. While it might not be the option for those wanting to keep up to date with all the behind the scenes action, Channel 10 could be the right fit for those who just want a bit of free supercars action.

If you’re looking to catch the Supercar action but aren’t in Australia or New Zealand, you can subscribe to SuperView, which includes coverage of qualifying sessions and races throughout the season. You will also get on-demand replays if you can’t catch the race live, with a DVR-style rewind function in case you blinked and missed something.