For the first time in history, the Olympics is set to take place in a year ending in an odd number, following the oddity that was 2020. For the diehard Olympic fans who have been watching since the eighth century B.C., five years is the longest you’ve had to wait for your quadrennial fix, but track, field, and everything in-between is back, with the 2020 Tokyo Olympics about to get back on track. So if you’re a bit rusty and unsure how to catch the Olympic action, Canstar Blue has you covered for everything you need to know.

How to watch the Olympics in Australia 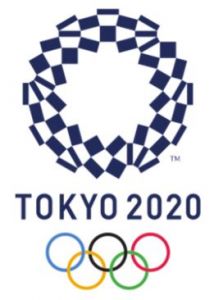 Fortunately for fans of the Summer Olympics, hundreds upon hundreds of hours of athletic action will be streamed via the Channel 7 suite of services. This includes Channel 7, 7Mate, 7Two and 7plus. These channels are free-to-air, meaning viewers won’t have to spend a cent on their viewing, with 7plus free to sign up to.

When is the Tokyo Olympics?

The 2020 Tokyo Olympics will be held between July 23, 2021 to August 8, 2021, with a schedule of the events below. However, it’s best to check your local TV guides for local times and coverage.

Which Aussies could get a medal at the Tokyo Olympics?

Australia heads into the Olympic Games with Swimming as its most historically successful event, with Kyle Chalmers looking to defend his 100m crown, and seasoned veterans Emily Seebohm and Cate Campbell returning for a fourth Olympic Games.

The Australian Basketball squad looks to be the strongest ever, with Utah Jazz sharpshooter Joe Ingles slotting into his national squad after a thrilling playoff series came to a close. Joining Ingles is Philadelphia 76ers forward Ben Simmons, and Australian veterans Matthew Dellavedova and Patty Mills.

Sally Pearson will be returning for another Olympic campaign as she competes in the 110m hurdles with fellow Aussie Elizabeth Clay. It’s sure to be a monumental year for Australians in the Olympics, with the possibility of an upset – and another Bradbury moment – always around the corner.

And if you can’t wait until the Olympics get underway, or simply want to check out other sports in between events, check out our guide on the top sports streaming services available in Australia.

When is the 2020 Tokyo Olympic closing ceremony?

You may not be able to find the Olympics on Kayo, but when the tournament finishes, you’ll have access to a wealth of sports to fill that gap, from basketball to cricket, motorsports to soccer. Click ‘go to site’ for more details.