AGL has announced plans to give automatic discounts to customers paying the most for electricity.

The energy giant claims to be providing a “safety net” for its standing offer customers, with discounts of up to 10% helping to reduce power costs by as much as $180 a year.

The initiative comes at a time when standard contract prices are set to be reduced thanks to the introduction of a new Default Market Offer for electricity customers who do not actively look to find a better deal.

AGL says the move will bring standing offer customers “more in line” with the majority of its customers who are already on discounted market offers.

The retailer says the new discounts will be applied to more than 150,000 households, who will see savings of between $50 and $180 off the standing offer, assuming average annual usage of 4.4 MWh on a peak only tariff.

AGL customers in Victoria appear set to benefit the most, with an automatic discount of 10% applied to electricity usage and supply charges from January 2019.

Customers in New South Wales will get 10% off usage charges, while those in South Australia will get a 7% discount and those in Queensland 5%.

The discounts will occur automatically, without requiring customers to take action. However, households will need to be on the standing offer for 12 months before the discounts apply.

“We understand the importance of energy affordability and the need to ensure customers are rewarded for their loyalty,” Mr Redman said.

“The safety net will protect AGL electricity customers and give automatic discounts to thousands of customers without them having to pick up the phone.

“At any time, customers can get in touch to seek a better deal and we encourage them to do so. The safety net is in place for customers who do not get in touch.”

The new measure follows efforts by AGL to proactively write to standing offer customers, urging them to seek a better deal.

The standing offer discounts will also benefit small business electricity customers, with 27,000 to receive an average annual saving of between $120 and $340, assuming average annual usage of 8.8 MWh on a peak only tariff.

.@AngusTaylorMP: It’s a step in the right direction and I commend AGL for this move. These standing offers are the prices you get if you don’t negotiate. Those prices have been too high and AGL have announced a 10 per cent cut.

Putting an end to the “loyalty tax”

Energy Minister Angus Taylor said AGL’s announcement was a move in the right direction, but he is now putting pressure on other big power retailers Origin and EnergyAustralia to follow its lead. He said the Coalition government is committed to getting rid of the “loyalty tax” on energy customers who were punished for not shopping around or asking their retailer for a better deal.

“I encourage these standing offer customers to contact AGL and seek an even better deal via market offers,” Mr Taylor said.

“I commend AGL for being the first to respond. I urge other energy companies to follow AGL’s lead and address concerns on energy affordability.

“This is a good outcome for Australian families and hard-working businesses. But we want the other companies to follow and remove this loyalty tax which has been so pernicious for so many customers.”

Origin and EnergyAustralia are expected to announce their own policies for reducing retail electricity prices by January 1. 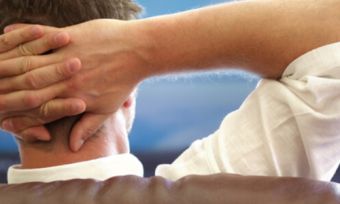