The Incredibles, Toy Story, Monsters, Inc., Up, Ratatouille, Wall-E. It’s no secret that Disney’s animated studio Pixar is home to some of the greats. That’s why, when streaming platform Disney+ gave us a sneak peek into some of their November content, a doco-series caught our eye: Inside Pixar. An exclusive, behind-the-scenes look into the studio that brought us the animated movies that defined our childhood is sure to be a hit regardless of your current age bracket, so get ready to feel nostalgic when Inside Pixar hits Disney+ on November 13. 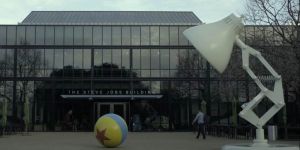 What is Inside Pixar?

A Disney+ Original, Inside Pixar is your backstage pass to all things Pixar animation. Filming takes place on Pixar’s ‘campus’ in Emeryville, California, and focuses on the day-to-day operations that take place at the iconic studio. Judging by the glimpse we get from the Disney+ ‘November’ trailer, we might get to see the process of making the short Pixar film, Out. Or, it could be something new? Ratatouille 2, anyone?

According to Disney, “this documentary series of personal and cinematic stories that provide an inside look into the people, artistry, and culture of Pixar Animation Studios”. While not much else has been showcased at the time of writing, this series will surely be worth putting in your calendar, regardless if you’re interested in learning more about what goes into making an animated film, the people behind childhood favourites or you just love all things Pixar.

Coming This November to Disney+

If you’re keen for more than just Inside Pixar, check out the official trailer for all things coming to Disney+ this November.

Stuck on what to watch? Check out our top Disney+ Original recommendations to help you and your squad find the best option for a GroupWatch party, and get ready to settle in for a movie night like no other.