The humble microwave has become a necessity in today’s kitchen, with the power to heat up a meal in seconds a true blessing for many. Whether it’s steaming veggies, defrosting the chicken your mum told you to take out of the freezer hours ago or heating up last night’s pizza, the microwave has established itself as a true hero.

But as necessary as it is, choosing which microwave to include in your kitchen can become a bit tricky, with a wide variety of brands and models available, making it a tougher decision than simply picking a colour to fit in with your kitchen aesthetic. Did someone say black microwaves?

While many families will be content with the average microwave, there will be plenty who will benefit more from using a ‘convection’ microwave. While more commonly known as the microwave oven, the convection microwave has been around for decades, providing culinary enthusiasts with the ability to cook quicker, as well as cook to crispy perfection.

How do convection microwaves work? 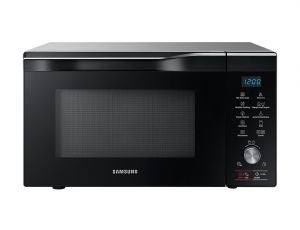 There doesn’t seem to be any part of our lives that Samsung hasn’t yet explored, with the Korean tech giant expanding into the home appliance market with relative ease. While it does offer a wide range of microwaves, for those after a convection microwave, your options will be more limited.

Despite this however, Samsung doesn’t let the lack of variety stand in its way, employing plenty of features for consumers to explore. While only known as the ‘Convection Microwave’, Samsung has seemingly put a lot of thought into its product, with HotBlast Technology utilised to allow users to create a crisp texture on their food.

Containing six different power levels for all types of cooking, Samsung’s convection microwave also has a 32L capacity, meaning you’ll be able to fit plenty inside there if you’re hungry. Available at a variety of retailers, it will set you back around $350. 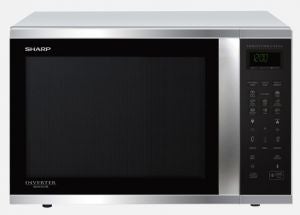 Offering possibly the biggest line of convection microwaves available in Australia, Sharp seems to have positioned itself as the brand of choice for those serious about their cooking. Offering multiple models in 900W, 1000W and 1100W varieties, Sharp has got you covered in the kitchen.

The R890 series – one of the cheaper options available – would be enough for most households and families, with plenty of features and functions to help with big meals as well as those late night snacks. The series includes 28 smart auto menus, along with three programmable favourite keys, allowing quick access if you cook the same meal regularly. Users will also be happy to hear that Sharp has also included a Sequence Cooking function, which allows up to four cooking stage and times to be programmed, meaning you can put your feet up while dinner is cooking.

If you’re after something with a bit more grunt, the R995 series could be the product for you. With additional features, extras and add-ons, the R995 series includes Inverter and Sensor technology, helping you cook your meals to perfection every time. 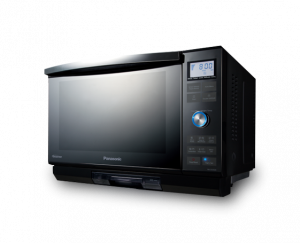 Another company that you can deck your whole house out with, Panasonic has delved into the home appliance range with plenty of products on offer for consumers. Included in this range is this convection microwave, with Panasonic offering multiple models for you to choose from.

While not the cheapest range in the market, Panasonic models utilise flatbed technology instead of the traditional turntable setup, which allows for a larger cooking area, so you can fit in a Sunday roast with no problems. Well, that may be pushing it a little, but you know…

Panasonic’s top end product, the CS8, also has the added function of steaming, allowing more options to be put cooked in the microwave. 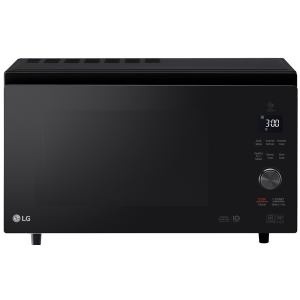 Another home appliance heavyweight, LG has also ventured into the convection market, offering two models for consumers. The NeoChef range, which will set you back around $700-$800 if you buy from the company’s website, has a 39L capacity, as well as coming in a variety of colours and finishes to suit your household.

The NeoChef models also contain a variety of features, including the Healthy Fry feature, which is designed to reduced the amount of fat after frying by up to 70%, perfect for those looking to make a healthy change. With multiple menus and cooking modes, you’ll be able to find the perfect setting for your meals too, making meal time that much more exciting.

Convection microwaves and air fryers can cook similar foods, but microwaves do have a slightly larger capacity and can cook larger food quantities (hello, French fries) than standard air fryers. On the flip side, air fryers cook foods faster than microwaves, although if your microwave oven has a convection feature, you can cook by convection or by microwave-convection to whip up your favourite dinners in a jiffy.

Is a convection microwave worth the money?

If you’re cramped for kitchen space, or you’re looking to deck out an RV for an extended roadtrip, the convection microwave is the convenience of a microwave – with the power of an oven – meaning you’ll get the best of both worlds in a small package. However, as they can get quite expensive, you’ll have to decide whether it’s worth the extra cost, especially if you already have an oven installed in your kitchen.

Regardless of what type of microwave you’re after, it’s still best to undertake your own research into the variety of products out there, as you may find a better deal, or a better fit for your kitchen.