If you feel you resemble more of a roasting Christmas ham, than a cool cucumber in the salad this summer, then you may well be yearning for an air conditioner to keep your cool. Some air conditioners, however, are a cut above the rest when it comes to cooling, and Aussies have a penchant for sticking with the ‘tried and true’ brands. Such brands are Mitsubishi Electric and LG.

Ever wondered what sets the top air conditioning manufacturers apart? Why are some just more popular than others? It’s more than just clever marketing. Here, we compare the best air con features of two major brands – Mitsubishi Electric and LG – to find out which delivers the best value and the standout technologies when it comes to keeping your home at the optimum temperature.

Mitsubishi Electric and LG specialise in split system air conditioners, which are the ones you’re probably most familiar with. They’re the mysterious white or silver box you see on the wall in so many Australian homes. We know what you’re thinking – air conditioners can be expensive – but we’ve broken this air con review down into price segments that are sure to suit quite a few budgets. Let’s get a look at what the two powerhouses of air conditioning can offer below:

In this ‘budget’ end of their ranges, Mitsubishi Electric and LG offer a couple of strong contenders.

Here, Mitsubishi Electric’s offering is of a 2.5kW variety. It’s reverse cycle, which basically means it houses the evaporator and condenser all in the same unit. It also boasts a heating capacity of 3.2kW. These two power figures mean it’s best suited to a smaller room, such as a bedroom, study or home office. The modest power doesn’t mean it’s without technology though; it boasts Wi-Fi control that allows you to connect your smartphone to it for total, convenient control. It also features an ‘iSave’ mode, meaning it allows you pick up where you left off with your preferred temperature, which can aid in reducing power consumption. Its retail price tag is $1,199, ducking just under the $1,200 threshold.

Life’s good for the LG air conditioner. It boasts 2.5kW of cooling power, with 3.2kW of heating power. LG has made sure to make maintenance a breeze with this unit. It contains a micro protection filter powered by 3M technology, a dust protection filter, as well as a Plasmaster auto clean function. So, you won’t be coughing and spluttering for the sake of being cool. It also contains active energy control that may aid in reducing power consumption, as well as Wi-Fi smartphone control as an optional extra. It retails for $1,259, but can be found for around $900.

This price bracket is a lot more stacked, and if you’re not satisfied with the following models, then there are plenty more to choose from – there’s likely one out there for you!

Taking it up a notch, Mitsubishi Electric has packed in 4.2kW of cooling power into this beauty. It also boasts 6kW of heating capacity. Again, this unit features the intelligent iSave mode, and a wide variety of airflow options to ensure it’s hitting all the far reaches of your room. It also contains long and wide airflow, as well as a blue fin condenser, which ensures you’re getting all the good stuff into your room. Wi-Fi control also comes as standard, which is especially handy. For a hair under $1,600 and for those budgets that can stretch a little, this model may be the one to fulfil your desires. Sitting in your Speedos in the clamshell pool will be a thing of the past… thankfully. 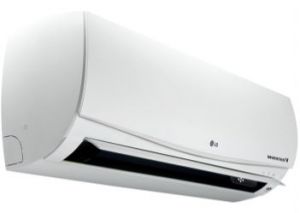 LG has gone one step further here. This unit boasts 5kW of cooling power and 6kW of heating. This makes it suitable for a larger room such as a lounge room or home cinema, even. It has all the usual goodies geared towards ease of maintenance, such as the active energy control, Plasmaster ioniser, the micro protection filter, as well as the dust protection filter and Plastmaster auto cleaner. Retailing for $1,999, it can be found for under $1,650. This is a solid midrange option with a higher power level.

Moving into the business end of town now, and the jolly rancher has increased his budget looking for some extreme cooling for his ranch.

Mitsubishi Electric has upped the ante here, and this unit boasts 7.1kW of cooling power – 8.1kW for heating. It boasts all the usual goodies you have come to expect with the brand, and it also has a super quiet cooling function, which at this power level is impressive. Included – as usual – is the Wi-Fi smartphone compatibility to adjust the advanced settings, monitor room temperatures and turn the unit on and off. This is especially useful for children’s areas as it allows you to maintain full control while keeping your kids comfortable. This model retails for $2,399, which makes it a great mid-high end air conditioner for a medium to large room. 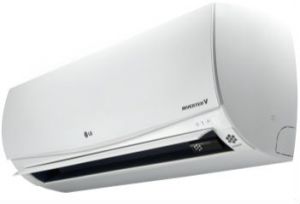 The most impressive unit in the line-up reviewed today, LG has packed in 8kW of power to this bad boy. Heating power is also – as expected – 9kW. It contains what you’d expect from LG at this point – active energy control and the various filters and easy-clean functions to make this like your old reliable Datsun you owned back in the 1980s – never skipped a beat. Retailing for just under $3,000 but it can be found for around $2,100. Overall this is a great higher-end unit that packs a punch and can tackle larger rooms such as the lounge room.

Mitsubishi Electric vs LG air conditioners: What do I need to consider?

The two are leaders in the air conditioning world, however, they each excel in different aspects. Overall, with these two brands you’ll need to consider three main factors:

Let’s take a look at the key features of each brand first.

How noisy are their systems? 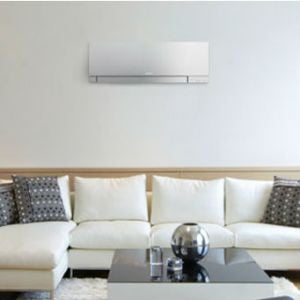 One of the big selling points of Mitsubishi Electric’s systems is that they operate at a low noise level, and for consumers this is highly attractive when it comes to selecting an air conditioner. Loud and disruptive systems can be a nuisance to households as they might have to raise their own sound levels to be heard over the air conditioner.

Mitsubishi Electric claims to have some of the quietest indoor units in the industry, which even come with a low-noise priority function and improved technology to reduce air resistance within the unit. Meanwhile LG’s systems have a ‘sleep mode’ sound level to create a quieter sleeping environment at night.

The truth is no matter which brand you go with, the quietness of each unit is likely to be impressive. Expect a range of around 18-50 decibels, which seems like a lot but 18 is generally whisper-quiet, whereas 50 is a low hum. Anything in this range likely won’t cause annoyance, and will likely be barely audible. You need over 160 to break the sound barrier as a reference point.

Who has the better range? 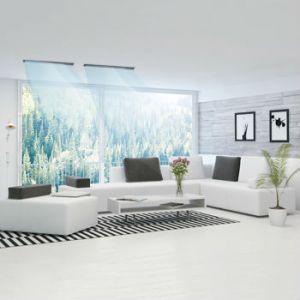 Which systems are the best for air purification?

The air purification technology in LG’s air conditioners is the Plasmaster Ioniser Plus, which sounds pretty high tech. The feature generates over three million plasma ions to filtrate the air in the indoor environment and in the air conditioner itself. The ions react with germs and bacteria in the air and transform them into H₂O molecules, leaving the air clean.

Mitsubishi Electric backs this up with its own similar technology named the Plasma Duo filter system. Again like its competition, it sounds like a scientific wonder. Much like the LG system, the technology improves air quality by releasing the negative ions to neutralise unwanted bacteria and viruses. Mitsubishi Electric also boasts the use of Catechin – a bioflavonoid found in green tea, to deodorise the air and prevent the spread of bacteria.

Which brand is best?

When it comes to buying a new air conditioner, both of these brands are worthy contenders for different reasons, and picking the elite manufacturer between them is tricky as they are so evenly matched when it comes to their features and technology. If air purification is of utmost importance, then LG seems to have a slight edge. If it’s all out cooling power you’re after, then Mitsubishi Electric seems to win out here. It’s pretty ‘tit for tat’, both in features and in pricing. Whichever you go with, you should be in safe hands with some of Australia’s most popular split system air conditioner brands. 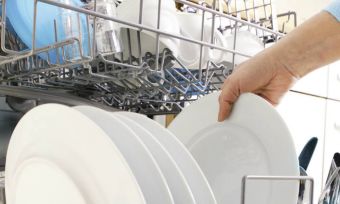