Many Aussies are feeling the pinch of rising petroleum and electricity costs, so is gas the better alternative?

Gas has its own list of benefits, making it a great alternative to electricity for stoves and hot water systems. Yet there’s a lot more to gas than you probably think – Its usefulness extends beyond powering our cars or heating up our water. Keep reading for a full run down on gas in Australia.

What is the difference between LPG and Natural Gas?

The vague term ‘gas’ is enough to send anyone into a spin, as the term is used interchangeably between LPG and Natural Gas (LNG). Though they are different entities, they share similarities and are used in many of the same applications.

The main difference is that LPG is propane, whereas LNG is methane. LPG contains a higher caloric value than LNG, which means its energy content is higher and less of it is required to create the same amount of heat. LPG is denser than LNG and air, whereas LNG is lighter than both. LPG settles, while LNG rises.

LPG is what you will find in a metal canister attached to the barbeque, while LNG is connected to homes and businesses through a mains gas network

What are common uses for LPG?

LPG is a favourite fuel in many households in Australia. Its three primary uses are:

When you factor in that 15% of electricity is generated by gas turbine, you see that we use a lot of gas! In fact, you may have been using a healthy amount of LPG without even realising it.

LPG is also a popular choice for those looking to avoid the high prices of petrol and diesel.  Many modern taxis are equipped with LPG gas bottles and compatible motors. LPG is cheaper and cleaner than petroleum, and it often works out more affordable given a taxi will journey up to a billion kilometres a year according to the Victorian taxi association.

Cut your power bill this winter

What are some other uses for LPG?

The most common uses of gas in homes are heating, cooking and providing hot water, but there are also some unusual uses of gas too.  For example, you can buy a gas powered clothes dryer!  These use gas to quickly and efficiently heat the clothes and, while they cost more than a normal dryer to buy, they cost much less to use.

According to Sustainability Victoria, a gas clothes dryer with a 6kg load capacity, used three times per week will cost around $73 per annum to run. This compares to the equivalent size and use of a standard electric clothes dryer at an estimated cost of $246 per annum.

Another unusual use for gas and one which is a bit counter-intuitive is in a fridge.  You can actually use gas to keep things cool!  These are actually quite popular for camping as you don’t need a power socket or an Esky full of ice, but you can also get models for everyday use in the home.  They work by heating up and then rapidly cooling ammonia. Weird but true!

What are the strengths and weaknesses of LPG?

If you are thinking of becoming a gas convert, it’s important to know the strengths and weaknesses of LPG.

There is a lot of upside to using LPG as a fuel source. The upsides are:

On the other hand, there are also a few downsides to look out for.

Summary of pros and cons

What’s the future of gas in Australia?

“In the next five years we will become the world’s largest exporter of Liquefied Natural Gas,” he said.

In his 2015 budget, he stated the gas industry is alive and well in Australia. His Budget Paper 1: Statement 2 contained the following statement: “Significant investments in LNG are still under development and will make a strong contribution to export growth in coming years. Exports of LNG are set to nearly double over the forecast period as major projects in Western Australia, Queensland and the Northern Territory enter into their production phases. By the end of the decade, Australia is set to overtake Qatar as the largest exporter of LNG in the world.”

Mr Hockey was not wrong. Australia has enormous gas reserves, so much so that we produce much more than we consume, exporting the rest.  Even so, gas is actually the second most common used form of energy in the country (behind oil), accounting for 24 per cent of total energy usage in 2013-2014, two per cent more than electricity. Most of this is due to industry use, with residential purposes only accounting for 7.7% of net energy consumption.

So there you have it. While gas isn’t the right choice for everyone, it can be more favourable in certain scenarios. Weigh up the pros and cons, consider electricity and gas prices in your area, and talk to your supplier before you make any large decision. 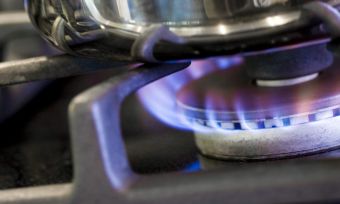 The pros and cons of cooking with gas

Australia vs. China: Do You Care Who Owns Your Energy Company?