KFC is set to raise its prices for the third time this year, as the fast-food giant grapples with rising inflation and will continue to substitute lettuce with cabbage in burgers and wraps.

A spokesperson for ASX200-listed company Collins Foods (which owns over 200 KFC stores across Australia and some Taco Bells) suggested a 1-2% price hike was likely, but could not confirm when the change would kick in.

“While we are planning a higher level of menu pricing than historically … I need to take pains to point out this is exactly the environment we want to be winning in value,” the spokesperson said.

“We’ve got to be careful of not getting too far out in front of our consumer to erode the work that’s been done over the past decade.” 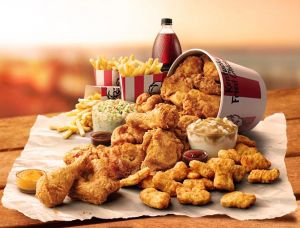 The announcement of the price hike comes despite Collins Foods announcing an increase in revenue of 11%, which translated to a profit of $1.184 billion for the last year and a 2.5% increase in sales.

The company’s positive profit margins suggest customers have not been put off by the last two price increases, the last of which were in June and January 2022.

While it’s uncertain as to when or how exactly the price hike will affect stores in every state, Collins Foods confirmed that cabbage will continue to be added to KFC burgers and wraps for at least another month, as produce shortages and fuel prices continue to impact stores.