Pelé. Maradona. Jefferson Farfán. These are just a few of the profoundly influential footballers who have represented South America on a global stage. And the Copa America is just around the corner, meaning football fans are going to be treated to some of the world’s best football. The competition features 10 of South America’s CONMEBOL members, including Argentina and Colombia – the hosts of the tournament – as well as Peru, Bolivia, Uruguay, Paraguay, Brazil, Chile, Venezuela, and Ecuador. But how can you watch the best of South American football in Australia? Find out in this Canstar Blue guide.

How to watch the Copa America 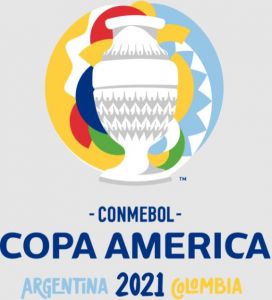 The Copa America is available to watch exclusively on Optus Sport in Australia, with Optus Sports offering live and on-demand coverage throughout the tournament.

Optus Sport offers live and on-demand coverage of all the Copa America action, along with vintage footage of past competitions to enjoy between matches. Optus Sport is available as an optional extra on eligible Optus plans for no extra cost, but non-Optus customers, and Optus customers who don’t have an eligible plan, can still sign up to Optus Sport, which will set you back under $15 per month. If you’re only interested in signing up for the Copa America tournament, you can cancel at any time, but you’ll be charged for the month’s use.

When does the Copa America start?

Is Australia playing in the Copa America?

What can we expect from the Copa America 2021?

As is status quo by now, Brazil and Argentina are the perennial favourites of the South American competition. With Brazil’s illustrious history of the game’s most acclaimed players, and Argentina having, well, Lionel Messi, there is obvious reason for this ranking. But the tournament’s second host, Colombia, have plenty of reason to feel they have a chance. With a strong squad backed by sound form in the past few years, James Rodriguez’ Colombia have a solid chance of taking out top spot. The lethal Cavani-Suarez partnership that has anchored the Uruguay squad for the past decade could be nearing an end, meaning this tournament could be the very last for the duo. The tournament will be sure to bring a competitive spirit regardless.

Many postpaid phone plans are available with Optus Sport included, both bundled ones and SIM only plans. For free access to Optus Sport, you can choose between the 445, $55, $65 or $85 postpaid plans.

However, for those looking for a new phone, Optus has quite competitive iPhone 12 deals, which include a lot more for the price you pay. Plans are separate to your device payments, which can be over 12, 24 or 36 months. iPhone 12 64GB plans with Optus Sport included start at $45 per month plus $34.68 for the phone repayment, totalling $79.68 a month over a 36-month payment period.