It’s known as the ‘race that stops a nation’, and the Melbourne Cup is set to start for another year. Raced over 3,200 metres at Flemington Racecourse, the Melbourne Cup is one of Australia’s biggest events, with the day also hosting a number of other races for punters and viewers to get involved in. But where can you tune into for all the Melbourne Cup action, and what time does it all kick off? Read on to find out.

How to stream the Melbourne Cup 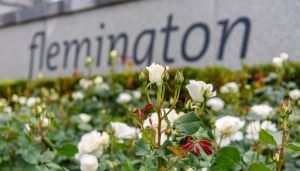 You can watch the 2021 Melbourne Cup on both free-to-air TV and streaming services, with TenPlay and Kayo offering live coverage of the race.

Partnering with racing.com, Kayo will live stream the 2021 Melbourne Cup, with users also able to watch footage on-demand from up to two hours previously, meaning you can catch replays if you’ve just missed out on the big race.

Channel Ten and TenPlay will be the only place to go if you’re looking for free-to-air coverage of the Melbourne Cup. TenPlay is free to sign up to, meaning you can watch the race at no cost if you can’t get to the TV in time.

Some radio stations, such as Triple M and ABC Grandstand, cover live calls and race results throughout the day, although channels and frequencies will depend on your area.

What time does the Melbourne Cup start?

The Melbourne Cup is held on the first Tuesday of November every year, with the cup falling on Tuesday, November 2 in 2021. Here are the local start times in each capital city: