It was the most streamed show in the U.S. in 2019, and its leading star is one of America’s most beloved actors. Of course, we’re talking about Yellowstone — Academy-Award winner Kevin Costner’s cowboy drama following the conflicts and power plays that come with owning and running the largest ranch in the States. If you’ve never seen the show — you’re in for a treat. Read on to catch everywhere you can stream Yellowstone in Australia. Giddy up.

How to watch Yellowstone in Australia 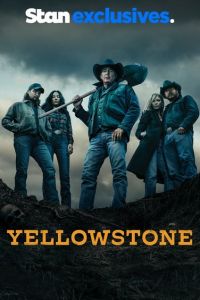 To watch Yellowstone in Australia, you can tune into the Aussie platform Stan to stream the four seasons, or head to iTunes and Google Play where  seasons are available to download or rent.

The first four seasons of Yellowstone are available on Stan, from November 8, 2021.

If you like the idea of saddling up but aren’t ready to commit to a streaming platform subscription, then you may want to go old school and check out the first three seasons of Yellowstone on iTunes. This may also be ideal if you have Apple TV. You can purchase individual episodes for $3.49 each, or full seasons for $24.99. You can also purchase box sets of season one and two for $39.99 or a three season bundle for $59.99.

What is Yellowstone about?

Yellowstone follows the Dutton family, owners of the largest ranch in America, and John Dutton (Costner) as patriarch of the ranching family. Dutton is under constant attack from ­those who border his Montana ranch — namely, American’s first national park Yellowstone, an Indian reservation, and land developers.

Created, written and directed by Taylor Sheridon (who wrote Sicario and Hell or High Water), the show depicts modern-day rural America and the power struggles that comes with owning and operating multi-million-dollar land ($500 million, to be exact). And when money of that magnitude is involved, suddenly violence – and even murder – begin to slowly creep in.

What can we expect in season four of Yellowstone?

The end of season three of Yellowstone was so chaotic it’s being compared to Game of Thrones, and season four picks up right where season three left off. John Dutton was offered $500 million to sell his ranch to Market Equities, or he could wait for the state to condemn his land (which may have left him with nothing). Staying true to himself, Dutton refuses the offer, much to the dismay of his children Beth and Kayce (played by Kelly Reilly and Luke Grimes respectively). In the final scenes of the season finale, Beth’s assistant accidentally caused a bomb to denotate, a gunman storms into Kayce’s office, and John was shot whilst helping a family on the side of the road, leaving the fate of all three Dutton’s in the air. It leaves the question: who lives and who dies? What will happen to the ranch? Who are their enemies? Only time will tell.