After a solid month of spec and feature leaks, Huawei’s much-anticipated P30 and P30 Pro smartphones are available on plans from a range of telcos. Unveiled in Paris early 2019, these Android devices don’t pack too many surprises — but if you’re looking for a serious alternative to Apple or Samsung, the Pro series has a lot to offer.

We’ve got the low-down on each phone below, but you can skip ahead to plans and prices using the below links.

Huawei’s flagship P30 release, the Pro is the high-end upgrade to the lower-priced P30. With a 6.7-inch FullView Curved OLED display, unobtrusive front notch, and a beautifully designed glass back, the P30 Pro is a seriously pretty phone, but where it really shines is in its next-level camera setup.

With four camera lenses in the back, and a 32-megapixel front facing camera, the P30 Pro could become the go-to device for smartphone photography, having already earned the highest-ever phone camera rating from DxoMark. If you’re looking for a smartphone camera that delivers outstanding low-light results, can preserve detail even when zooming in, and offers a range of features to suit both amateur snappers and serious photographers, the P30 may be your perfect match. 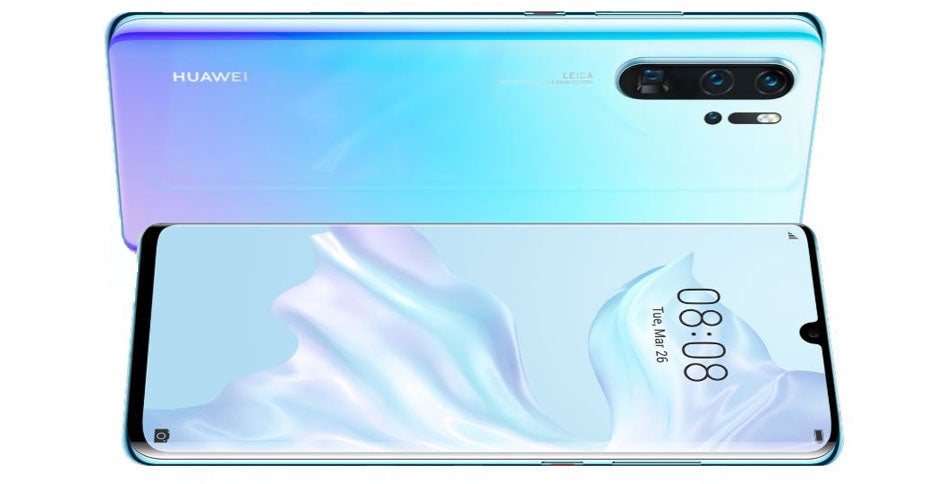 Co-engineered with Leica, the quad camera setup includes a SuperZoom lens (with a 50x digital zoom), a 20-megapixel Ultra Wide Angle lens, a 40-megapixel Super Sensing camera and a Huawei time-of-flight camera (designed to measure the distance of light between objects, for a more realistic portrait mode).

In addition to its impressive camera tech, the P30 Pro features a massive 4,200mAh battery with super charge, wireless charging, and reverse wireless charging (similar to Samsung’s Galaxy S10 range). You’ll also get an in-screen fingerprint sensor, plus new Acoustic Display Technology that eliminates the earpiece speaker, instead projecting sound through the display itself.

The device is powered by a Kirin 980 processor, includes 8GB of RAM, and comes with a 256GB storage size with expandable Nano memory. It will also run Android 9 Pie out-of-the-box, with a new-and-improved Huawei EMUI interface.

The baby brother to the P30 Pro, the standard P30 offers up a 6.1-inch screen and smaller 3,650mAh battery. You still get an impressive camera lineup, but with Leica’s triple rear camera setup (including a 40-megapixel Super Sensing main camera, 16-megapixel Ultra Wide Angle lens, and an 8-megapixel telephoto lens) and a 32-megapixel lens in front.

The P30 also features in-screen fingerprint unlock, but forgoes the Acoustic Display audio you’ll find in the Pro model. However, the Android 9 device does include the same Kirin 980 processor, with a smaller 6GB of RAM and 128GB of storage. 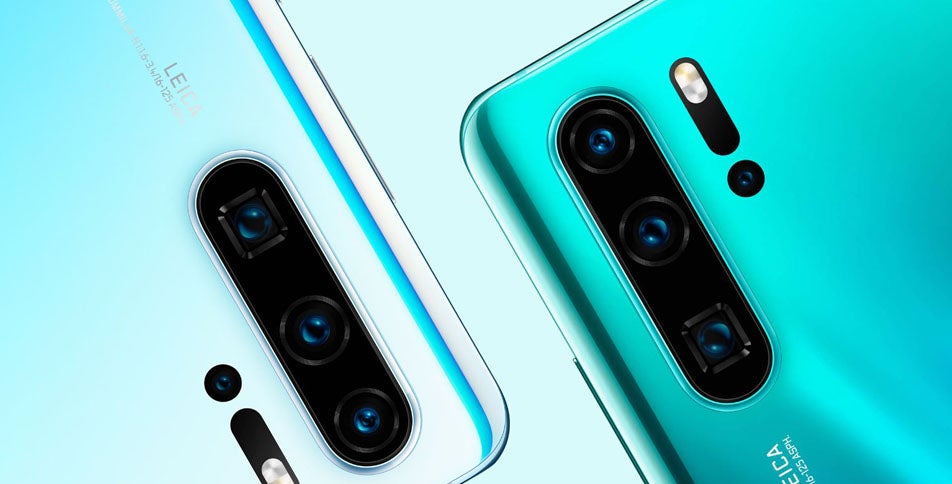 Note: The Huawei P30 and P30 Pro are no longer available from telcos in Australia. If you’d like this phone, you’ll need to purchase it elsewhere.

Of course, you’ll also be able to buy each phone on-contract from major Aussie telcos. The P30 Pro will be available from Telstra, Optus, and Vodafone, with Optus and Vodafone both also carrying the regular P30. Optus is the only telco to stock the dual-SIM versions of both devices.

The following table shows a selection of Telstra, Optus and Vodafone 256GB Huawei P30 Pro plans from Canstar Blue’s database, listed in order of cost, from the lowest to highest and then by data allowance, largest to smallest. Use our comparison tool to see a wider range of plans from other providers. This is a selection of products including links to our referral partners.

Note: The Huawei P30 Pro is no longer available from Telstra.

Telstra stocks the Huawei P30 Pro on 12-month and 24-month payment plans. This price is separate to the plan cost, where you can choose from four plan options.

The below table shows plan prices for all of Telstra’s plans for the 256GB Huawei P30 Pro over a 24-month plan period from Canstar Blue’s database, listed in order of cost from lowest to highest. These are products with links to referral partners.

Note: The Huawei P30 and P30 Pro are no longer available from Vodafone.

Vodafone has its P30 and P30 Pro plans, with both devices available on payments terms of 12, 24, or 36 months.  The total cost of the device is the same no matter which option you pick, but your monthly payment will vary. A 36-month commitment reduces your monthly cost, while 12 months will increase the price significantly — but either way, you’ll pay the same price overall.

You’ll need to determine which repayment term is right for you, then select an accompanying Vodafone Red Plan; as plans are separate from your phone payment, you’re free to change this at any time without affecting your device payments.

The below table shows a selection of Vodafone’s plans for the 256GB Huawei P30 Pro over 24 months from Canstar Blue’s database, listed in order of cost from lowest to highest. See below the table for how much you’ll pay for your devices over 12, 24 and 36 months along with prices for the P30 device. These are products from a referral partner.

The above costs don’t include your monthly Vodafone Red Plus plan fees. Your total monthly cost will depend on not only which phone size you choose and the plan, but also the length of the phone payment contract.

Note: The Huawei P30 and P30 Pro are no longer available from Optus.

Optus has both the P30 and P30 Pro, both of which are available in dual SIM format. Each phone is available on 12, 24 or 36-month payment plans bundled with a postpaid plan.

Below are the plans currently available from Optus to pair with your Huawei P30 or P30 Pro. The below table shows 24-month plan prices for the 256GB Huawei P30 Pro, and includes both your device payments and monthly plan fee; for P30 prices, scroll below the table.

The above costs don’t include your plan fees. You can select between one of four postpaid phone plans, or even choose to build your own postpaid plan to bundle with your device. Your monthly cost is determined by your device payment period and phone plan of choice.