Flip phones are back, and if Samsung’s Galaxy Z Flip 5G is any indication, they have a big bright future ahead, writes Krishan Sharma.

The Z Flip packs a 6.7-inch foldable display that collapses vertically into an incredibly compact clamshell form factor on demand, giving you much more room in your pocket or bag. In other words, it gives you all the performance and screen of a top tier flagship smartphone without any of the portability compromises.

I spent two months with the newer 5G variant of the Galaxy Z Flip and found it to be a bold and refreshing take on the future of smartphones and, in many ways, more durable and practical to use than a traditional smartphone. 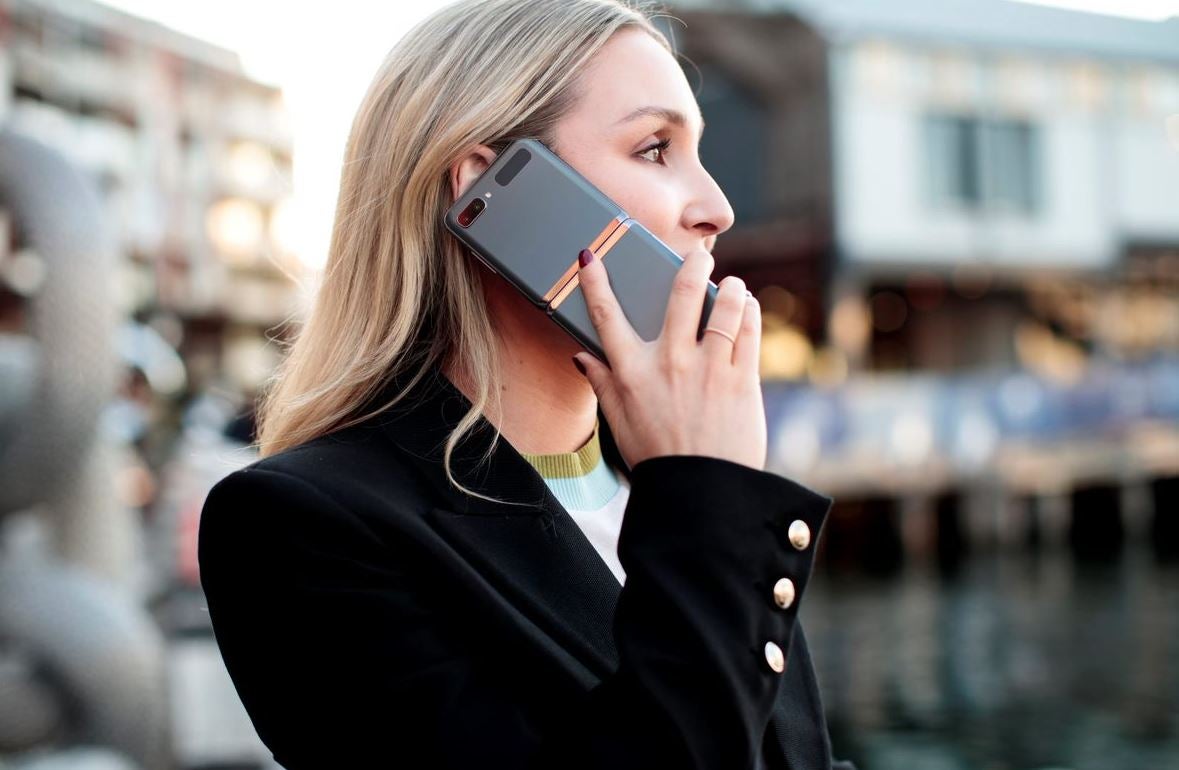 The Galaxy Z Flip is an elegant throwback to the flip phones of yesteryear while also feeling decidedly cutting edge with a screen that can fold in half as well as a hinge that allows it to be propped up at different angles. It certainly received its fair share of enquiries from onlookers whenever I took the phone out in a public space.

The Z Flip 5G can literally be flipped open one handed and closed shut with a satisfying ‘click’ to further drive home the nostalgia though annoyingly these actions won’t automatically answer or end a call.

The 5G model boasts a matte finish and is a notable improvement over the original’s glossy finish which had a tendency to slide off most surfaces.

The Galaxy Z Flip 5G has a 6.7-inch FullHD+ screen with a unique 21:9 aspect ratio making it taller and narrower than a regular smartphone and, as such, feels easier to operate one handed. The screen looks great and supports HDR, but it isn’t as bright or as fast as the displays found on the current crop of non-folding flagships. 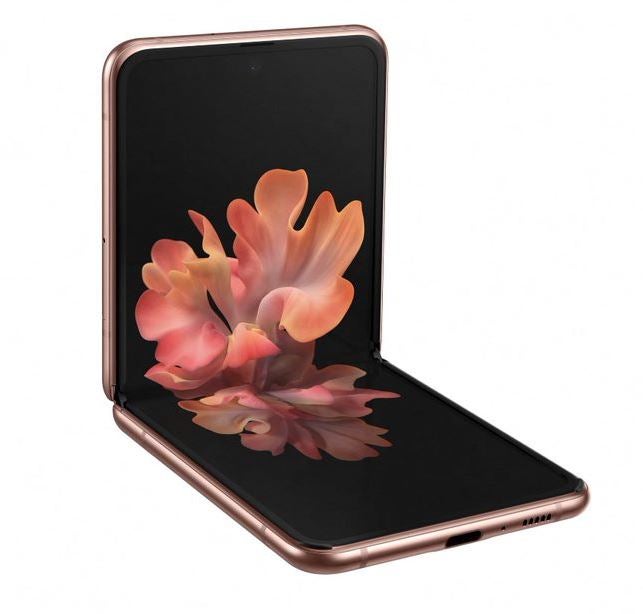 There is a faint crease across the middle of the display where the hinge is located, but just like camera notches on smartphone displays, you forget it’s there once you start actually using the phone. After two months of constant daily use, both the hinge and screen look and work just as great today as they did fresh out of the box.

The display is made of the same multiple layers of plastic and ultra thin glass as Samsung’s other foldable, the Galaxy Z Fold 2, which is softer than the hard scratch-resistant glass on standard phones. You can scratch the display if you dig your fingernail into the screen hard enough and it picks up smudges and reflections much more readily.

That said, the display feels smooth to the touch and because it’s protected when closed, it’s less likely to break when dropped than a regular smartphone. I accidentally dropped the phone on a couple of occasions on different hard surfaces including a tiled floor as well as on concrete and outside of a few nicks on the exterior shell, the display remained in pristine condition.

There’s a tiny 1.1-inch display on the outside of the Z Flip so you can view things like battery life, date and time at a glance and have access to music controls so you don’t need to open the phone to skip tracks. You can even tap on a notification on the cover display and then open the phone up to see the app in full. The problem is that the cover display is simply too small to display notifications in any meaningful way and it isn’t particularly responsive which makes interacting with it more frustrating than it needs to be.

The cover display is one area where the Z Flip feels lacking when compared to its chief competition, the Motorola Razr, which has a larger and more versatile outer display. 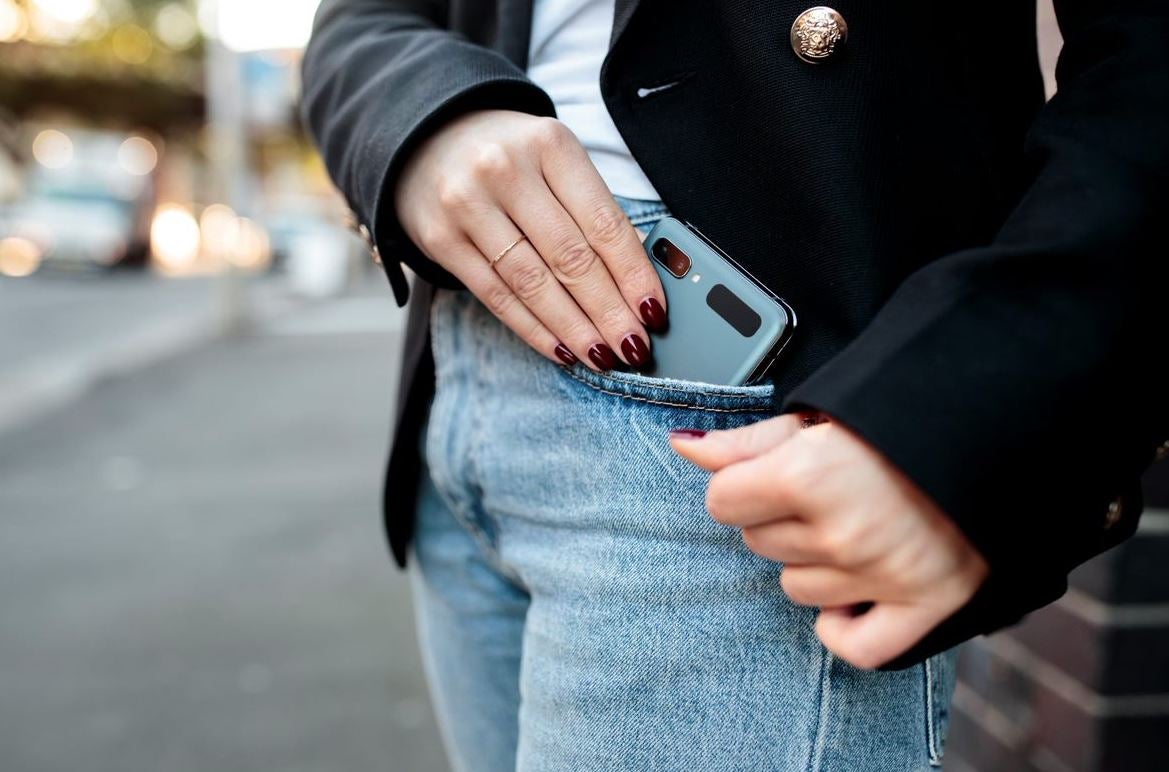 Flex mode: Tripod or stand on the go

Like the Galaxy Z Fold 2 before it, the Flip can be held open at almost any angle in what Samsung calls ‘flex mode’, enabling the bottom half of the phone to become a stand or tripod when half folded. Watching videos or taking a video call was more convenient with the Z Flip than on a traditional smartphone as I could just rest the phone on any flat surface and angle the front facing camera or screen to my liking.

Some apps will know it’s in this mode and adapt the display accordingly, such as, when using the camera app, the viewfinder preview will be shown on the top half while the camera controls will be pushed to the bottom half of the screen. However, only a handful of apps support this split mode so it wasn’t particularly useful outside of YouTube, Gallery and Google Duo.

Another added bonus is that I could easily bend the phone to the contour of my face when on a phone call, which after years of having a flat slab of glass pushed against your face, felt refreshingly comfortable.

The Galaxy Z Flip packs a 3,300mAh battery in the phone’s two halves and while it isn’t an endurance champ by any means, I found it good enough to get me through the day of fairly consistent use (around 5 hours of screen on time). Samsung has also managed to squeeze in wireless charging which can be found on the lower half of the phone. It won’t charge anywhere near as fast as the wireless charging found on traditional flagship smartphones, but considering the Motorola Razr lacks this feature entirely, it’s nice to have. 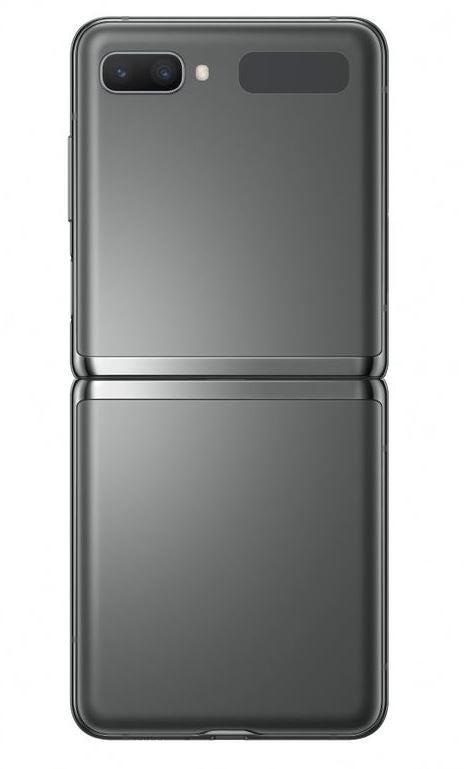 Camera: A generation behind

The Z Flip 5G uses the same dual cameras found on the two year old budget focused Galaxy S10e which is disappointing for a phone that costs flagship tier prices. It lacks the S10’s dual aperture, causing low light to suffer as a result and it has a tendency to crank the exposure beyond what you expect. It’s good enough for casual shooting and Instagram, but it is a noticeable step down from the current crop of flagship smartphones.

One side benefit is that the Z Flip’s unique ability to use it as a base or tripod does make it easier to snag decent looking night mode photos.

The Galaxy Z Flip 5G is proof that a clamshell form factor can bring to the table more than just nostalgia by delivering a 6.7-inch screen that can fold on demand to half the size of a regular smartphone. Outside of being more compact, it was the first phone I felt confident in using without a case which is a big plus. The 5G model is also a bit more future proof over older 4G variant thanks to the snappier Snapdragon 865+ chip powering the phone.

It just feels like Samsung is one model away from truly nailing it. The tiny outer display and lacklustre camera are definite missteps that are sure to be rectified in an inevitable sequel at some point later this year.

That said, if you value a phone that gives you more room in your pocket as well as a choice of ergonomics depending on your use case, or if you just miss the satisfaction that flip phones gave you back in the day, the Galaxy Z Flip 5G is well worth considering.