Australia’s three biggest telcos are engaged in an ongoing war of words, sparked by TPG Telecom and Telstra’s proposed network-sharing deal currently before the Australian Competition and Consumer Commission (ACCC).

It’s no secret that competitor Optus has been staunchly opposed to the deal, with the telco making several pointed public objections since the arrangement was first proposed in February of this year. Now TPG Telecom and Telstra have hit back, lodging their own joint ACCC response to refute the claims made by Optus and other providers including ATN and Commpete.

TPG Telecom – which includes TPG and Vodafone, and smaller brands iiNet, Internode, Westnet, Lebara, Felix and AAPT – has released a new statement accusing Optus of ‘scaremongering’ ahead of the deal’s finalisation, which TPG says has overwhelming support from interested parties. TPG has also reiterated the benefit that the network-sharing agreement will offer regional Australians, who will have access to expanded and faster coverage on mobile plans from Telstra and TPG brands.

Back in February, TPG Telecom and Telstra announced plans to ink a ten-year Multi-Operator Core Network (MOCN) partnership. This would give TPG Telecom access to 3,700 of Telstra’s mobile network assets, and allow Telstra to build on 169 TPG Telecom sites and access TPG’s 4G and 5G spectrum.

The deal would offer obvious value to shareholders, but would also give customers in regional areas additional coverage on TPG/Vodafone network plans. Telstra customers would also have access to faster network speeds in rural locations.

The ACCC welcomed feedback on the proposal, and Optus lodged its submission opposing the deal in June. Optus argued that the partnership would cause higher mobile plan prices, less regional investment, and less competition and choice for customers in regional areas. The telco also suggested that the network agreement would lead to a communications monopoly in regional Australia, and further enhance the ‘digital divide’ between rural and metropolitan communities.

In July, Optus’ VP of Regulatory and Public Affairs, Andrew Sheridan, said that the MOCN partnership would solely benefit Telstra by giving the company even more power and limiting TPG’s options to differentiate itself by network or service.

“TPG will no longer have the flexibility that operating its own infrastructure provides in regional Australia and will be dependent on Telstra’s network, with Telstra dictating the nature of its service through a network sharing arrangement providing Telstra with the control,” Mr. Sheridan said.

“In our submission to the ACCC, Optus have suggested that the arrangement should be seen for what it is – a regional network merger between Telstra and TPG. Two carriers are in effect becoming one. And as Optus tries to battle our industry’s Goliath, we face a foe who is given even more advantages.”

Telecommunications industry alliance Commpete also had some harsh words for TPG and Telstra, with Commpete Chair Michelle Lim concerned that the deal will leave TPG with less bargaining power.

“This proposal further embeds Telstra’s dominance and control of both retail and wholesale markets nationwide. It’s another lever which leads to further concentrated control for Telstra of the national mobile market without having the regulatory guardrails to guarantee value, flexibility and choice to all Australians.”

Related: Telstra vs Optus vs Vodafone: Which mobile network has the best coverage in Australia?

TPG Telecom: Optus is ‘creating controversy where none exists’

TPG Telecom has now shot down the suggestion that the network agreement will be a merger, with the company’s General Manager of External Affairs, James Rickards, saying that Optus has intentionally twisted the narrative.

“Contrary to the assertions of Optus, this is not a merger,” Mr. Rickards said.

“To suggest otherwise is an attempt to mislead the public, industry and key stakeholders in the hope of  creating controversy where none exists. This is an infrastructure sharing agreement in the interests of all Australians.”

Mr. Rickards was also critical of Optus’ use of recent natural disasters, such as floods and bushfires, as part of its social media campaign criticising the sharing deal.

“It is a disappointment to our industry Optus chose to use emotionally manipulative images of  kangaroos seeking to escape a bushfire, in an increasingly desperate attempt to stop a competition enhancing arrangement. Such posts have been recognised by the Australian public for exactly what they are: misguided and inappropriate.”

Will the deal benefit Australians?

TPG Telecom is insistent that the deal will benefit all of Telstra and TPG’s respective customers, plus those with TPG/Vodafone Mobile Virtual Network Operators (MVNOs), thanks to the pooling of spectrum and network resources. The telco also refuted claims that the arrangement will stifle competition, arguing that strengthened MVNO coverage will lead to more choice for regional customers, and emphasised the importance of expanded network access in rural areas.

“With the increased regional coverage available under the arrangement, TPG’s more than five million mobile customers on its Vodafone, TPG, iiNet, Lebara, Kogan and Felix mobile brands will be able to make calls and use their phones in remote areas where they have no connectivity today. It will be a lifeline for those customers when they travel around Australia,” Mr. Rickards said.

Telstra and TPG’s joint ACCC response also cited the support of several stakeholders, including National Australia Bank, Charles Sturt University, the Canberra Chamber of Commerce, and the Coonamble Shire Council – all of whom back the proposed network-sharing agreement. With the main opposition to the deal being from companies with a commercial interest in keeping TPG and Telstra’s network separate, Mr. Rickards believes that partnership will be ‘game-changing’ for Australians.

“The best evidence the network sharing arrangement is pro-competitive is the concern from Optus and its franchisees [that] they will lose customers to TPG. If approved, TPG will finally be in a position to compete for Optus and Telstra customers and intends to take market share in all regions.” 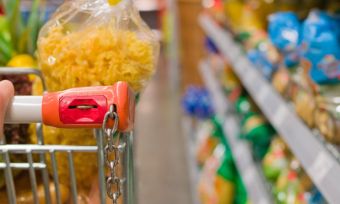 Telco Circles.Life to pay over $300K for scam rule breaches