The Big Bash is here for another season, with the Sydney Sixers looking to defend their title. With the possibility of a DRS-type system also potentially coming into play, BBL 11 looks to hit more than just sixes this season. But where can you catch all the action of the Big Bash if you can’t make it to the ground? Learn where to stream matches online below.

How to watch the Big Bash League 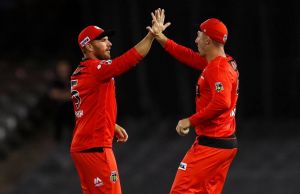 Channel 7 has the free-to-air broadcast rights to the 2021-22 Big Bash League, but if you can’t make it to the TV in time, you have a couple of online streaming options, namely Kayo and Foxtel. These streaming sites will show every single match from the BBL season, including some you won’t get on Channel 7.

Arguably the go-to streaming site for many sports fanatics, Kayo offers plenty of coverage for those a fan of cricket. And for those who enjoy the shortest form of the game, you’re in luck, with Kayo broadcasting every match of the 2021-22 BBL season live and in HD, along with no ad-breaks, meaning you won’t miss a minute of the action.

With a dedicated cricket channel (501 Fox Cricket), Foxtel has long been a fan’s favourite when the summer of sport rolls around, offering insights, analysis, highlights and coverage of all forms of cricket. For BBL 11, Foxtel has coverage of every game, including exclusive matches not available on free-to-air.

With Channel 7 securing the rights to the cricket in the free-to-air market, multiple matches will be available throughout the season, including coverage of some of the finals fixtures. However, you won’t be able to watch the BBL season on 7Plus, meaning those looking to stick to free-to-air will only be able to catch the game live.

The BBL season is also available on the radio, although which channel provides coverage will differ from state to state, meaning it’s best to check with your local provider or check the official Cricket Australia website for more details.

Will BBL11 have DRS?

After a season marred by umpiring howlers, many have called upon the BBL to implement a DRS system to ensure that wickets are correctly given, and that the game keeps up with the international forms. However, at the time of writing, there’s been no official word that the league will use DRS, although many fans are hoping that the system is put in place before the first ball is thrown down the pitch.

If there’s a match in particular that you’ve got your eye on, here is a schedule of the regular Big Bash season:

How to watch the BBL Final

The final of BBL11 will be showcased on Kayo, Foxtel and Channel 7, with the match expected to kick off on Friday, January 28, 2022, at 7:30pm (AEST), although it’s best to check local guides so you don’t miss any of the action. The match will see the Scorchers taking on the Sixers at the MCG after a somewhat controversial decision in the Challenger match, in which we’ll no doubt see plenty cheering to see the Scorchers take home the silverware.