Not only is water a resource we often take for granted, it’s a household utility bill we begrudgingly have to pay every few months, while costs only ever seem to go in one direction. This leads to questioning the amount on your water bills, as well as being curious about what your neighbour pays. That’s why we have compiled a guide on average water bills across the country. We show average water bills in each state, and by age group, household size and income, plus list a few things you should keep an eye out for.

Average water bills across the states

The following table shows average quarterly water bills across Australia, based on a Canstar Blue survey of more than 2,300 households. The costs reported include households of all sizes.

As outlined above, households in QLD have the highest water bills, followed by VIC and SA. Households in WA report the lowest quarterly bills, with NSW not far behind. Keep reading for a detailed analysis of average water bills across each state and territory.

Although you can’t choose the company that bills you for water, you can choose your energy provider, depending on where you live. Use our comparison tool below to compare a range of deals in your area.

The table below displays average water bills in Australia per quarter by household size.

You’ll notice that larger households pay more for water, with a difference of about $100 between the smallest and largest properties. It’s pretty simple, the more people in your home, the bigger your water bills are likely to be.

In our analysis, we uncover the average water bills across each age group, which might be startling for the younger Australians out there. On a national level, here are the average quarterly water bills by age group.

These figures highlight that water bills tend to drop for the most part as you get older. This could be explained by any water concessions or rebates that senior Australians receive, or it could be down to the water usage habits of each age group. For instance, those in a younger age bracket may live in a share house with multiple occupants, or have a large family with higher consumption needs than those who are older.

In our survey, two thirds (66%) of households said they receive quarterly water bills. Monthly billing recorded the next highest frequency at 17% across Australia. Keep in mind that most bill-payers should expect an invoice every quarter, but they can discuss their billing options with their water provider directly. 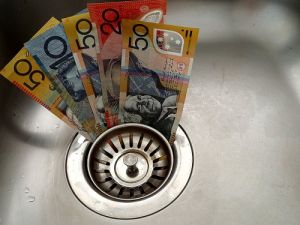 No matter what type of household you’re in, somebody is footing the water bill, and whether you’re a tenant, landlord or owner-occupier, no two bills are ever the same. While comparing your water bill to the average may give you a little peace of mind, there are a few factors that can add pressure to your water costs. These include:

Chances are you’re not overly happy with the price you’re paying for water. There is a silver lining though – by being mindful of a few things, you can easily start to see your overall water costs trickle downhill. You should start by identifying where the greatest water consumption is coming from and take some practical measures to reduce it. This could mean taking shorter showers, only using the dishwasher or washing machine when you really need to, or simply turning the tap off when you brush your teeth! From here, you’ll be able to better recognise ways to save and hopefully, be better than average. 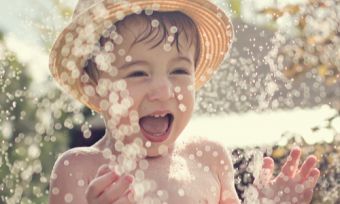