Move over OPPO, Huawei, and even HTC –  there’s a new Asian mobile manufacturer ready to take on the Aussie tech market, with a low-priced flagship phone now on offer in stores.

Realme’s flagship Realme 6 device is now available to buy from Australian retailers, after officially launching late last week. Priced at just $469 outright, the Realme 6 is an affordable mid-range phone with a hot design, powerful battery, and a rear camera setup that may just attract buyers away from the newly-launched iPhone SE.

The Realme 6 offers a 6.5-inch LCD display with a holepunch front camera at the top left. You’ll find a ‘hidden’ fingerprint sensor on the side power button – as opposed to the in-screen sensors popular on premium smartphones – and the overall design is sleek and glossy.

Under the hood the Realme 6 features a Mediatek Helip G90T processor, which the company has positioned as being ideal for gaming when combined with the display’s 90Hz refresh rate. Battery-wise, you’ll get a hefty 4,300mAh, with super fast VOOC 30W flash charge capability.

Essentially, it’s a lot of camera for your money, and Realme claims the rear lineup delivers crisp and detailed shots across low light and night modes, as well as a huge field of view with the ultra wide-angle lens.

The Realme 6 will be offered with 8GB of RAM and 128GB of internal storage, as well as dual SIM support with microSD expansion up to 256GB. The device is available in Comet Blue and Comet White colours. 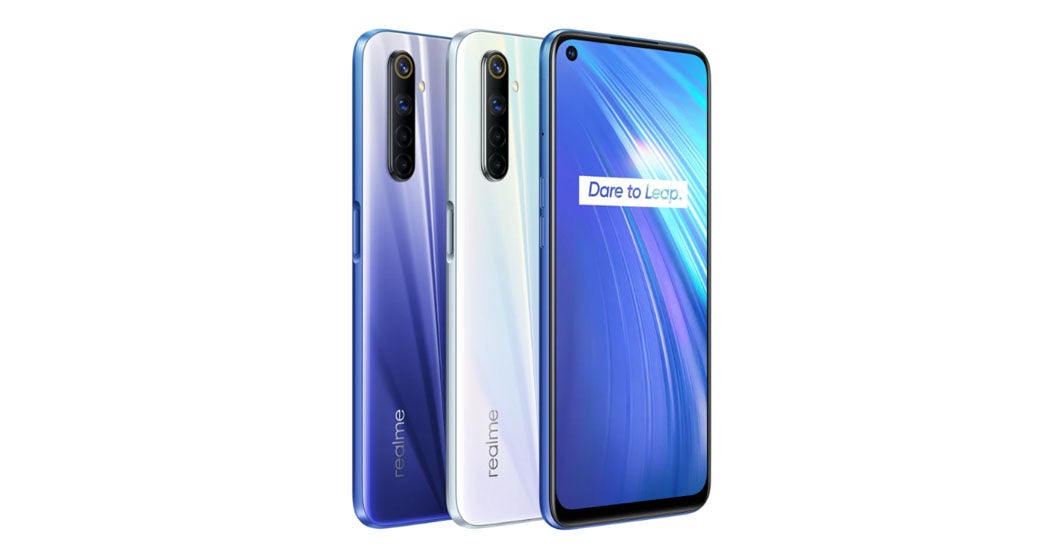 Established in 2018, Realme has since launched in 27 markets, and has broken sales records in Southeast Asia. Alongside the new Realme 6, the brand also offers several other phones under $500, including the $199 Realme C2.

If you’re interested in giving Realme a try, you can now buy the flagship 6 directly from their online store. The Realme 6 will also be available from selected retailers, including JB Hi-Fi, Bing Lee, Amazon, eBay, mobileciti, and Catch.com.

Currently, Realme is offering a bonus Realme smart band with all purchases of the Realme 6. Valued at $99, the Realme band offer is available through to 6 June, 2020, or while stock lasts.

Unfortunately, you can’t yet pick up any Realme devices on plans from Australian mobile providers. This means that if you prefer to break up your phone payments over 12, 24, or 36 months, you may be out of luck, although Zip Pay is available if you’re purchasing directly through Realme.

To use the Realme 6 in Australia, you’ll need to pair the unlocked device with a SIM-only plan. We’ve rounded up a few picks for postpaid BYO phone plans in the below table.

Here is a selection of postpaid plans from Canstar Blue’s database with a minimum of 10GB of data, listed in order of standard cost, lowest to highest, then by data allowance, largest to smallest. Use our comparison tool to see a range of plans from other providers. This table includes products with links to referral partners.