Despite the fanfare that comes with every iPhone or Galaxy S release, premium-priced devices aren’t for everyone. It looks like the mid-range smartphone market is where more phone manufacturers are starting to take notice, with Samsung’s recent launch of the Galaxy A Series.

This is great news for anyone looking to save money on a new smartphone. While this announcement hasn’t generated as much hype as the Galaxy S10 series, it’s still good news, especially for fans of Samsung who couldn’t quite bring themselves to fork out for any of the high-priced S10 devices. This launch comes after Google announced new mid-range devices in the Pixel 3 series, further proof that the big names are paying more attention to creating quality mid-range smartphones at more affordable prices. 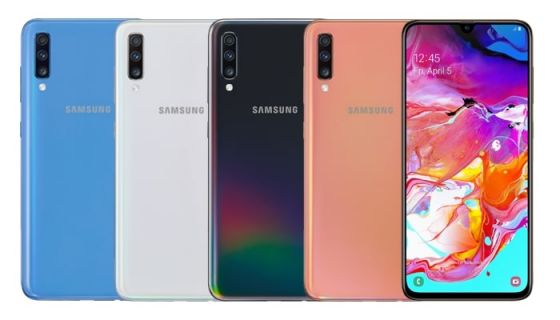 The release of the Galaxy A series isn’t as big as what we saw with the Galaxy S10 series, so finding these devices in store and on a plan is currently harder than with more popular smartphone models.

At the top-end of this series, is the A70, which retails at $649 — around $1,000 less than some of the premium S10 devices. As for the specs, you can expect a 6.7-inch Infinity-U, Full HD+, Super AMOLED display, 32MP front and rear cameras, plus a 5MP depth and 8MP ultra-wide additional rear cameras. It also features 25W fast-charging and an Optical In-Display Fingerprint Reader, all with Android 9.0 installed. It’s available in both black and white, with Woolworths Mobile stocking both colours and Telstra and Vodafone only stocking the black version.

The next step down, the A50, is available now through Optus and Southern Phone, retailing for $499 and available in black. When it comes to display, the A50 features a 6.4-inch Full HD+, Super AMOLED screen with Infinity-U notch, while the camera is 25MP in front and rear, with an additional rear 5MP depth and 8MP -ultra-wide cameras — not bad for the price point. It also comes with 15W fast-charging and Optical In-display Fingerprint Reader, with Android 9.0 pre-installed.

Another step down and the A30 retails for $379 and is currently available from a range of retailers, and from both Southern Phone and TeleChoice. It comes with a  6.4-inch Infinity-U, Full HD+, Super AMOLED display, 16MP front and rear camera, plus a 5MP ultra-wide additional rear camera. It also comes with 15W fast-charging, fingerprint reader and installed with Android 9.0. This device comes in a choice of black or white.

The cheapest of the A series, the A20, still provides good value at a retail price of $279. While it does have some similar specs to the A30, the most noticeable differences are in the display, which is a 6.4-inch Infinity-V HD+ Super AMOLED screen, and in its cameras. The front camera is 8MP, while the rear camera is 13MP with a 5MP ultra-wide additional rear camera. This device is available from retailers as well as from Woolworths Mobile, Southern Phone and TeleChoice, and is only available in blue.

Should I buy a Samsung Galaxy A Series phone?

We’re really spoilt for choice when it comes to high-quality smartphones on the market. While it can be tempting to choose one of the high-end devices from Apple, Samsung, Google or Huawei, these devices can really add up – even if you opt for a phone plan bundled with a new device, spreading the payments over a couple of years. Luckily, many of these manufacturers are paying attention to the middle market, so you can pick up good-quality devices for under $700.

These devices are especially good if you’re not too fussed about having the best technology that money can buy, especially for lighter phone users, such as seniors, who still want a quality smartphone with good technology. If you’re looking at a new smartphone for your child, especially younger kids, the A20 and A30 could be a good option that still gives them a quality handset from one of the most popular manufacturers, but without the huge price tag.

If you’d like better tech, cameras and more internal storage, the A50 and A70 are quality devices at their respective price points. Both of these devices include three rear cameras, so you’ll still be able to create great photos. However if you’re really serious about your phone’s camera tech, the Galaxy S10 series does have some of the best cameras on a smartphone, so you might want to do a comparison to see what you can afford.

All in all, the Galaxy A series is a well-timed announcement for Samsung after the reported issues and delays with the gimmicky Galaxy Fold. With the likes of Huawei and OPPO disrupting the market with quality mid-range devices, and the recently launched Google Pixel 3a, this is certainly a decent and diverse range of smartphones from Samsung, and a great option if you love what Samsung has to offer but can’t afford the hefty price tag of the S10 series. 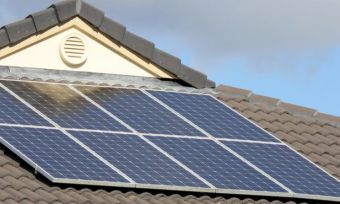