No matter the code, league, or event, its broadcast rights have undoubtedly changed hands in the past 10 years. Businesses are seeing the benefit of investing in sport streaming platforms, however it can be a nightmare for consumers to navigate the vast sea of providers and websites to choose from. Arguably the most tumultuous broadcasting shake-ups have stemmed from Optus Sport and Stan Sport, with both providers snaring lucrative deals for the rights to some of the worlds’ largest leagues. But when it comes to these two titans of sport, which one comes out on top? Compare Optus Sport and Stan Sport in this Canstar Blue article.

Which sports can I find on Optus Sport?

Optus Sport has the English Premier League as its major drawcard, after taking ownership of the broadcast rights from Fox Sports. This gained some fierce opposition from football fans, but Optus Sport has worked its way into being a solid broadcaster of the world’s game. Other leagues included on Optus Sport included:

Optus Sport is available through Android and iOS apps, however other methods for watching include:

Which sports can I find on Stan Sport?

Stan Sport was brought out recently as an add-on to Stan. At its inception it only featured rugby, however it has snowballed into a broadcaster of a variety of sports. The sports included on Stan Sport:

How can I get Stan Sport?

Stan Sport can only be bought on top of a base Stan subscription, meaning the cheapest way to get Stan Sport costs $20 per month. However, you can still purchase a more expensive Stan plan and get the Stan Sport add-on, depending on what else you want to stream.

Like Optus Sport, Stan Sport can be accessed through Android and iOS apps, as well as Playstation 5, Xbox Series X, Google Chromecast, Telstra TV, and Fetch. Smart TV apps that are compatible with Stan Sport include:

If you’re on the fence about whether Optus Sport or Stan Sport scores more points, compare the two services in the table below.

Should I get Optus Sport or Stan Sport?

Ultimately, Optus Sport and Stan Sport serve different purposes depending on which sports you’re looking to watch. Rugby and tennis fans should look to Stan Sport for their sporting coverage, while fans of the English Premier League and international football may find Optus Sport slots one through the goal posts. However, just like the games on the pitch, the sports streaming market is a competitive one, with each platform looking to get the upper hand on their rivals, with some codes, leagues and competitions seemingly switching platforms every season, so if you have a favourite sport or team, it’s best to keep an eye on which provider offers coverage in Australia so you don’t miss out on the action. And if you’re really looking for some sporting coverage, be sure to check out our guide on Kayo and what it offers sports fans. 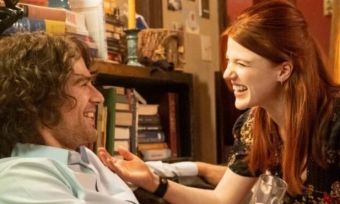