For many Australian businesses, power is one of the biggest and most expensive overheads. As such, it’s important that business owners understand what their electricity usage looks like in order to find the best electricity deal for them. In this article, Canstar Blue shares the average energy usage and costs for Aussie businesses, as well as some tips and tricks to help business owners reduce their energy bills.

How much electricity does a business use?

While it is difficult to determine an exact amount, on average, a small business will use between 13,000 and 36,000 kilowatt hours (kWh) of electricity per year in Australia, depending on its location, distribution network and the type of tariff it is on. It’s important to note though that electricity usage will fluctuate from business to business depending on a number of factors such as size, hours of operations, energy efficiency and overall power usage needs.

What uses the most electricity in a business?

Depending on the type of business you run, there will be different tools and equipment that used more energy than others. But for a typical office space, you can expect that these items will contribute the most to business energy usage: 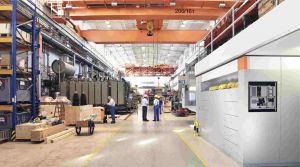 Which industry uses the most electricity?

In Australia, the manufacturing industry typically consumes the most electricity, using around 52,461 giga-watt hours (GWh), according to the Australian Bureau of Statistics (ABS). The mining industry is the second highest energy consumer, using 23,424 GWh, followed by the Electricity, Gas and Water sector with 6,543 GWh. The construction industry is claimed to use the least amount of electricity in Australia, only totalling to 2,138 GWh a year.

What is the average commercial electricity consumption?

While it’s hard to pinpoint an average electricity consumption for commercial enterprises, the ABS recorded that the total yearly electricity usage from Australian businesses equates to around 154,439 GWh. This energy usage is believed to ring in approximately $20.02 billion a year.

What is the average office electricity bill?

Recent Canstar Blue data revealed that the average quarterly electricity bill for an Australian business is about $1,140. Businesses in the Northern Territory face the highest bills, almost hitting $2,000 a quarter, while businesses in the ACT can get by for less than $600 a quarter.

Does energy consumption increase in winter for businesses?

Does Energy consumption increase in summer for businesses?

Looking to make dollars and cents of your personal or small business finances? MYOB’s accounting software includes options for invoicing, payroll, expenses and more. For more information on the featured plans below, click the button below to be referred to MYOB’s site.

How to reduce energy usage in the business

With nearly 40 per cent of businesses reporting that they try to reduce their electricity usage where possible, it’s clear that this is one area where owners are keen to get some knowledge.

So how can businesses reduce their energy usage? 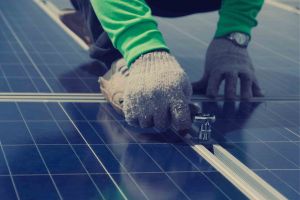 Despite the large upfront costs of installing solar, it’s been found that solar energy can actually assist businesses in reducing their energy bills. According to the Australian Competition and Consumer Commission (ACCC), small businesses with rooftop solar paid 31 per cent less for their energy costs than those on the grid in 2020, despite using more energy than non-solar businesses. This was attributed to the fact that these businesses are able to earn solar feed-in tariff payments on their exported power.

How to find a good electricity deal for your business

So, how can Aussie businesses ensure they are on a good electricity deal? 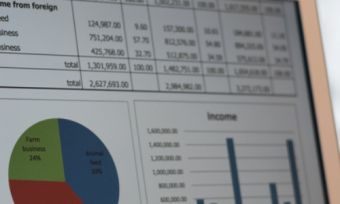 Excel vs. accounting software: which is better?