The battle of the buttering technique has finally been settled − nearly two in five Aussies (38%) say buttering the outside of the toast is best, according to new research.

In comparison, almost one in three (28%) people prefer to butter both sides of a toast, and only 23% butter the inside only.

“This has been a longstanding debate but most Aussies are very firm about butter on the outside being the best way to make the perfect golden toastie,” she said.

“However, not everyone is convinced that butter is a key ingredient to make a good toastie, with a small portion of Aussies opting to not butter their toast at all (12%).”

Canstar Blue’s latest survey* on the toastie preferences of more than 700 Australians also revealed some interesting facts about how Aussies like their sambo, including their favourite fillings and which way to cut the bread. 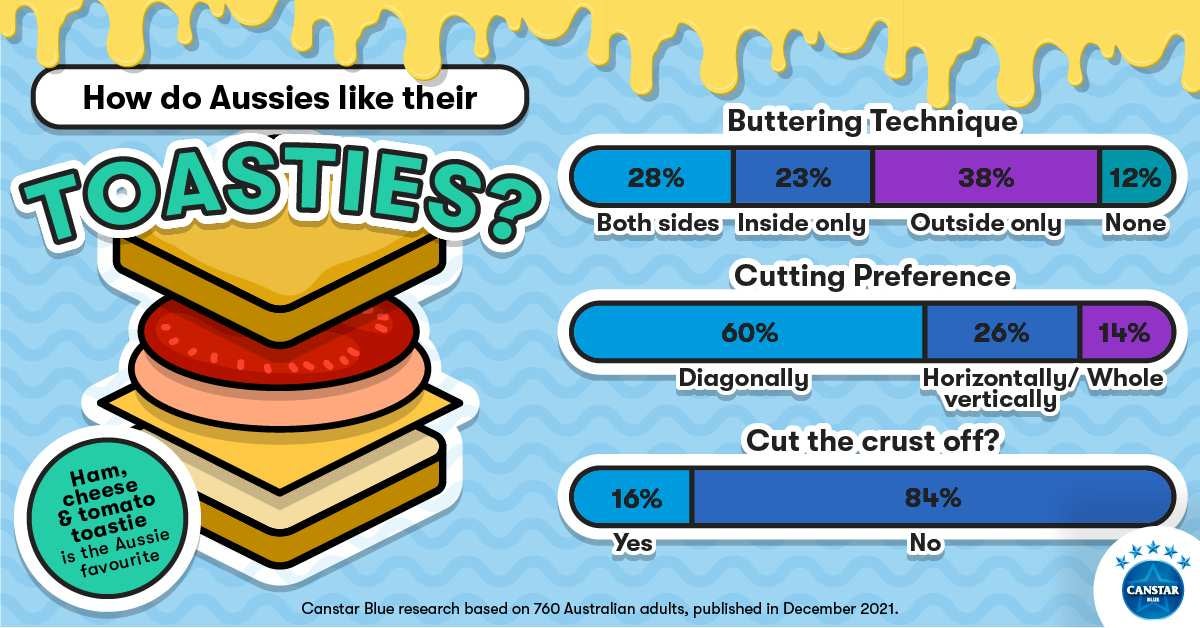 The ham, cheese, and tomato combo came out on top as Australia’s favourite toastie, with nearly one in three people choosing the classic as their go-to (29%), closely followed by the humble ham and cheese (28%), and the plain and simple cheese toastie (14%). Only 3% of Aussies surveyed gave Vegemite and cheese their tick of approval, on par with baked beans on toast and Nutella.

Here are the best fillings for a toasted sandwich, according to Australians surveyed:

Aussies also gave their hot take on the best way to slice a toasted sandwich, with the majority (60%) preferring to cut toast diagonally into triangles rather horizontally or vertically into squares (26%). Alternatively, a handful of those surveyed don’t cut their toastie (14%).

When it came to the crust or no crust question, the answer was clear − a whopping four out of five people (84%) leave the crust on while 16% prefer to cut the crust off.

Canstar Blue’s latest consumer review also revealed which brand Aussies rated best for grills and sandwich presses, with Breville coming out on top for overall customer satisfaction. Check out the rest of the ratings via the link below.

*Survey based on consumers who’ve recently purchased and used a new grill – in this case, 700 people. 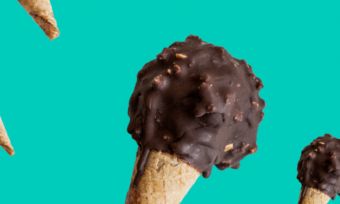