Optus and Telstra are two of the heavyweights of Australian internet, dominating the telco industry and enjoying a nationwide reputation for mobile, internet and home phone services. As far as NBN goes, these two providers both offer some great packages, including phones and entertainment bundles, but there’s a lot to compare between them to make sure you’re getting the right deal.

Today, we’ll be going through Optus and Telstra NBN plans by speed tier, and comparing the pros and cons of each provider to help you find the best deal.

Optus and Telstra broadband: In summary

You’ll find that Optus is the cheapest provider for every plan it offers against a Telstra alternative, although it records a slower typical evening speed across all plans. That being said, the difference in service isn’t too massive between these providers, and as an example, $75 per month with Optus will get you an unlimited NBN 50 plan – with Telstra, $75 as their cheapest plan gets you 500GB of data on the slower NBN 25 speed tier.

Optus and Telstra NBN at a glance

Optus and Telstra are known for their massive mobile market share, and each offer their own 4G and 5G networks. If you’re looking for fixed-line broadband, Telstra and Optus also serve up some great NBN plans across the NBN 25, NBN 50 and NBN 100 speed tiers.

Both providers have big names to live up to and throw in plenty of features to stand out from cheaper, no-frills NBN resellers. Telstra offers the option of bundled-in Telstra TV on all NBN plans. Similarly, Optus offers several plans with bundled-in Fetch entertainment packages, though these are optional. These add-on multimedia boxes offer a range of built-in digital entertainment from streaming services, and it’s definitely worth looking into if you’re big on your TV, movies or music.

At the time of writing, all Telstra NBN plans come with a free three months of standard BINGE access or new and returning customers. Telstra also offers customers the option to bundle in specialised Foxtel packages on any NBN plan, including Movies and Sports channels, and you’re also able to add Kayo Sports streaming. If you’re a gamer, Telstra’s Xbox All Access packages feature an included Xbox console, as well as unlimited data.

Optus also offers Optus Sport at no extra charge on all NBN plans, where you can stream classic matches and live sport, with a focus on national and international football.

Unlike Optus, Telstra offers Standard Speed NBN 25 plans as an entry-level NBN option. Telstra’s NBN 25 offers start at $75 a month and operate on a month-to-month contract, with the option of a bundled Telstra TV for an extra $9 a month.

The biggest thing to note about Telstra’s NBN 25 plans is that they are capped at 500GB of data per month. If you exceed that 500GB, you won’t be charged overage fees, but your usage will be slowed to 256Kbps until your billing cycle resets. Telstra’s NBN 25 plans offer a typical evening speed of 25Mbps, and both plans come with a bundled phone included.

Telstra’s deal includes a $216 modem included if you stay connected for 24 months, and for online purchases, Telstra’s $99 connection fee is currently waived.

The following table shows a selection of published Telstra NBN 25 plans on Canstar Blue’s database, listed in order of standard monthly cost, from the lowest to highest, and then by alphabetical order of provider. Use our comparison tool above to see plans from a range of other providers. This is a selection of products with links to a referral partner.

Here’s where the one-on-one comparisons really come out. As far as price goes, the cheapest Standard Plus NBN 50 plan between Optus and Telstra is an Optus plan – Internet Everyday – and goes for $75 per month. Optus list typical evening speeds of 50Mbps, while Telstra was the first to offer 50Mbps typical evening speed. If you stay connected to Optus for 36 months, you’ll pay no modem fees – otherwise, the modem costs $252.

Optus’ plans all come with bundled in as pay as you go (PAYG) plans. You have the option of spending $10 outright and getting a phone with unlimited standard calls across Australia.

The cheapest Telstra NBN 50 plan is the Unlimited NBN 50 plan at $90 monthly, including a $216 modem (with the price waived if you stay with Telstra for 24 months) and a $99 connection fee, currently waived if you connect online. Look out for other promo offers from Telstra, such as waiving the first month’s charges.

Between these providers the price difference isn’t too great, and ultimately it will come down to which one you prefer. You certainly save more if you go with Optus, although you can pick up Telstra TV with a Telstra plan for $99 monthly (compared to $85 for Optus with a Fetch Mini on the Family Internet Ultimate plan, or $90 for Optus NBN 50 with Fetch Mighty, on the Internet Entertainer plan).

The following table shows a selection of published unlimited Telstra and Optus NBN 50 plans on Canstar Blue’s database, listed in order of standard monthly cost, from the lowest to highest, and then by alphabetical order of provider. Use our comparison tool above to see plans from a range of other providers. This is a selection of products with links to referral partners.

These are the plans you should be looking into if you’re an internet enthusiast. Again, Optus provides the cheapest premium NBN pricing when compared to Telstra, with plans starting at $95 per month for NBN 100/20 speeds. Optus projects typical evening speeds of 100Mbps at this speed tier, and will again waive the cost of its $252 modem if you stay connected for 36 months. Again, the option is there to bundle with Fetch TV.

Telstra’s NBN 100 offerings start at $110 per month, coupled to a $10 per month discount for the first six months, and go up to $119 if you want to include a Telstra TV bundle, with a typical evening speed of up to 100Mbps. Again with Telstra, you can have the $216 modem fee waived if you stay connected for 24 months, along with the $99 connection fee waived if you connect online. You may also save on your first month’s fees by connecting online, depending on any promotional offers available at sign-up.

The following table shows a selection of published unlimited Telstra and Optus NBN 100 plans on Canstar Blue’s database, listed in order of standard monthly cost, from the lowest to highest, and then by alphabetical order of provider. Use our comparison tool above to see plans from a range of other providers. This is a selection of products with links to referral partners.

Should I get Fetch TV or Telstra TV?

With Fetch TV, you get access to Australian TV channels to watch and record, and you can easily access apps like Netflix, Amazon Prime Video, Hayu and Stan.

With Telstra TV, you can stream Netflix, Stan, Kayo and Foxtel Now, along with Australian TV through their associated apps. Keep in mind neither Fetch TV or Telstra TV will cover the cost of streaming app subscriptions – you’ll have to pay for these separately, or as an add-on to your broadband bill where available.

What NBN plan is right for me?

NBN 12, otherwise known as the Basic Evening Speed, is the slowest NBN speed tier available, and is ideal for people that don’t put a lot of thought into their NBN plans. If you don’t do much on your internet, or if you’re someone who really only browses, uses social media or streams the occasional Netflix, this should be right for you. But keep in mind, Optus and Telstra do not offer this internet speed tier. 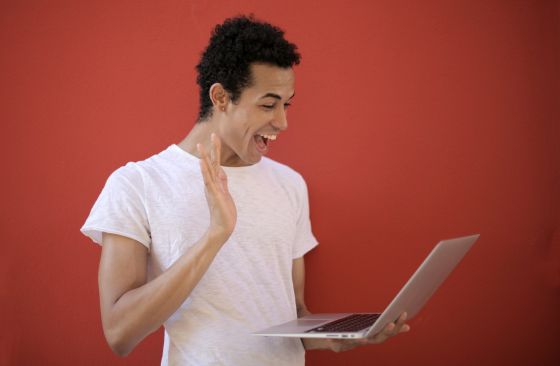 NBN 25, or the Standard Evening Speed, is the most common ‘entry level’ plan speed offered across Australia. Most NBN providers offer this speed as their slowest speed tier, and it’s ideal for single-user homes wanting a fast connection for streaming, gaming, browsing or social media. But if you’re working from home, need a family-proof plan, or doing lots of video calling, you’ll probably need something faster. It’s important to note that Optus does not offer this internet speed tier.

NBN 50, or the Standard Plus Evening Speed, is the super-fast mid tier of NBN speed tiers. If you do tonnes of gaming, or rely on a fast internet connection for your business, take a look at NBN 50 plans. This should also be a great speed if you like 4K or high definition streaming, or have multiple household members online at once.

NBN 100, or the Premium Evening Speed, is the ultimate speed of commonly available NBN plans. This is the most expensive kind of NBN, and it’s great for super-fast online gaming and streaming. It could also be a great way to stay speed-hassle free online.

We’ve done an awesome deep-dive into all of these speeds and what they’re great for here.