The NBN has brought a bunch of awesome retailers to life with the prospect of making it big off the back of an emerging broadband network. This has caused a huge shakeup in the expectations of what should come from NBN providers, as more and more lesser-known telcos started to get better incentives for customers on board, such as call packs and entertainment bundles.

These lesser known providers can stand their ground against telco giants like Telstra and Optus by offering competitive prices, perks and advantages. One provider that should emerge as a victor of the NBN battle is Aussie Broadband, an Australian company that pulls its weight by offering some great entertainment bundles and prices, along with a great reputation for good service.

Aussie Broadband has become a high-rated favourite among NBN sellers, consistently receiving strong reviews for customer satisfaction. However, it’s not yet achieved the household name status of Telstra, a brand that continues to dominate the telco market and offers a similar range of NBN plans and services.

In this guide, we’ll be putting Telstra on the spot against Aussie Broadband, so you can make sure you’re getting the best NBN deal. 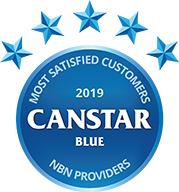 Our ratings were generated from a survey of 2,500 Australian NBN consumers. You can check out the rest of our ratings here.

Telstra and Aussie Broadband offer NBN 25 speeds as their entry level and cheapest offers. Both providers allow you to add-on an entertainment option to any plan, so you can get a Telstra TV or Fetch multimedia box at this speed tier.

You’ll notice straight off the bat that Aussie Broadband’s NBN 25 offering is a lot cheaper than Telstra’s. This is because Telstra’s plan has an added-on phone, justifying an additional $6 in spending. Also note that Telstra’s NBN 25 plans only offer 500GB data packages per month, whereas Aussie Broadband’s offering is unlimited. If you’re demanding on your internet you’ll blow through your 500GB limit, so it might be worth thinking about an unlimited data plan instead.

The following table shows a selection of published Aussie Broadband and Telstra Standard NBN 25 plans on Canstar Blue’s database, listed in order of standard monthly cost, from the lowest to highest, and then by alphabetical order of provider. Use our comparison tool to see plans from a range of other providers. This is a selection of products with links to a referral partner.

The following table shows a selection of published Aussie Broadband and Telstra Standard Plus NBN 50 plans on Canstar Blue’s database, listed in order of standard monthly cost, from the lowest to highest, and then by alphabetical order of provider. Use our comparison tool to see plans from a range of other providers. This is a selection of products with links to a referral partner.

We’ve reached the highest NBN speed offered by both Telstra and Aussie Broadband. Aussie Broadband’s price for NBN 100 is great at just $89 monthly without any contract. Again, this is a sharp difference from Telstra’s lowest cost premium NBN offering, which starts at $110 per month.

The following table shows a selection of published Aussie Broadband and Telstra Standard Plus NBN 100 plans on Canstar Blue’s database, listed in order of standard monthly cost, from the lowest to highest, and then by alphabetical order of provider. Use our comparison tool to see plans from a range of other providers. This is a selection of products with links to a referral partner.

Telstra is a telco giant in Australia, dominating both the internet and phone market share across the country with a well established name and full-service plan range. Aussie Broadband on the other hand is solely known for its broadband offerings – don’t discount this as not having much potential though, as Aussie Broadband has some great plans up for grabs.

Both providers offer the same NBN speeds – Standard NBN 25, Standard Plus NBN 50 and Premium NBN 100. Both providers also offer very similar entertainment bundles, with Telstra selling Telstra TV and Aussie Broadband offering Fetch. These multimedia boxes are completely optional, but they might just tip one of these providers in your favour – they’re certainly worth thinking about if you’re a lover of music, movies and TV.

Depending on promotions available when you sign up, Telstra NBN plans can come with bonuses such as a free month of Foxtel Now for new and returning customers. You can also bundle some Foxtel packages onto any Telstra plan, as well as Kayo Sports streaming. Telstra also has cornered the market for gamers, offering Xbox All Access packages, featuring an included Xbox console and unlimited data.

Both of these options are also quite low risk. They’re both one month contracts, which means after the first month there’s no commitment to stick around. However, while Telstra will waive your modem fee ($216) if you stay connected for 24 months, you will need to pay the remaining balance should you cancel your service earlier. Aussie Broadband’s modem costs $149 upfront, but you can also bring your own modem if you’d like to save on setup costs. 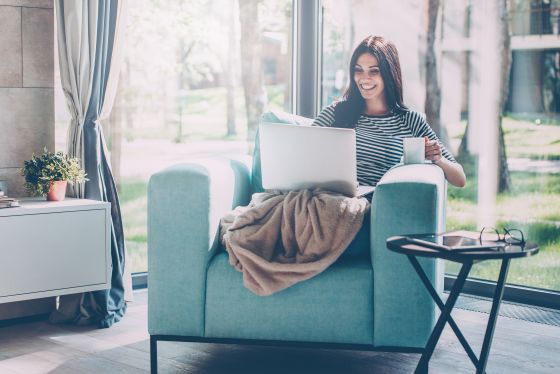 Should I get Fetch or Telstra TV?

If you’re after an entertainment package which streamlines everything and makes all your streaming simple, it could be worth getting Fetch or Telstra TV. Both of these multimedia boxes hook up like a DVD player to your TV, and can be used for streaming from Netflix, Stan, ABC iView, YouTube and other apps from your lounge room TV. With both devices, you can watch any Australian TV channel, plus you can also sign up for extra channel packs, with the ability to record the TV too.

What NBN plan is right for me?

It boils down to what you want out of a plan. Both of these providers offer some great options when it comes to the NBN, including good entertainment bundles and value for money, but you should definitely make sure you’re saving money at every turn.

You’ll want to know which NBN speed is right for you.

Get a 12-month price cut on unlimited NBN with Telstra