The long-awaited Google Pixel 6 and Google Pixel 6 Pro are finally here, showcasing a revamped design and a truckload of updates and features. Google has spent months hyping up its 2021 flagship smartphones, which are set to join the iPhone 13 range and Samsung’s Galaxy S21 series as this year’s must-have premium handsets.

Both devices will be available to pre-order from October 20, and will be offered by the Google Store, JB Hi-Fi, Harvey Norman, and Officeworks, as well as on plans from Telstra, Optus, and Vodafone. If you’re keen on picking up a Pixel, here’s all the details on Google’s newest smartphones.

Google’s standard Pixel 6 features a 6.4-inch, full HD+ display, made from Corning Gorilla Glass Victus with an adaptive refresh rate of 60-90Hz. Both the Pixel 6 and Pixel 6 Pro have been given a noticeable redesign, with the rear cameras now housed in a horizontal black band across the top of the device, rather than the top-left lens configuration found on the Google Pixel 5.

The 2021 Pixel is built with a recycled aluminium body, and features IP68 water and dust resistance. Under the hood, the Pixel 6 is powered by Google’s all-new Tensor processor, custom-made for Pixel phones and packing up to 80% faster performance than the Pixel 5. 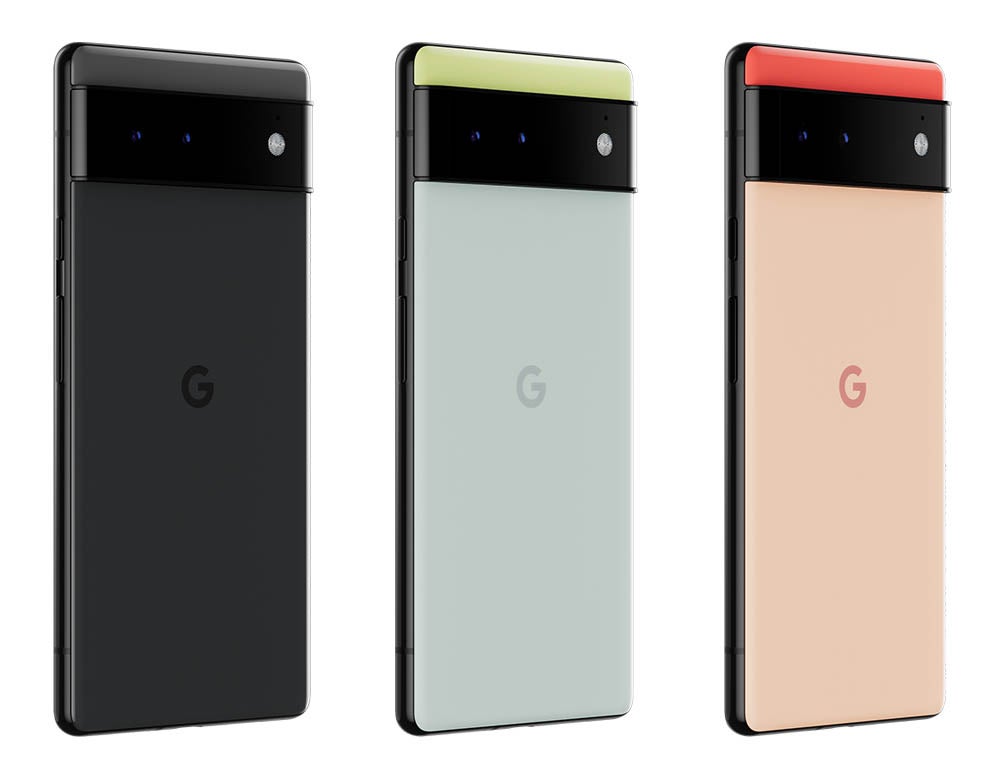 If you’re here for camera updates, the Pixel 6 offers a dual rear camera system, including a 50-megapixel main camera and a 12-megapixel ultrawide lens. Google has claimed that the Pixel 6’s main sensor captures up to 150% more light than the Pixel 5, offering better than ever low-light options, and the tech giant has thrown in a range of new features to maximise the 6 and 6 Pro’s photography capabilities.

Some of the software updates you’ll get with the Pixel 6 include Face Unblur, for clear, in-focus facial recognition, as well as Real Tone to capture more accurate portraits across a diverse range of skin tones. The Pixel 6 also debuts Google Photo’s new Magic Eraser tool, designed to automatically and seamlessly remove unwanted photobombers and background distractions from your favourite shots (no Photoshop required!).

The Pixel’s big 4,500 mAh battery features Google’s Adaptive Battery power saver, which the company says can go over 24 hours on a one charge — even with 5G use. The Pixel 6 and 6 Pro also include Extreme Battery Saver, which switches off unused apps and background processes to keep your phone up and running for up to 48 hours. Each device is also compatible with 30W USB-C charging, designed to replenish your battery by up to 50% in just 30 minutes.

The standard Pixel 6 will be offered with 128GB of storage, plus 8GB of RAM, and will come with five years of security updates guaranteed. Prices begin at $999 AUD, and the device will be available to buy both outright, or on phone plans from the three major Aussie telcos.

The following table shows a selection of published 24-month plans for the 128GB Google Pixel 6 on Canstar Blue’s database, listed in order of cost, from the lowest to highest and then by data allowance, largest to smallest. Use our mobile phone comparison tool to see plans from a range of providers. This is a selection of products with links to referral partners.

Here’s a quick overview of the specs to expect on the Google Pixel 6: 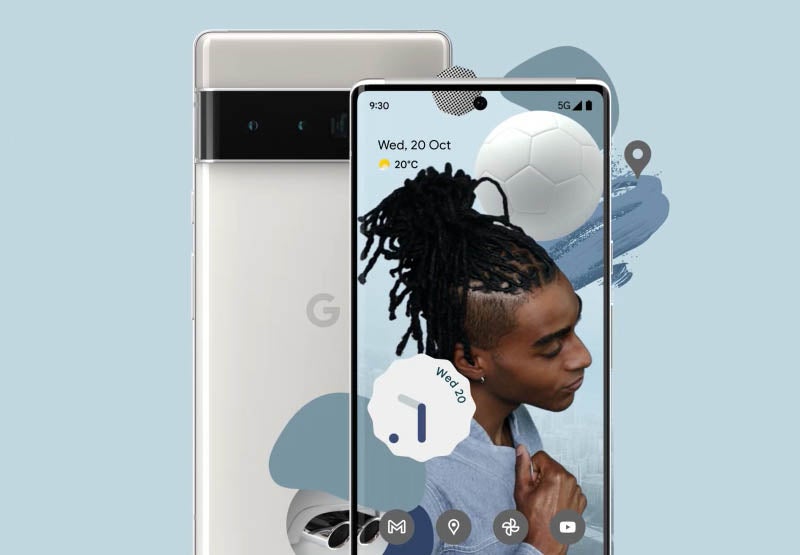 The Pro is the super-sized version of the Pixel 6, packing a big, bright 6.7-inch QHD+ OLED display with LTPO technology, and an intelligently adjusting refresh rate of between 10- 120Hz. You’ll get all the features of the standard Pixel 6, but in a bigger body, and with pro-grade cameras. The Pixel 6 also includes a first for an Australian-launched smartphone: support for mmWave 5G.

mmWave (short for ‘millimetre wave’) is the newest upgrade to the ongoing 5G roll out in Australia, and offers fast, high-capacity performance that’s ideal for city centres. It’s the next step in building out Australia’s 5G coverage, and both Telstra and Optus have now switched on mmWave sites in selected areas.

The Google Pixel 6 Pro is the first phone to be compatible with mmWave technology in Australia, but will still support the more widely-available sub-6Ghz or ‘mid-band’ 5G spectrum. Unfortunately, mmWave capability is only included on the Pixel 6 Pro, not the standard 6, but it’s one of several selling points that set the premium Pro apart from the smaller model.

Shell out for the Pro, and you’ll also get a new triple rear camera setup, including a 50-megapixel main sensor, a 12-megapixel ultra-wide lens, and a 48-megapixel telephoto camera with 4X optical zoom. Like the 6, the 6 Pro offers 150% more light than the 2020 Pixel 5, for a reliable performance in a variety of filming conditions. The Pro also includes the full range of new camera features — such as Real Tone, Magic Eraser, Face Unblur, and Motion Mode for long exposure and action shots — plus a 11.1-megapixel ultra-wide front camera that’s capable of shooting in 4K.

The Google Pixel 6 Pro will retail for $1,299, and will be available from approved retailers and on plans from Telstra, Optus and Vodafone.

The following table shows a selection of published 24-month plans for the 128GB Google Pixel 6 Pro on Canstar Blue’s database, listed in order of cost, from the lowest to highest and then by data allowance, largest to smallest. Use our mobile phone comparison tool to see plans from a range of providers. This is a selection of products with links to referral partners.

See below for a quick run-down of the Pixel 6 Pro’s specs:

If you’re considering picking up the Google Pixel 6 or Google Pixel 6 Pro outright, you’ll need to pair it with a SIM-only phone plan. Begin comparing plans and prices below (note: not all plans offer 5G coverage).