So, you’ve looked at your telco’s coverage map and seen that 4G data coveragee blankets your entire town or city. That’s great, but why can’t you get signal, let alone 4G data? Blackspots may dot around pockets of major urban areas even if maps suggest otherwise. Read on for a list of mobile blackspots to see if you could be affected. Note that blackspots don’t apply to underground carparks or similar where a loss in signal is to be expected.

The Federal Government has committed $220m to a blackspot program aimed at building infrastructure in areas with traditionally poor, or no, mobile reception. Areas mainly include major regional transport routes and in smaller areas along these corridors. The three networks in Australia – Telstra, Optus and Vodafone – are all on-board, rolling out a series of infrastructure projects due to be completed in 2020.

The following list will primarily comprise of the most populated areas, but many regional areas are also affected. You can view each telco’s blackspot list – and even find blackspots – using these links to the telco’s respective websites:

Capital cities are well covered in regards to blackspots, but others in the regions aren’t so lucky. Most areas are luckily due to be completed sometime in 2020 so you shouldn’t have to suffer much longer. 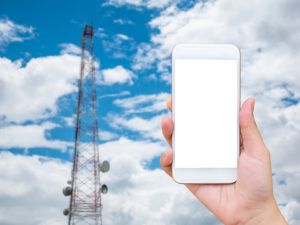 Many of these blackspots are out in the far reaches of the states, while most of the coastal fringe and most populated areas are well-accounted for. Luckily across all three carriers, blackspot infrastructure is being rolled out and is due to be completed 2020. The sites vary for each telco and while you can find more detailed information of these sites on the telcos’ websites, below is a snapshot of some sites expected to be completed 2020.

Most of these locations are due to be on-air by mid 2020.

Telstra has a fair few blackspots identified in the south east corridor. Telstra has mainly planned to build a base station in these areas, but ‘small cells’ are still built in a select few locations. Identified blackspots include:

As with Optus, Telstra plans on getting these sites live in 2020. Visit the Telstra site for more detailed information.

Just two destinations are identified as blackspots by Vodafone scheduled to be completed in 2020.

Most of these areas are due to be completed in 2020.

These sites are spread across NSW set for completion in 2020.

These sites are scheduled to be completed in 2020.

Most of Victoria is pretty well covered, with the greater metropolitan area of Melbourne featuring no blackspots. Still, some do exist and Optus has these and other sites planned for completion in 2020.

Telstra covers Melbourne very well, but several clusters of blackspots do exist outside of the state’s capital. Many of these sites are expected to be completed in 2020.

Vodafone has identified two areas in Victoria as a blackspot and is expected to complete these sites in 2020.

Optus has a few sites around Tasmania, including the above, which are set for completion in 2020.

Telstra has has already rolled out a lot of sites across Tasmania but still have some due for completion in 2020.

Vodafone has a handful of Tasmanian sites listed due for completion in 2020.

Optus currently only has the above two sites listed for completion in 2020.

South Australia is pretty well covered, but Telstra does have several sites around the state due for completion in 2020.

Vodafone currently has no SA sites listed in its rollout.

Most of Optus’ targeted blackspots centre on tourism locations, with sites expected to be completed in 2020.

Telstra has rolled out many sites in the NT and has a couple set for completion in 2020.

Vodafone currently has no blackspots listed in the Northern Territory.

Optus has rolled out most of its WA sites with only a few set for completion in 2020.

Telstra covers WA pretty well and has new base stations and small cells planned for roll out in 2020.

If you’re in an area with new network connection, or you’ve seen your area listed above or on the telco’s website as a yet-to-be-completed blackspot site, it might be time to look into a new phone plan if you haven’t already. While there are many mobile virtual network operators (MVNOs) out there that operate on one of the three networks (Telstra, Optus and Vodafone), your starting point might be to look into phone plans from the big three.

When you’ve found a plan and telco you like the look of, it’s worth checking the coverage maps on the telco’s website to ensure that your area is meant to have coverage on that network.

So, if you’re looking for a SIM-only postpaid phone plan from Telstra, Vodafone and Optus, the table below shows a selection of comparable postpaid plans from our database, which show a minimum of 10GB data, listed in order of advertised cost, lowest cost first, then by data allowance, largest to smallest. Use our comparison tool to see a wider range of plans from other providers. These are products with links to referral partners.

What do I do if I’m not covered?

Don’t see your town or suburb in the above lists? Don’t panic – full lists are available on the carriers’ websites. Additionally, if you live in a capital city or major metropolitan hub, you likely needn’t worry. Still, if you live outside of these areas and you’re not slated to get your blackspot fix, the telcos are continually rolling out and planning new stations in 2020.

If in doubt, talking to your telco can be enough to ignite change. The federal government and the telcos are spending nearly a quarter of a billion dollars on improving mobile network coverage, so it’s definitely worth reaching out to see if you can receive coverage in your area.