But for fans Down Under, where exactly can you catch the action of the FA Cup? Find out all you need to know in this Canstar Blue guide. 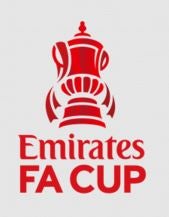 How to watch the FA Cup

After a brief period up in the air, the FA Cup has been picked up by ViacomCBS – the same company behind Paramount+ – with matches available to watch on 10Play.

10Play will offer coverage for the majority of FA Cup matches, with matches available live and on-demand.

Want more football? Kayo is a streaming platform that provides access to a wealth of sports, from basketball to cricket, motorsports and soccer. Click ‘go to site’ for more details.

When does the FA Cup start?

Traditionally, the FA Cup generally starts in August of each year after the conclusion of the EPL season, but due to a COVID-affected season, the 2021-2022 FA Cup kicked off on November 7, 2021.

The FA Cup is well under way, with the Fifth Round fixtures listed below:

How can I watch the FA Cup final?

While not confirmed at the time of writing, it’s expected that 10Play will also have coverage of the FA Cup Final in addition to its coverage of the rest of the competition.

Who plays in the FA Cup?

The FA Cup is an English football competition that sees 124 teams take the pitch in a knockout tournament. Generally consisting of 20 Premier League teams, 72 teams from the EFL Championship, EFL League One and EFL League Two divisions (which sit below the EPL tier), alongside 32 teams from the National League System, which are the lower professional divisions within England.

Who competes in the FA Cup is determined via the previous seasons ranking, with the winners of the FA Cup qualifying for the UEFA Europa League and a place in the FA Community Shield competition.