Pedestal, tower and desk fans provide affordable cooling solutions that are great for small spaces. These fans are convenient, portable and use negligible amounts of electricity compared to air conditioners. In this article, Canstar Blue looks at the running costs of pedestal fans, tower fans, desk fans and bladeless fans.

How much does it cost to use a pedestal fan? 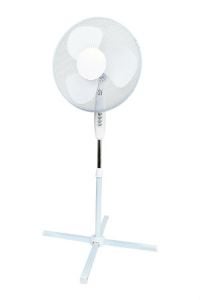 How much does it cost to use a tower fan?

The standard tower fan uses around 100W of electricity which will cost 2.9c per hour to run, assuming an electricity usage rate of 28.7c/kWh. Whereas pedestal fans blow air in a focused circular area, tower fans use several small, vertically aligned fans to create a column of air flow. This means a tower fan usually consumes more electricity than a pedestal fan.

The below table uses a 3-setting tower fan with a maximum output of 100W. Again we assume an electricity usage rate of 28.7c/kWh.

How much do floor fans cost to run? 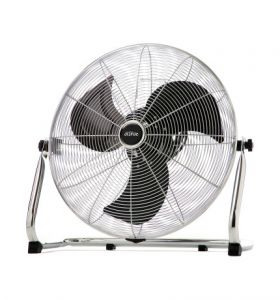 Floor fans consume a similar amount of electricity to tower fans – around 100W, again costing about 2.9c per hour. Some floor fans also include a heating function, with a max output of 2kW – a similar level of electricity consumption to some air conditioners. At a usage rate of 28.7c/kWh, using a floor fan for heating could cost up to 57.4c per hour.

How much does it cost to use a desk fan? 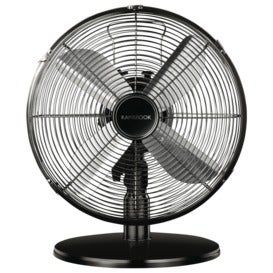 A desk fan will cost less than one cent per hour to run with the annual cost coming in between $3.77 and $12.57 depending on how it’s used. Desk fans are small and are ideal for cooling a single person. As a desk fan is designed to sit close to you, it has a much lower max power output of around 25W to 35W.

To keep things simple, we will again assume this desk fan has three settings, and that it has a 30W output. We will also maintain a usage rate of 28.7c/kWh.

Desk fans are clearly the cheapest type of fan to operate, but it is not suitable for cooling rooms. That means it doesn’t serve as a viable alternative to tower, pedestal or ceiling fans.

How much does it cost to use a bladeless fan?

Bladeless fans are cheaper than traditional fans to run, generally only costing between 0.34c and 1.15c per hour to use for cooling purposes. Bladeless fans use turbine technology to suck in air and amplify airflow output.

Dyson holds the intellectual property rights to the bladeless fan design and is notoriously secretive about some of its specifications – including power output. It is believed, however, that its bladeless tower and pedestal fans use a 40W motor, while its desk fan model uses a 31W motor.

Unlike the previous types of fans we discussed, Dyson Bladeless fans have a myriad of settings (not just three), so we will separate the running costs of desk fans and tower/pedestal fans at maximum output. Once again, we are using a usage rate of 28.7c/kWh. 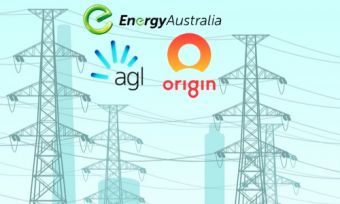