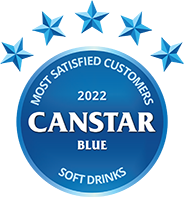 Soft drinks are soda-licious! Cracking a cold can of cola or lemonade after a long day at work or to accompany a meal is one of life’s simplest pleasures. And luckily for us, we’re spoilt for choice when it comes to carbonated beverages. Think creaming soda and ginger ale, or any other tingly combinations like lemon squash, passion fruit punch; or even raspberry fizz! You get the gist – soft drinks come in all flavours and colours. This in turn does beg the question – is there one soft drink brand that fizzles up above the rest?

To find out, we asked more than 1,400 Aussie consumers to rate the soft drinks they’ve purchased from a supermarket or grocer, and consumed in the last three months. Survey respondents scored brands on taste, variety, packaging design, value for money and overall satisfaction. Brands that met the minimum required survey sample size (30 responses) are rated and compared above.

So, which brand crushed it and which got canned? Bundaberg returned to the top of the ‘glass’ (after winning in 2020), receiving the only five-star review for overall satisfaction. It also achieved full marks in most other categories!

Here are the best soft drink brands in Australia, as rated by consumers in Canstar Blue’s latest review:

Bundaberg or ‘bundy’ as we often call it, makes craft brewed premium soft drinks which Aussies have loved for yonks. The brand is also famous for its tagline ‘brewed to be better’. Bundaberg Co is a family-owned business founded by the Flemings, who still run it today. Bundaberg offers a wide range of fizzy combinations, including:

Bundaberg impressed consumers with five stars for variety, taste, packaging and overall satisfaction. It got four stars for value for money.

Schweppes is one of the finest creators of mixers, mineral waters and sparkling beverages since 1783. The brand’s wide soft drink offering has a unique depth of flavour and quality, thanks to the techniques and recipes it’s crafted and refined over the last two centuries. The Schweppes product range includes the following flavours:

Schweppes achieved five-star reviews for variety and packaging design, before ending on four stars for taste, value for money and overall satisfaction.

Sprite is another Coca-Cola product. It’s the lemonade with a crisp, clean taste and a distinctive colourless appearance that Aussies have loved for generations. The Sprite product range includes two easy-peasy lemon squeezy options:

Sprite received five stars for packaging design and four stars for taste, value for money and overall satisfaction. It got three stars for variety.

Coca-Cola needs no introduction. But did you know the brand started in Australia with just 10 staff and four trucks? Coca-Cola now offers the widest range of beverages including waters, iced teas, juices and carbonated drinks. Coca-Cola also owns big-name brands like Sprite and Fanta. Here’s a product selection from its classic Coca-Cola range:

Coca-Cola achieved four stars for variety, taste, packaging and overall satisfaction. It got three stars for value for money.

Kirks is one of Australia’s original soft drink makers since 1865, and a favourite thirst-quencher for anyone who values quality and authenticity. It’s currently owned, manufactured, and distributed by Coca-Cola. Kirks lemonade and Pasito are probably the two most iconic products in the range, as classic as a pair of Havaianas thongs! Plus, they contain no artificial colours or flavours. Kirks has a wide selection of soft drinks to choose from, including:

Kirks received four stars for taste, value for money and overall satisfaction. It scored three stars for variety and packaging.

Pepsi is the PepsiCo. signature cola drink and another leading brand that’s quenching Aussies’ thirsts with a variety of bubbly beverages. Some include Pepsi, Pepsi Mango, Pepsi Vanilla and Pepsi Creaming Soda. These are available in a wide range of sizes, from 200ml cans to 2L bottles. Pepsi can set you back around $3 – $4 for a single bottle at most supermarkets. You can alternatively grab a Pepsi Max, Pepsi’s other sibling, for a sugar-free option with ‘max taste’. Other options include:

Pepsi earned four stars across the board, such as for taste, value for money and overall satisfaction.

The Coles own brand range also has a good selection of soft drink combos and flavours for just $1 for a 1.25L bottle! It has a wider range of flavours to choose from compared to major brands, with some options including:

Coles achieved four stars for variety, value for money and overall satisfaction. It got three stars for taste and packaging.

Woolworths has a great range of homebrand soft drinks available in stores and online. The supermarket giant offers a wide selection of canned and bottled soft drinks including crowd favourites like:

Woolworths was rated best value for money, earning a five-star review, and scored four stars for variety and packaging. It got three stars for taste and overall satisfaction.

Owned by Coca-Cola, Fanta is behind our favourite fruit-flavoured carbonated drink, first bringing us the original Fanta Orange and various juicier combinations after that. Aside from the classic tingly, fruity taste of Fanta Orange, the brand also offers:

Fanta maintained three stars in all categories, including for taste, packaging, variety, value for money and overall satisfaction.

Solo has been crushing the thirst of Aussies with its original pub squash since 1973. Dare we say it remains one of our favourite lemon-flavoured bevvies today, especially after a hard day’s work? Yes! Solo products are said to contain 5% real lemons. An affiliate of Schweppes, Solo has kept to its lemon roots with only two products in its range:

Solo rounded up the results on three stars in all areas, such as for taste, value for money and overall satisfaction.

Our latest survey shows Bundaberg is clearly doing something right, after scoring the only five-star review for taste and overall satisfaction. Although Woolworths remains the brand of choice if you’re looking to get the best value for money.

However, what you ultimately buy will depend on your preferred flavour. Do you like a fruity, tingly taste or more of a robust, spicy taste? Nearly one in three consumers (29%) simply prefer anything sugar-free or low-sugar because they think it’s healthier than regular soft drinks. Luckily, soft drinks come in all flavours and colours which means you’ll have plenty of options to try until you find a soda that makes your taste buds pop.

Canstar Blue surveyed more than 3,000 Australian adults across a range of categories to measure and track customer satisfaction, via ISO 26362 accredited research panels managed by Qualtrics. The outcomes reported are the results from customers within the survey group who have purchased (from a supermarket or grocer) and consumed soft drinks in the last three months – in this case, 1,429 people.

Check out the past winners of Canstar Blue’s soft drinks ratings: 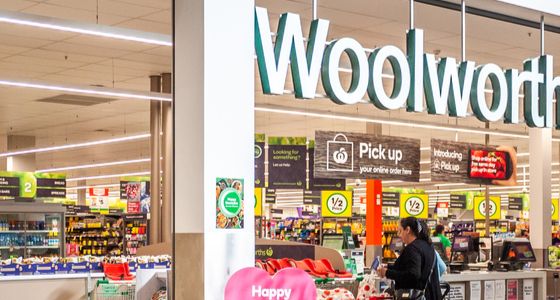 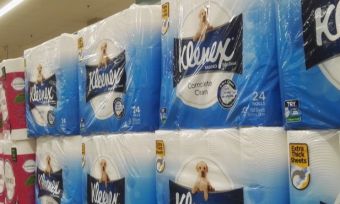 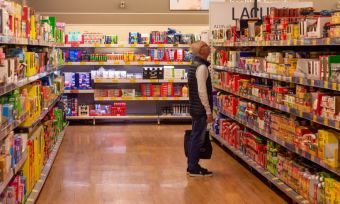 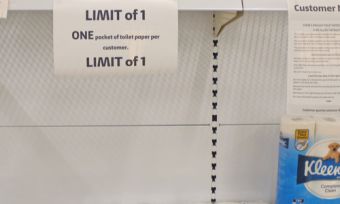 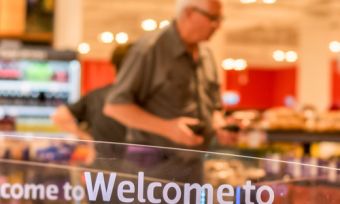 Woolies first announced it will open its doors an hour …