In the world of broadband, the big fish like Telstra and Optus still dominate the ranks, but there is an undercurrent of smaller providers offering great value. Skymesh is one of them, and has surprisingly been around for a few years. Founded in Brisbane in 2005, Skymesh has expanded to provide its customers affordable and effective broadband plans. Find out all you need to know in this Canstar Blue review.

Skymesh has evolved to become one of the premier NBN providers in Australia. As such it has a range of plans to suit a lot of potential suitors.

Skymesh offers well over 30 plan combinations across its FTTP, FTTN, FTTB, Skymesh and fixed wireless NBN services. Below is a general overview of what Skymesh has to offer both FTTN and Fixed Line NBN customers. Generally, data allowances remain the same across all speed tiers, but the price increases by $5-$10 per month when you opt for a higher speed.

So if you want Tier 3 speeds, expect to pay $44.95 a month for the base plan, and so on. It’s promising to see you seemingly don’t have to compromise by opting for one particular NBN delivery over another. However, there are a couple benefits to choosing a faster NBN speed tier, but they are likely not deal-breakers for those opting for cheaper plans:

So, if you’re still with us and have wrapped your head around Skymesh’s dizzying array of NBN plans, it’s time to look at its Skymuster plans.

SkyMuster is the latest in NBN Co’s internet arsenal. You get a lot of the benefits of NBN, but it’s available to people even in remote locations that cannot access fibre broadband. To connect you to these various mobile broadband services, Skymesh has a range of plans that are quite peculiar and interesting.

Beyond its bucket load of NBN plans, Skymesh has a range of perks that may sweeten the deal. Most of these are only available on the fibre NBN plans.

These are just some of the perks that Skymesh has included to ensure the overall internet experience is satisfactory.

How does Skymesh broadband compare to the competition?

Skymesh’s huge range of NBN plans makes the brand contend with a lot of others. Luckily it seems to compete fairly well, however there are a few providers that are also worth taking a look at for included value.

Skymesh’s fibre NBN plans seem to offer the best value out of its NBN range, so let’s see how its plans compare. As you can see, Skymesh technically does not offer ‘unlimited’ data, but anything over 2 terabytes is a helluva lot. This is undoubtedly to discourage those heavy torrenters and downloaders from clogging up the network. Still, Skymesh features some tough competition, with many offering 1000GB+ data on the NBN 50 speed tier for under $80 a month. Other providers worth keeping an eye out for include Mate Communicate, Amaysim, Vodafone and Kogan NBN.

Those living out in the bush have decidedly less broadband options – but there is still a choice. Skymesh is one of the premier providers in the SkyMuster space, providing pretty competitive plans on the whole. Other providers worth keeping an eye out for include Southern Phone, iiNet and Harbour ISP. Given the popularity of peak/off-peak data limits, it can be hard to decipher what plan is most competitive. With SkyMuster, you may want to take a holistic view, and consider how much downloading you can do after midnight.

Skymesh is certainly one of the providers with the biggest swag of NBN plans on the market. With every conceivable NBN delivery, Skymesh is well placed to offer something for everyone wanting an NBN plan. From the urban dwellers wanting high-speed cable, to the rural battlers who can only access satellite and mobile services, Skymesh is well-suited to tackle your NBN needs.

However, even with its huge collection of plans, Skymesh is decidedly middle-of-the-pack when it comes to all-out value. Although, these may be the tipping points you need to get you to go with Skymesh:

Nevertheless, it’s worth taking a look at the other providers out there to see how far you can go with your budget. 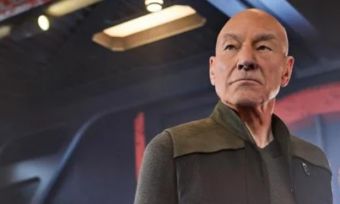