Advertisement
It may come as a shock to some, but Tesla isn’t just a luxury electric car brand – it’s also a household name for solar energy supporters everywhere. Tesla manufactures high-end battery storage systems to go along with solar panel rigs.

Now, alongside electricity company Energy Locals, Tesla has launched a power plan in South Australia and Victoria designed to encourage residents to adopt a solar battery and save on their power bills. Find out if you stand to save with the new Tesla Energy Plan.

What is the Tesla Energy Plan?

The Tesla Energy Plan is unique – it’s an energy plan designed specifically for customers with a Tesla Powerwall, or those who want one. Tesla and power company Energy Locals have partnered up to bring households in New South Wales, South Australia, Queensland, Victoria and the ACT low electricity rates and a deal on solar battery storage.

It works in two ways, by signing up to the energy plan, customers will receive a discount on the Tesla Powerwall (if they don’t already have it) and get access to some of the cheapest power rates in market.

What does the Tesla Energy Plan get me?

Those that sign-up to the Tesla Energy Plan on a time of use tariff will be entitled to the following benefits:

According to Energy Locals, the three time periods that customers in South Australia will be charged for usage are peak, off peak and solar sponge. Times are found below:

In line with Victoria’s default peak and off-peak timing, there are two time periods that customers in Victoria will be charged for usage are peak and off peak. Times are found below:

*The rates are based off Melbourne’s Citipower Network. Pricing may vary on other distribution networks.

Wait, what is the Tesla Powerwall? 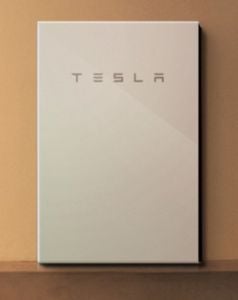 The Tesla Powerwall is a home battery system. It works in conjunction with your solar panels to store up to 14kWh of electricity, which for some households, could be enough to mostly self-sustain. We’ve written a comprehensive review on this storage system, which you can check out here:

Can I sign up if I already have a Powerwall or other storage system?

For customers who already have a Tesla Powerwall, signing up to the Tesla Energy Plan becomes much easier. The Powerwall has the capability to be part of a Virtual Power Plant, upon which joining is a condition of the plan, first Powerwall owners will be required to upgrade their system in order to reap the benefits.

To really stress the point, in order to be eligible to sign up to the Tesla Energy Plan, you have to have a Tesla Powerwall installed at your property. No other home battery systems are eligible.

Am I still eligible for the South Australian Home Battery Scheme with this offer?

Yes. According to Tesla, this energy plan ‘complements’ the South Australian Home Battery Scheme. What that means is that in estimating the cost of your subsidised system, Tesla will factor in this government subsidy, which can offer up to to $2,000 off the upfront costs, depending on criteria. Upon beginning the installation process, Tesla will provide customers with a link to RateSetter, which is working with the SA Government to administer the Home Battery Scheme for eligible customers.

Am I still eligible for Victoria’s Solar Battery Rebate with this offer?

According to Tesla, customers in other states may be able to save on the purchase of their Powerwall through their state government’s rebate scheme. Victoria’s Solar Battery Rebate offers up to $4,174 (until all previous rebates are filled) to households looking to install a solar battery on their premise. For more information on whether you will be eligible for this rebate on your Tesla Powerwall purchase, it’s best to go to the Victorian Government’s website.

I’ve never heard of Energy Locals, can I trust them?

Energy Locals is still a relatively new retailer on the market, having only been around for a few years. That being said, much like any energy company, your supply isn’t necessarily dependent on which provider you’re with. Unless you stop paying your bills altogether, your supply should remain consistent.

As part of this plan, Energy Locals takes care of all electricity retail services, such as billing, account management and customer support.

Will I get a feed-in tariff with this plan?

It may sound a bit contradictory, but most people that install solar panels and batteries will still be connected to the grid. This is because when not enough power is generated by your panels, you’ll need to make up the shortfall with electricity from the grid or risk losing power altogether. On the other hand, any extra energy you generate could be fed back into the grid for a feed-in tariff.

On the Tesla Energy Plan, you’ll be part of a Virtual Power Plant, which means that from time to time, any excess power generated by your system could be exported into the grid before your battery is fully charged. For any grid exports, Tesla Energy Plan sign-ups will receive a feed-in tariff rate between 2.5c/kWh and 7.5c/kWh, depending on how much power is exported in a month.

Can I live off-grid with this plan?

As mentioned, in order to be eligible for this plan, customers must acknowledge they’ll be a part of a Virtual Power Plant, which remains connected to the grid. More on that below. 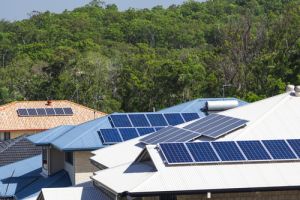 A Virtual Power Plant, or VPP, exists when many homes with solar panels and battery systems become connected to generate, store and feed energy back into the grid as a unit. In South Australia and Victoria, this is particularly beneficial, as these VPPs could be used to draw electricity into the grid at times where the network needs it most.

In layman’s terms, this could help prevent blackouts for you and your wider community. Tesla will manage your solar storage system, importing and exporting energy as it deems necessary, and providing customers with the lowest available import/usage charge available in the state.

How do I sign-up to the Tesla Energy Plan?

So, you’re sold on the energy plan, but how do you sign up to it? Do you go through Tesla or Energy Locals? Here’s a step-by-step guide to switching to the Tesla Energy Plan:

Is the Tesla Energy Plan a good deal?

On the surface, the Tesla Energy Plan seems like a great deal. With a discount on the Powerwall and competitive flexible usage rates, this plan certainly boasts attractive features. However, it’s important to keep in mind intent when considering this deal. For a household in South Australia or Victoria that already owns or plans to install a Powerwall, the Tesla Energy Plan could be a great fit. Though in a situation where you may be uncertain as to which storage system will have the best payback outcome, it’s best to do your research and figure out your best options.

**based on 4000 kWh/year for a residential site on a time of use tariff in South Australia, Feb 2021. Your bill will differ based on your usage. Please refer to the Basic Plan Information Document here.